We had a great day cruising down the Kiel canal. The sun was out and everything was right with the world. Like the previous day, the canal was busy with tankers, ferries crossing and other boats but today there was other wildlife too.

First up was a dog vs swan standoff! I’m not sure who won that one.

After that the pedestrians and cyclists came out. Jamie made lots of friends and captured lots of smiles by waving to them. The best ones were the oldies and the children, their faces would simply light up like a beacon as we sailed past and it was fun to spread the love.

Pete and I however are fellow Yorkshire men, and I think we’ve watched one too many episodes of ‘Last of the Summer Wine’. Our game was to wave to the cyclists in the hope that they would take their hand off their bike to wave and either fall off or veer off into the canal. We didn’t succeed, however we did come close a few times. Oh well better luck next time!

I was quite sad to leave the Kiel canal, we’d had so much fun and for a short time the anxiety of crossing oceans had been forgotten. But as the day came to an end, so did the end of the canal.

This time our lock companion was a huge container ship by the name of Charlotta B. The plan was that she would go into the lock and we’d follow her in and tie up the other side. Then we’d exit the lock first.

It was all going well as we entered the lock and then all of a sudden pieces of timber decking started shooting out from the side of the lock towards us, like some kind of crazy Sonic the Hedgehog game. It was a bit of a squeeze anyway but this made the space available to us even narrower. It was pretty scary but we did manage to avoid them and we tied up where the decking was more fixed. I’m sure some lock controller we couldn’t see was very sad he didn’t put a massive dent in the hull.

We waited patiently for the water level to rise and the gates at the far end to reopen. Slowly a small gap appeared and the next thing Charlotta B’s linesmen started bellowing ‘Go go go!’  So we all jumped to it and headed through the gates and out into very eerily lit open water beyond. 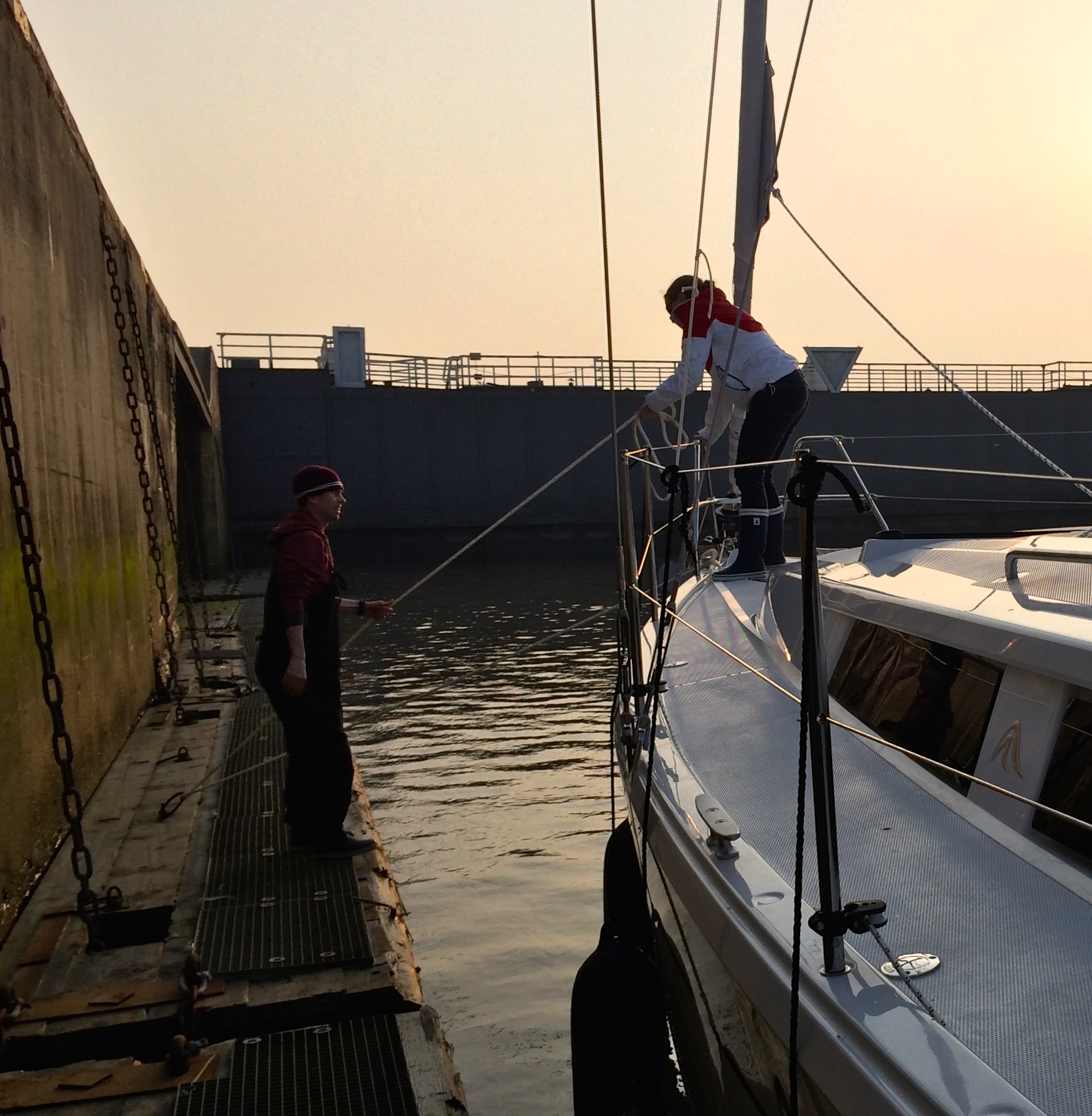 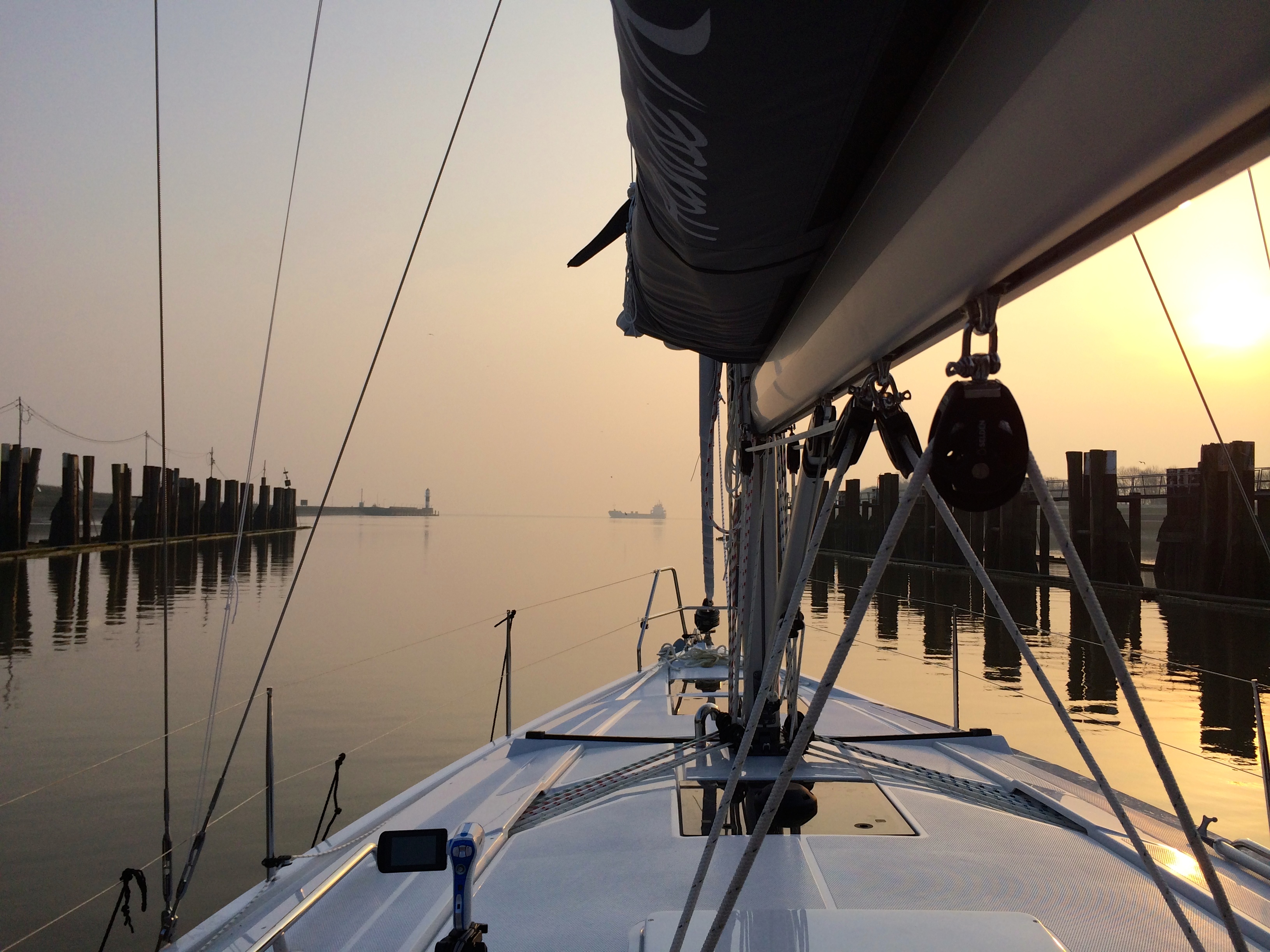