After spending a few lovely days in Porto we decided it was time to get some more miles completed so we did a hippety hop down the coast of Portugal towards Lisbon – the Portuguese capital. We were conscious that every day we spent here was a day that we wouldn’t have in the Med and the longer we stayed out of the Med the less chance we’d have to make it East as far as Greece or Turkey.

Having said that, we woke up in the morning and decided that we were actually quite exhausted and we’d stay another day! Ha! Sometimes you just have to roll with the punches.

The day after we were bright as buttons, up and on our way. We said goodbye to Porto in our own particular style – that is messing up the exit from the pontoon. Luckily there was no-one beside us to hit and due to the early hour only one helpful witness. It would have to be the one day that I’d been extra efficient and stowed the lines. Back on went the lines and then we reassessed the conditions, sprung off correctly and were on our way. I guess we just didn’t want to leave Porto. 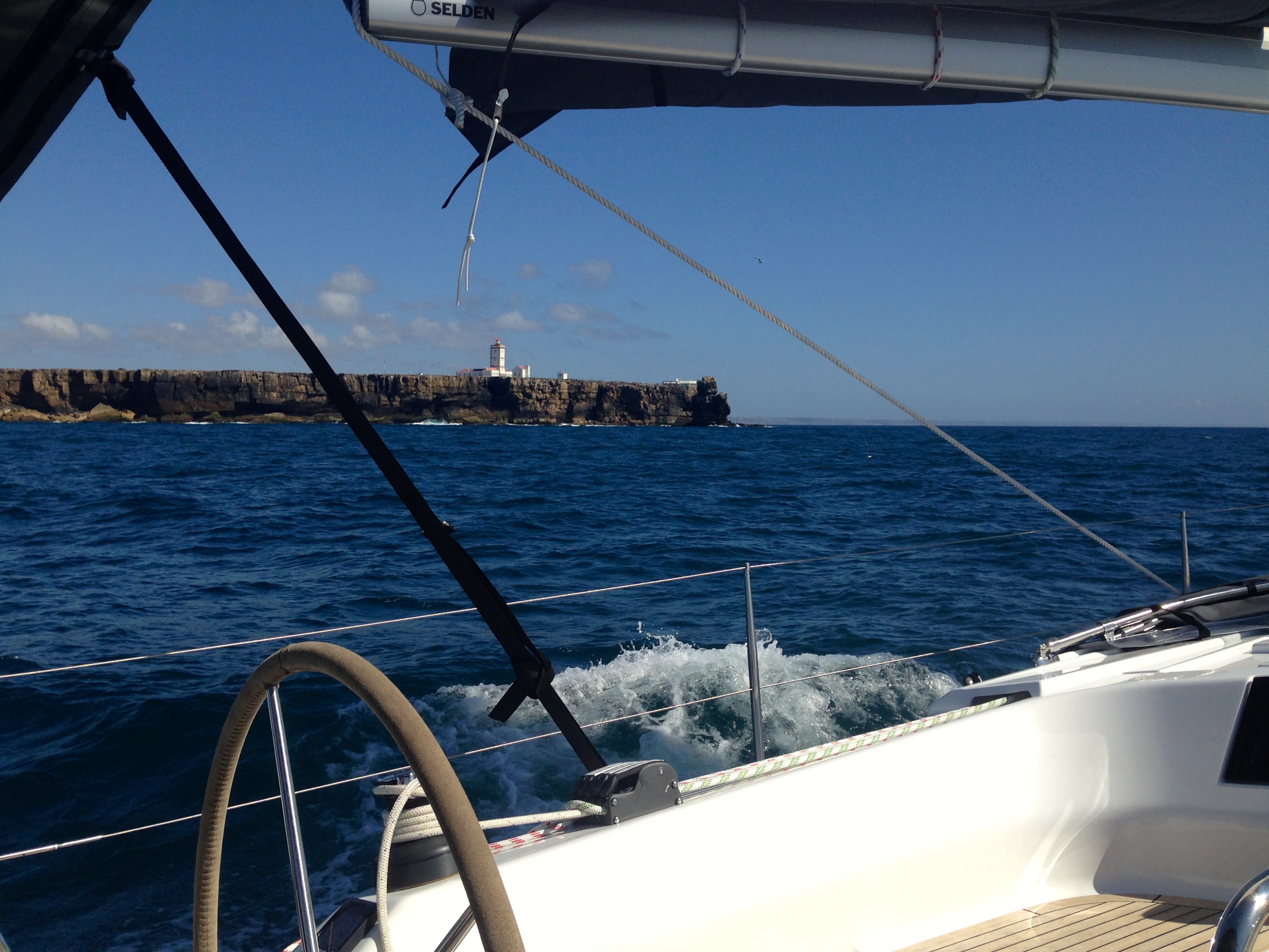 The next stop was Figueira da Foz which we chose simply because it was a day hop away. The marina got ok reviews and, in fact, it was, ok. We had a couple of standoffs with some tankers on the way in. I guess they thought high tide would be a good time to up anchor and enter the harbour. We’re too small to play chicken with them so we ended up slinking in after them. It’s funny how used to 200m long supertankers we are these days. Crossing from Germany they scared the life out of us, now we’ve got to grips with the AIS and we can find out what they’ll do, how quickly they’ll do it (they sure can motor) and give them the space they need.

The marina was actually pretty full so after docking at the fuel berth and checking in with the friendly marina man, we took the last berth on the pontoon near the entrance. Do not choose this one if you get the chance as the wakes from the fishing bouts smack you every ten minutes so there’s not that much sleep to be had. And to be honest there’s not that much going on in Fig da foz at all – the casino, rumours of a Maccas (we can’t confirm this), a few empty restaurants and that’s that. So we opted for pasta on board and an early night. 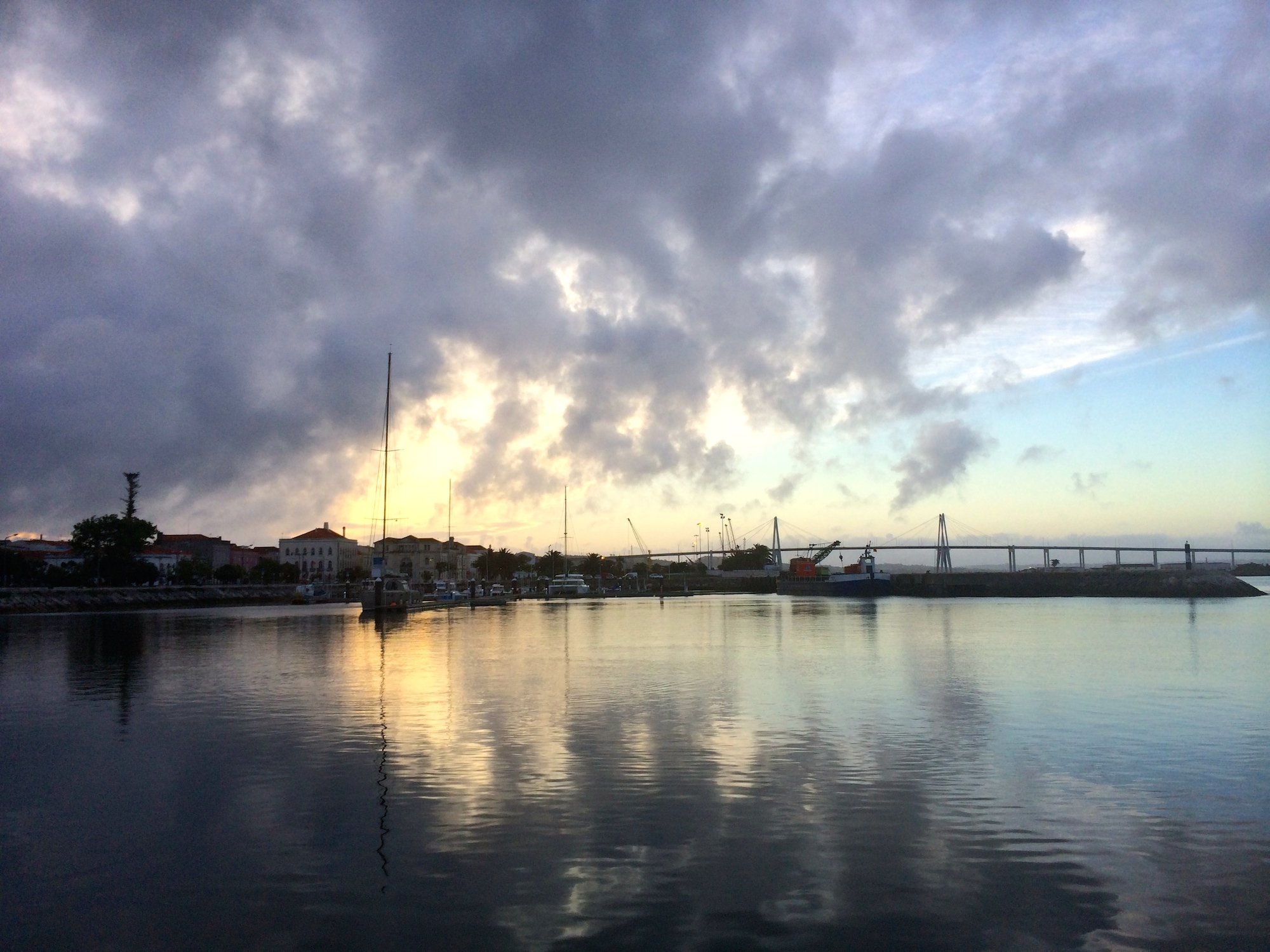 I had been looking forward to Peniche for a while. The fish restaurants are famed for their freshly caught seafood so as soon as we had docked, we headed out. The town was pretty dead but we hunted down a little place that we’d seen on Trip Adviser. Once we were seated and tucking into some delicious bread, we got some free entertainment watching a German couple kicking off to the owner about something to do with their bill. We were a bit worried but ended up having a great meal. The fish stew was amazing, with so many different types of fish and some yummy prawns to boot. The owner of the restaurant was really friendly too. 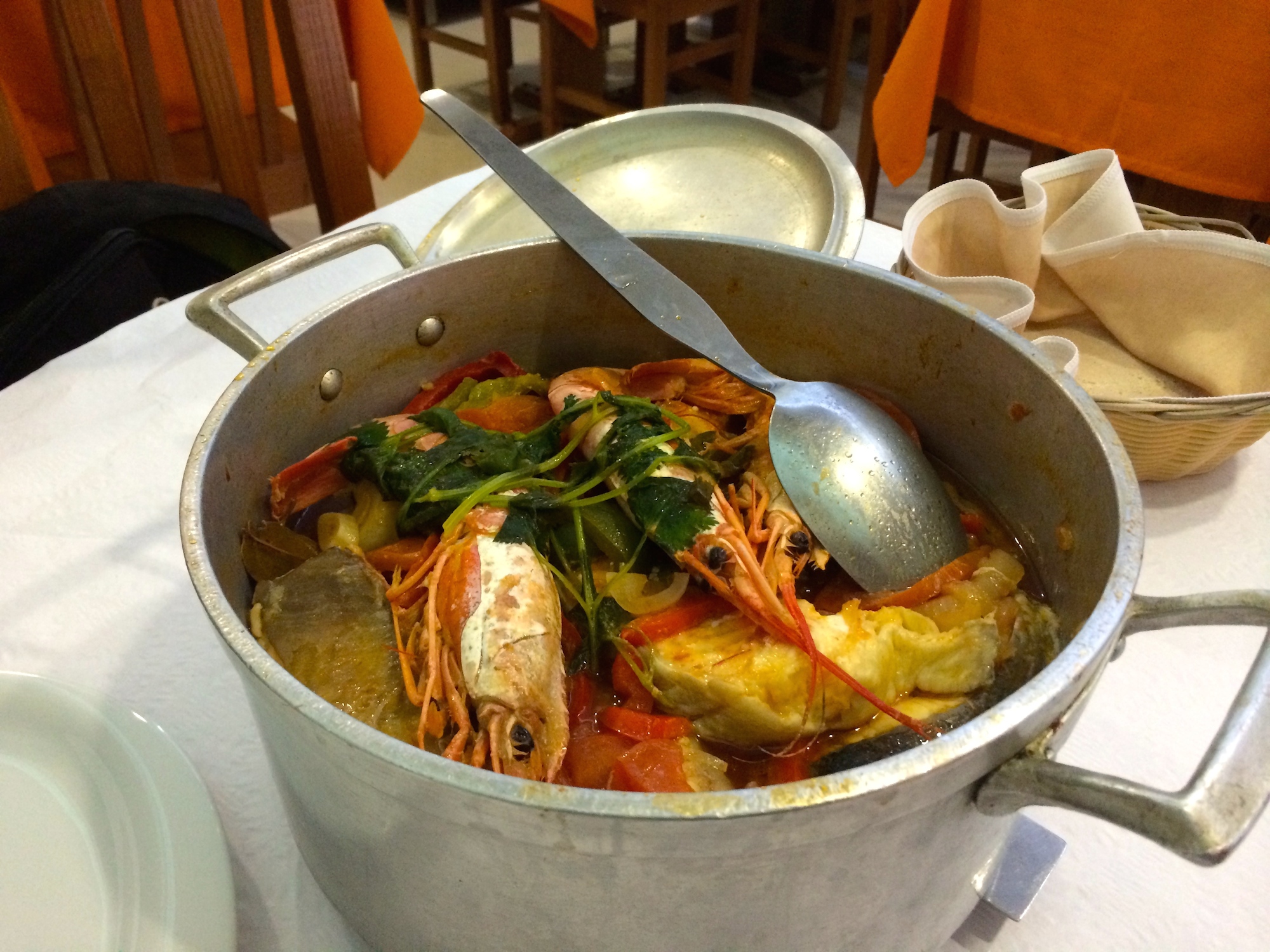 From Peniche it was just a short sail around the ‘nose’ of Portugal. Throughout the trip many people had told us ‘Once you pass… the weather changes’ and this was another of those times. A big milestone and so we were quiet excited – plus we were looking forward to visiting Lisbon.

The weather window was closing fast though. We’d checked the weather with the guys at the marina office in Peniche and found out that the weather would be very still in the morning but would be picking up by the afternoon and there would be BIG WIND and BIG SWELL by 3pm. That would continue for three or four days so if we wanted to make Cascais (and therefore Lisbon) before the weekend then this would be our last chance.

We thought we’d chance it, which mean’t getting up early and motoring all the way. So we were up with the crows, then motor on all the way. We checked our average speed constantly to make sure we would make it before 3pm. And it all went smoothly. By 2.30pm we were checking into the marina at Cascais.

Originally we’d planned to anchor here for the night to save some pennies, but due to the BIG WIND and BIG SWELL we opted for the safety of the marina. And so there we all were, me, Simon and Interlude all scrubbed and clean, waiting for the bad weather to arrive… and waiting… and waiting. We’re still waiting…!   :/ 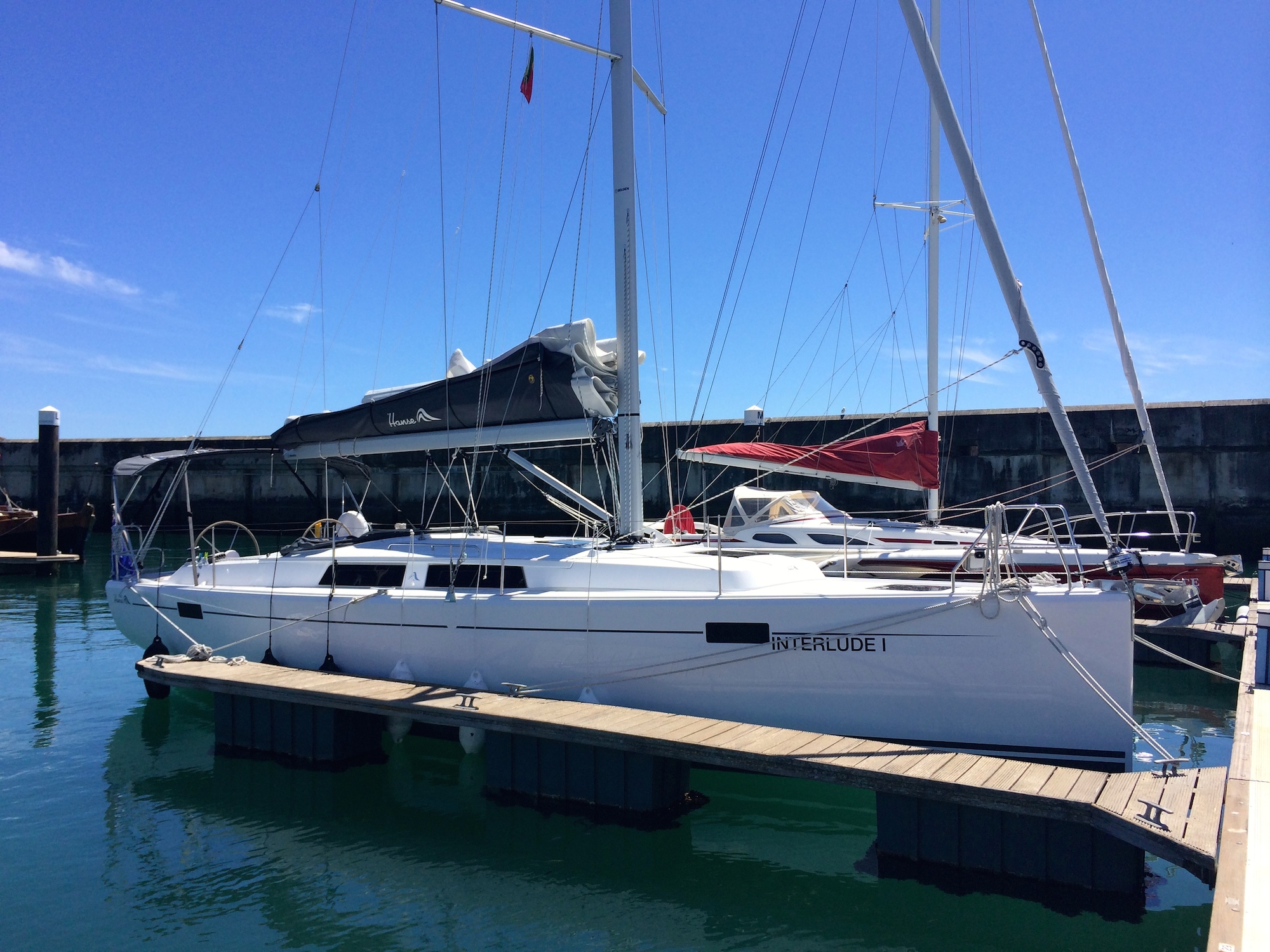