We spent more time than we thought in Alcudia, waiting for some help with our service batteries. When it came down to it we learned more from the forums than we did from the paid-for electrician that we waited 4 days for AND as it turns out the anomalies we were seeing were probably due mostly to user error. It seems an easy amps in amps in equation – so we think we’re good but I guess only time will tell…

Anyway it was time to get some more sea miles under us. Time to head to Menorca. We’d contacted Mahon marina, where we were expected to pass through on our journey through to Italy as it’s banded around as the ‘jump-off point for Sardinia’. Anyway they’d quoted us a ridiculous price, which was the same for a berthing, pontoon or mooring – not happy Jan! We didn’t really like the cut of their jib.

As we were already on North/West of Mallorca we decided to sail West and head around that side of Menorca to Fornells in the North. There they have moorings for just 29 Euros and it was equidistance whichever way we went. Also the weather patterns were favourable that way so it seemed a no-brainer.

So we got up at day-break, refuelled at the 24-hour fuel dock, and made the most of the good winds. They picked up during the day an by the time we reached Fornells we had 20-25 knots and some choppy seas. Fornells is pretty protected though so by the time we were through the heads the conditions were much nicer. A nice man came out in a dingy and helped us tie up. He gave Simon a thumbs up and said ‘Excellent Captain’, however, I’m pretty sure it was my line skills that brokered the deal 😛

The town of Fornells is postcard perfect. 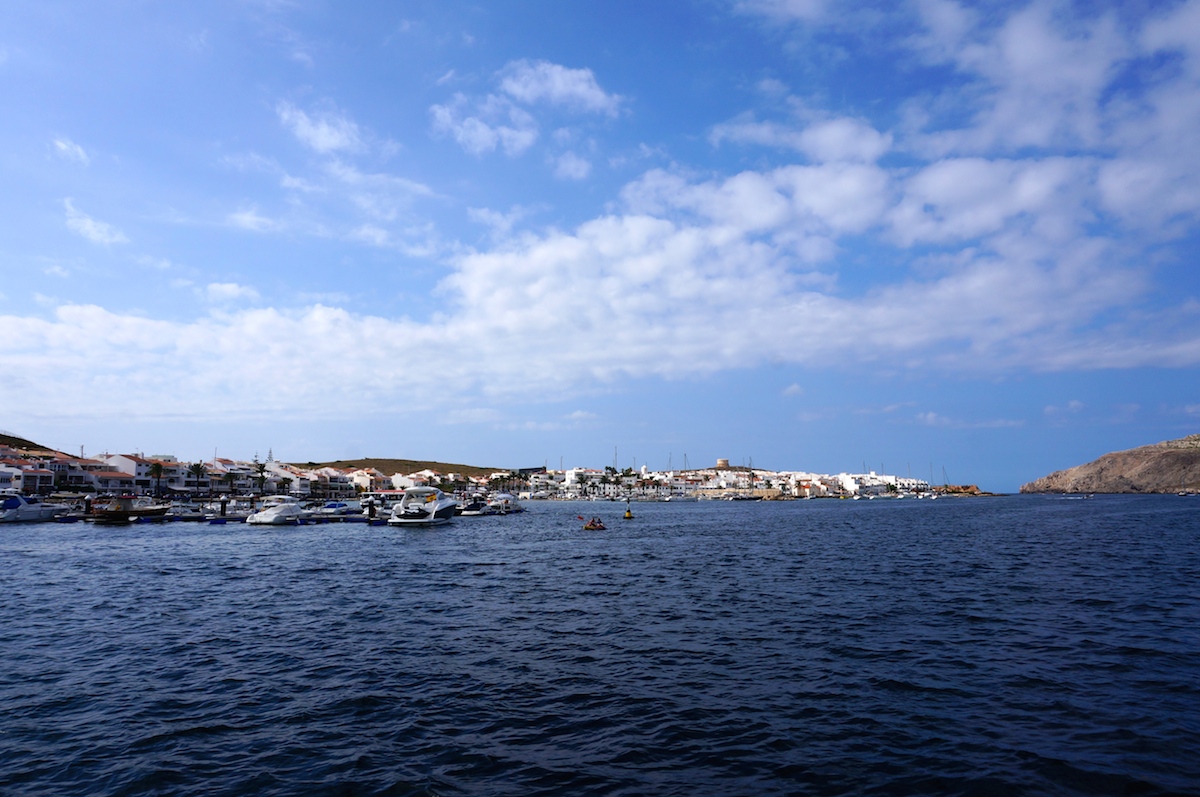 Unfortunately, we had lots to do as we’re planning to do the overnight to Sardinia tomorrow. So instead of taking our dingy out she was stowed below for better visibility during the crossing. Lots of chores were accomplished. We’re also busy planning the next part of our trip, Sardinia, Corsica and Italy. So it was dinner and an earlyish night, ready for an early start.

We’re pretty gutted that we didn’t get to make land at Fornells though. It’s definitely on the ‘Interlude II’ list, but Sardinia was calling and the weather window was good so we resigned ourselves to the fact it was not to be. Next time!

One thought on “Fornells, Menorca”