It was only a 15 mile hop over to Tahuata, made memorable by our dingy line snapping mid way and a fight in a rolly swell to rescue it. There’s always something! Well at least it tested our temp fix on the steering cable! We managed to get the dink back and carried on. Once safely around the corner of the island the swell dropped and we approached one of the most amazing bays we’ve ever seen. Total paradise! 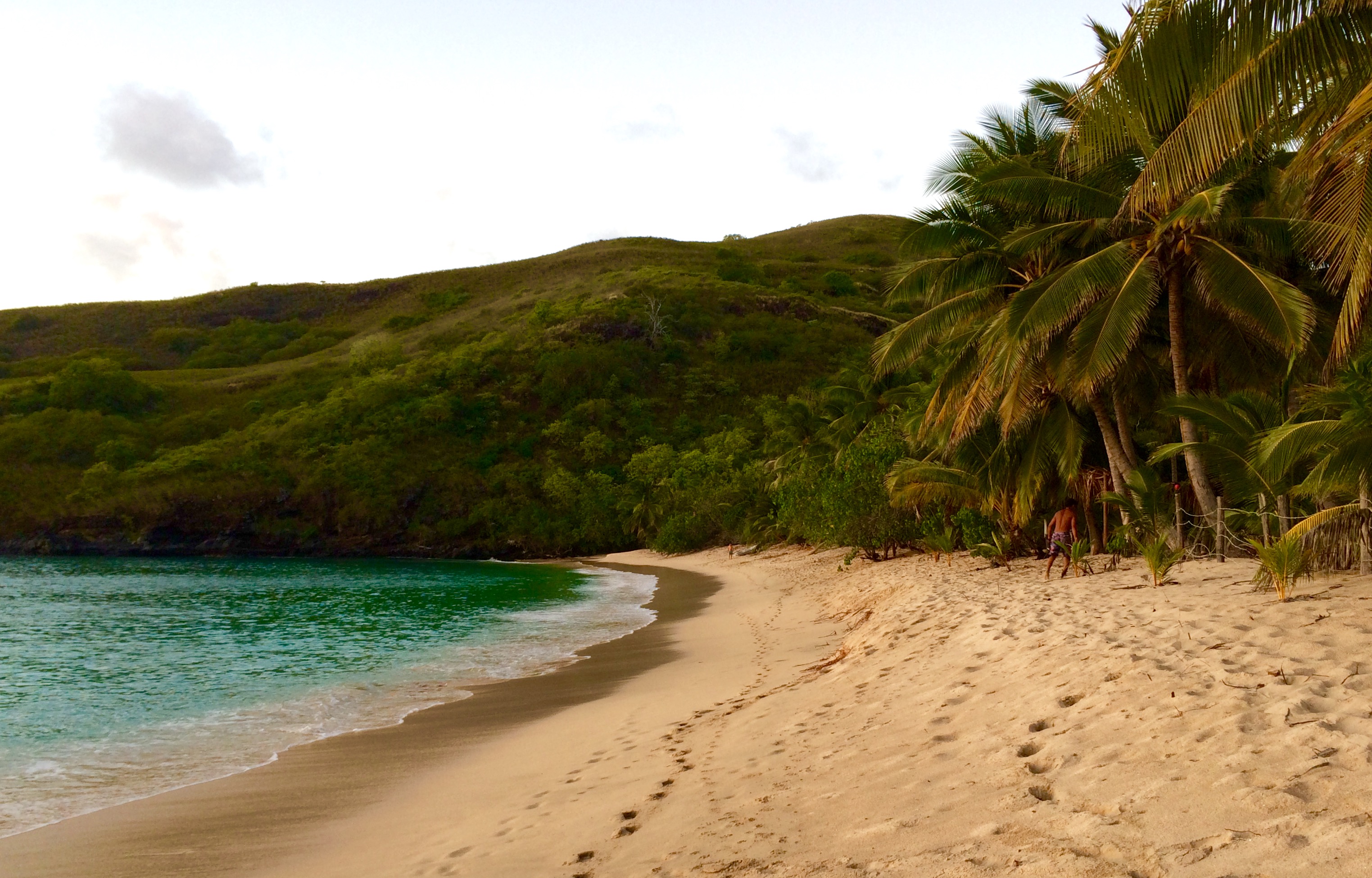 The water was so clear that you could see the bottom where huge rays were snoozing away. The beach was pure white sand with quintessential palm trees lined up neatly just beyond. Postcard perfect. People seem to think that’s what sailing part way around the world is all about, and in many ways I know we’re totally lucky to be out here but instead of lounging around on the beach we both went straight to work on cleaning 3 weeks of crud off the boat.

I went in the water and starting trying to clean the hull. So much life had attached itself to our hull. These weird little plant like looking things that pulsed slowly and were absolute monsters to get off. The stern above the anti-foul paint was covered in them. It baffles me how in the middle of the ocean, going at 7 knots, a small little guy can float past and think… ‘Well lookie here! A bit of something solid to cling to! I’ll have me a bit of that!’

Two hours, and many a cut from scraping small barnicles off the top of the rudder and prop who’d also decided to come over for the ride, I was done. Helen had the inside of the boat looking amazing so we spent a few hours in the cockpit just chilling out and looking at the amazing views.

Just then our friends Matelot turned up and got to work cleaning their hull as well. We arranged to head to the beach for sunset.

As the light faded we got some wine and nibbles to eat in the dingy and rowed to shore. I thought there was a small break in near the beach but decided it was fine for us to land there. Just as we came in a large group of waves decided to smash into us sending me flying into the water. I kept the dingy heading the right way and got us to shore protecting our food and wine, Helen by this point had jumped in to help also. We must have looked like a right pair of muppets I’m sure.

As soon as we I was ashore for some reason I checked for my wallet, which was gone.

ARGH!!!!!!!! I ran back to the waters edge hoping it had washed up. Nothing. I asked Helen to check the dingy just in case it had fallen out in there. Nothing. What an idiot! After a very potty mouthed ten mins on the beach Richard, who must have seen the panic from his boat came racing over in his dingy with a snorkel. I spent 10 mins in the area where we’d fallen out to no avail. 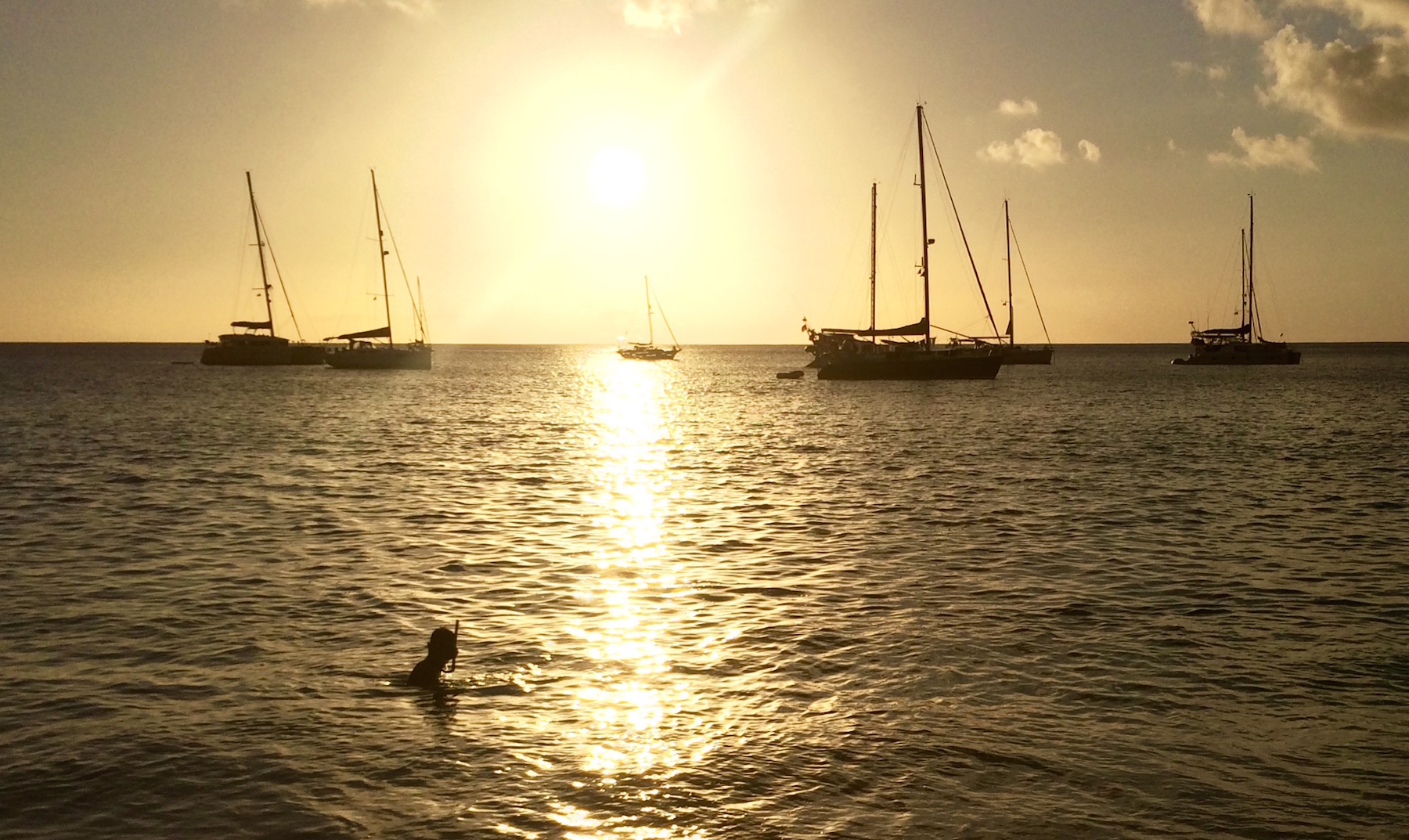 At this point a local guy, who it turns out owns the beach along with his brother, came over with his snorkel to help. Then his brother joined us. The light was really fading by this point so after 20 more mins of frantic searching we gave it up. By this point Richard and Pippy had joined us and we had a lovely time on the beach watching an amazing sunset joined by the two brothers who explained about the island. We gave them some beer and snacks which they seemed to be happy with and they later came back with a huge bag of fruit as a trade (trading here is the way these smaller islands seem to operate). 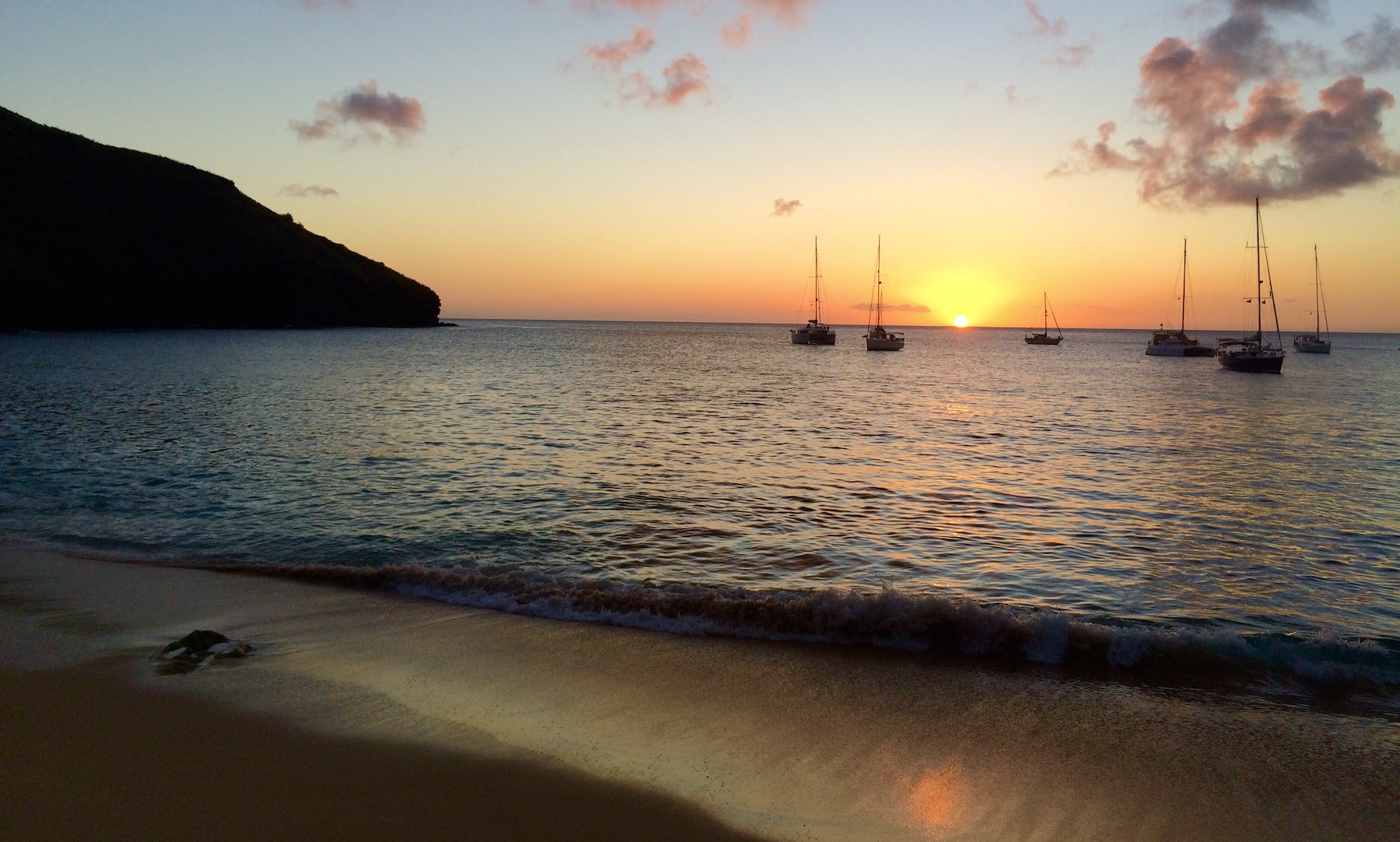 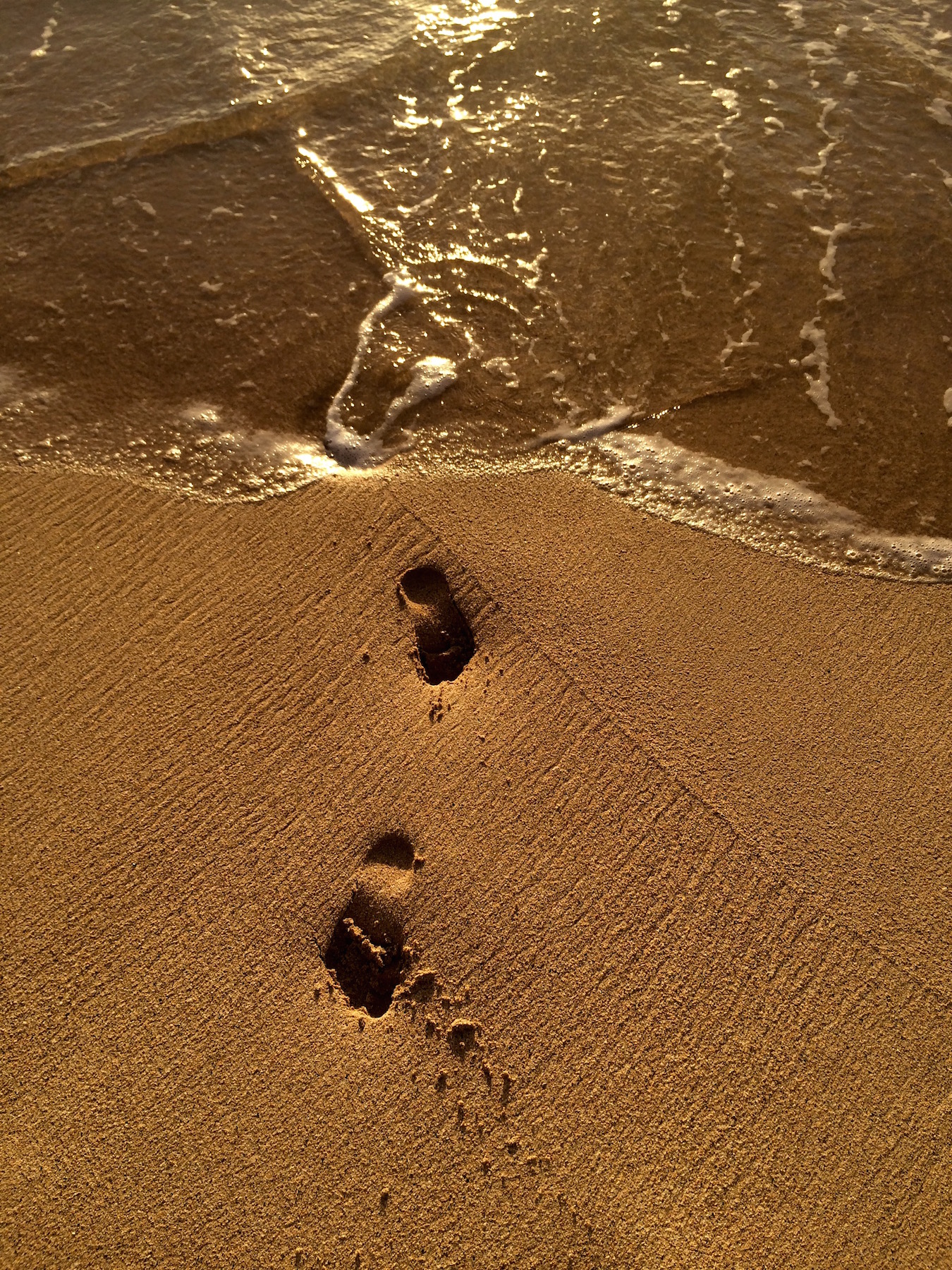 We headed back to the boat. I was still quite mad at myself for such a silly error, it’s not easy trying to cancel cards out here where there’s no phones, internet, etc.

I got back on board, and there was my wallet on the Nav table. (Insert stronger potty mouth screams here) and sorry to the two brothers who helped look, and probably are still looking, for the non-existent wallet. Oops.

Tomorrow we’ll try and head South back down the 30 miles to Fata Hiva.