Ferdinand Magellan named the Pacific Ocean back in the 16th Century. Pacific meaning peaceful. He obviously didn’t experience his cornflakes being blown off his spoon in a 36 knot gust at breakfast did he!

The four day passage from Nuku Hiva over to Rangiroa wasn’t one of our favs to put it mildly. Coming out of the anchorage late in the day we had to run from huge squally clouds right off the bat, and even though we managed to miss the main part of it we still got smacked with 28 knots of wind and sheets of rain. It might look pretty in this photo but it wasn’t fun. 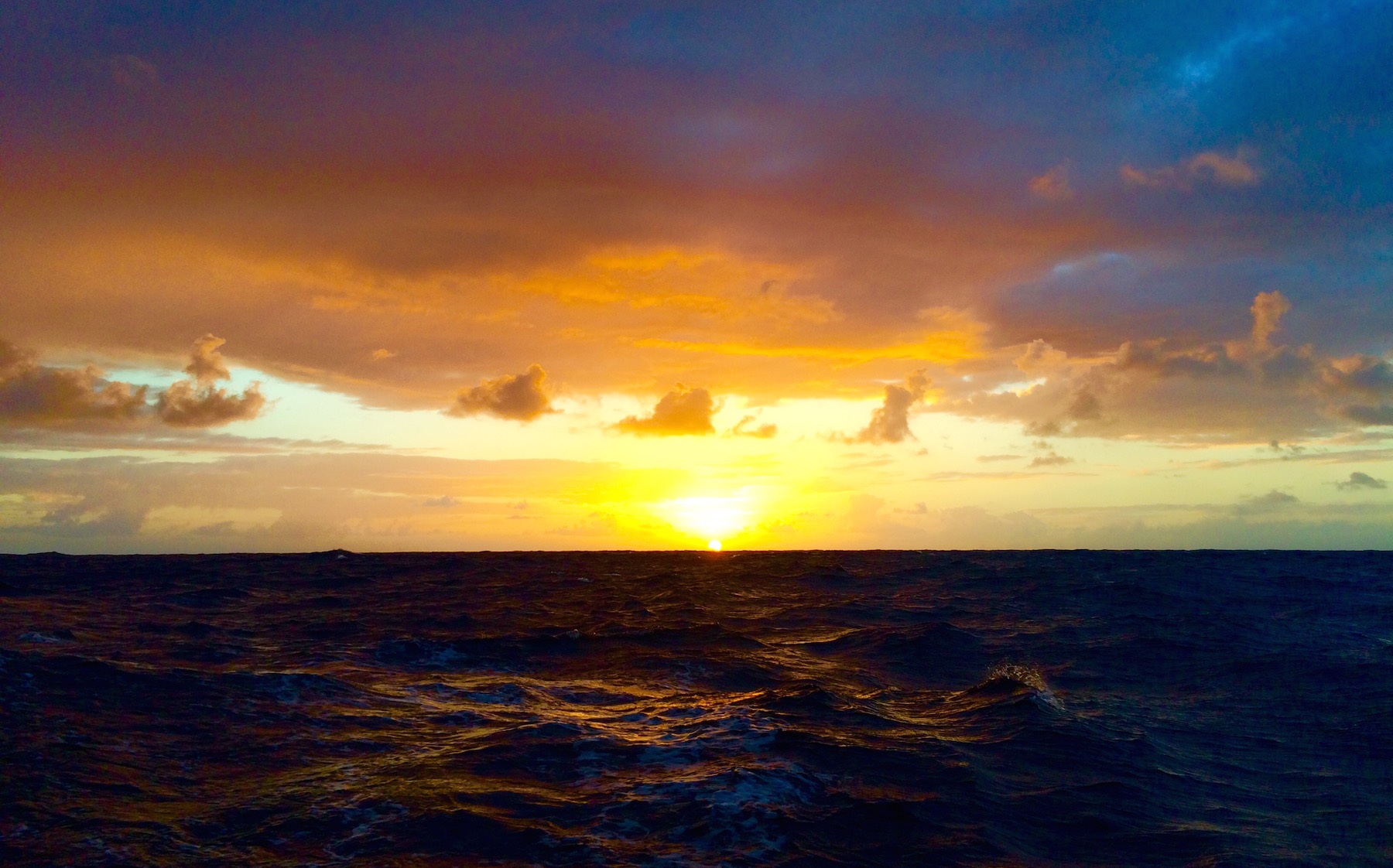 This pretty much set the scene for the rest of the trip.

The first night was a horror! Squalls everywhere, we managed to miss most but one or two got us and boy they had some bite! I clocked the wind at 38 knots with so much rain I couldn’t see the front of the boat.

Of course we had our sails trimmed for this and Interlude managed the feisty conditions very well. The only thorn in our side was our steering cable fix we rigged in Hiva Oa which gave up the ghost so it was back to relying on our trusty autopilot again. Not perfect, but then again we’re only a few days away from Tahiti now where we can get the correct cables and repairs done.

The remaining 500 miles were pretty much carbon copies of the first night. Strong winds, squalls that were stronger, and a big swell that was hitting us beam on. That all added up to slightly miserable conditions on board.

Not four days we’ll look back on with happy memories but we arrived safe and sound and that’s the main thing. It’s funny though, if Ferdinand Magellan had the same run we did the Pacific might well be called Satan’s Sea or something now. Sailing the South Satan’s Sea doesn’t quite have the same romantic feel about it as sailing the South Pacific so maybe everything worked out for the best?

2 thoughts on “Marquesas Islands to Tuamotus”