We had a nice sail down towards Morro Genoves. We tried running two fishing lines out the back but without a bite.

It was a lazy day with lots of snoozing, book reading and sun baking. We anchored easily in the small bay of Morrow Genoves. It was so quiet and picturesque, tranquil.

Once we’d settled we threw a fishing line in and the remains of some tuna/sweetcorn/mayo and were startled when we instantly hooked a fish. Luckily there’s not a veggie onboard but it’s one thing to eat fish and another to actually catch one. We were all a bit flabbergasted. We put him out of his misery with the help of some vodka – we’d read somewhere that this was a painless way. Then there was nothing else to do but eat it, it felt too much of a waste otherwise. The fish was yummy, a sea bream we think, but I’m not sure any of us will be fishing again any time soon. 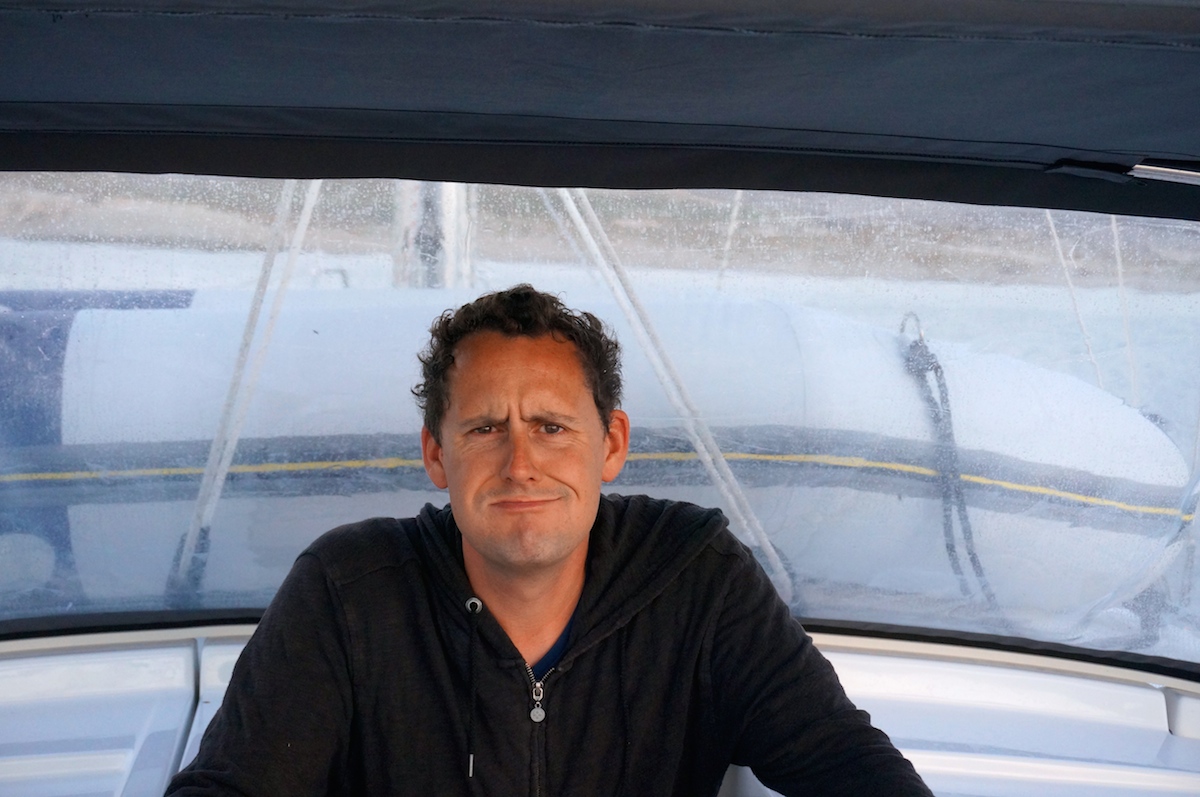 We followed this up with a spag bol, glass of wine and some star gazing. Beautiful!

We were up before day break the next day for the 31NM sail down to Garrucha, and although I find it hard to drag myself out of bed at this early hour I’m totally glad that I did – the sunrise was stunning. Other boats seemed to have the same idea too as they appeared out of hidden bays to either side of us. 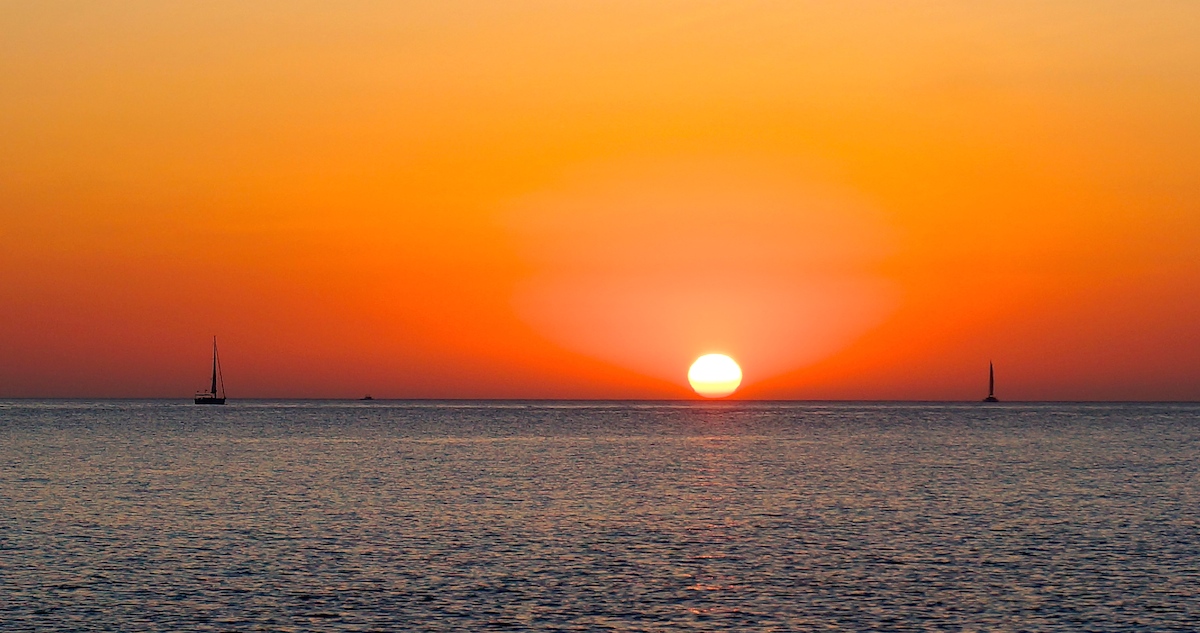 We had a short stay in Garrucha. It was one of those marinas that we’d chosen as it was half way between A and B and looked ok in the pilotage.

There was a newly built visitors’ marina that even the marinaro admitted was a bit rubbish. The pontoons are set up med mooring style but when we arrived the marinaro helped us moor up alongside as we could head up into the wind that way. It’s open to the West, even though in the pilotage it distinctly says it’s open to the East, and so mooring that way was better for the swell that came straight in the harbour entrance too. Strangely enough there wasn’t any other visitor boats there and only a few other poor souls arrived after us. 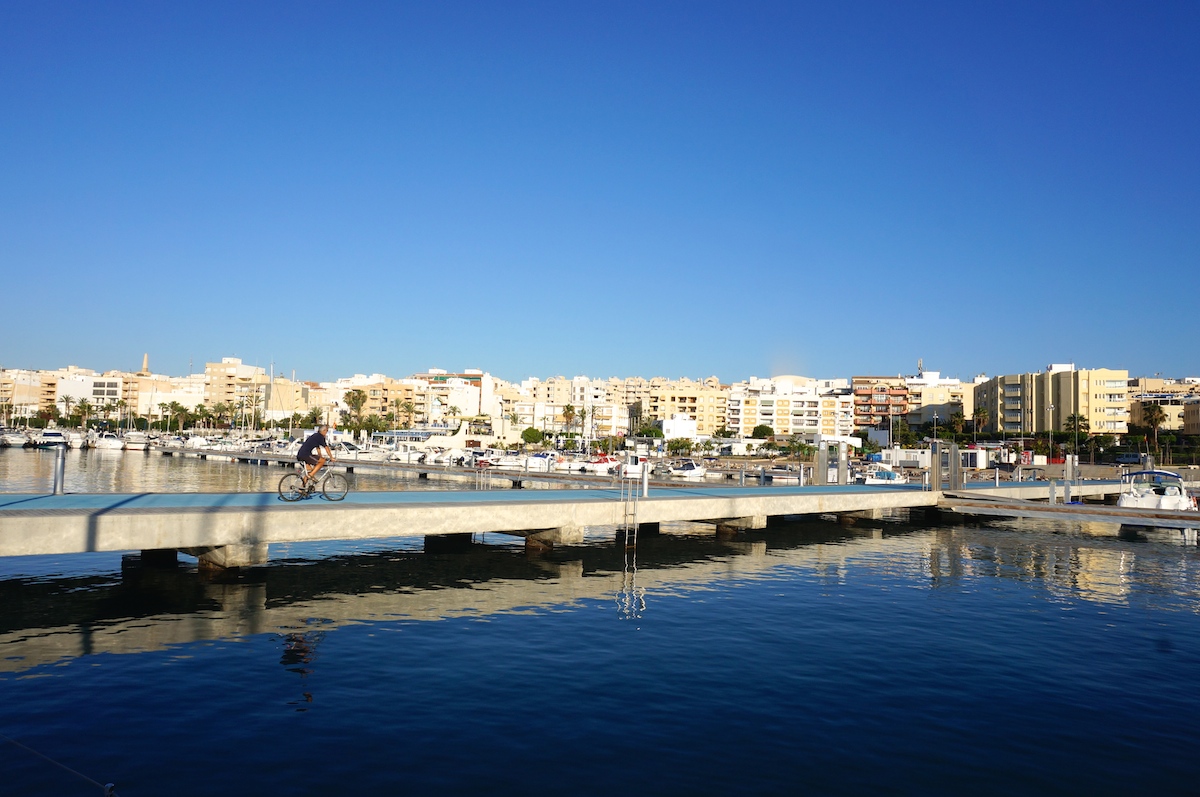 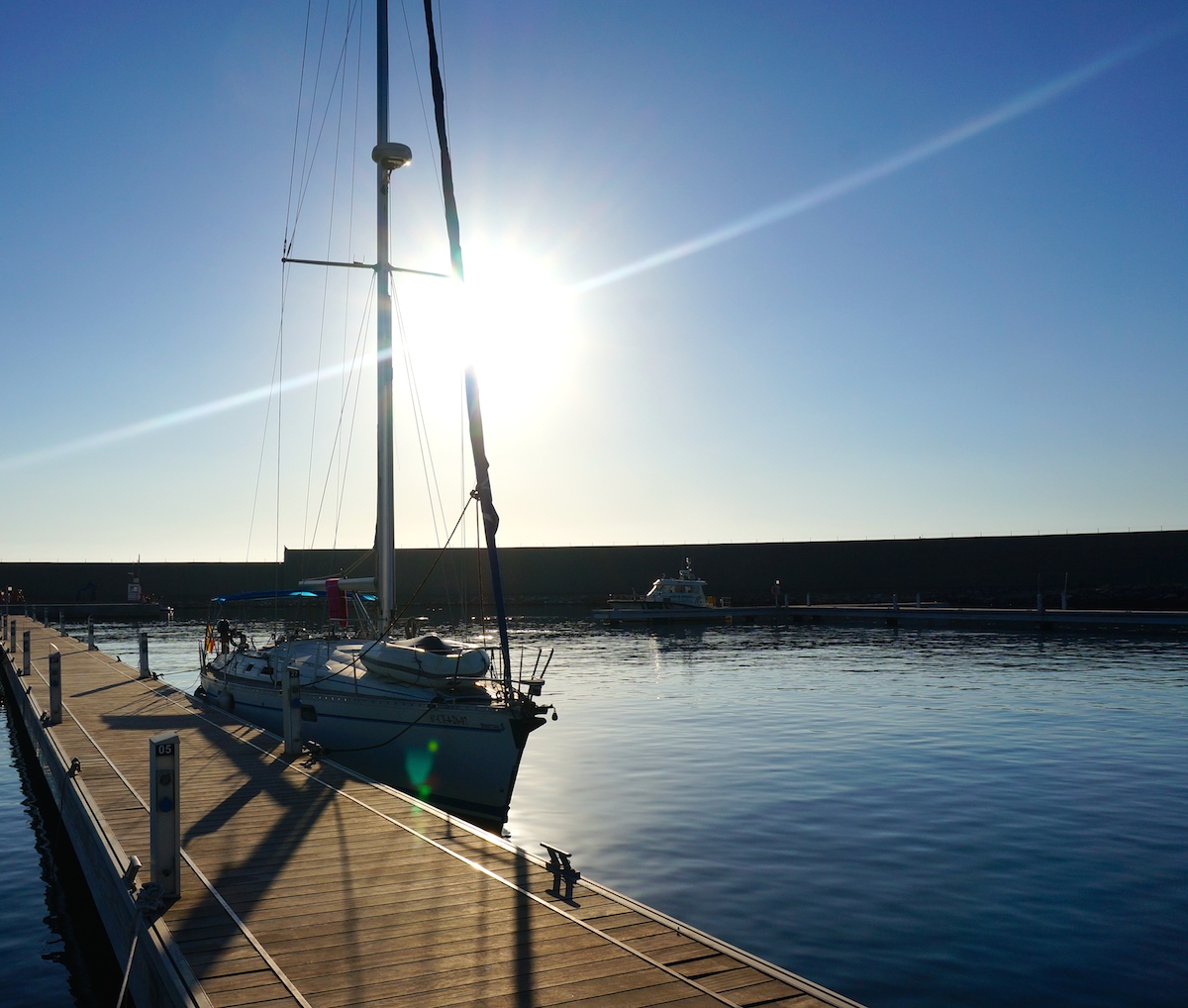 We wished that we’d checked Active Captain though as we’d have found out that there is a plaster plant there and we, like others before us, ended up with plaster all over our boat. We ended up washing it off with salt water the next day after we travelled past – heartbreaking!

Anyway we spent a nice night in Garrucha. Once we’d landed, we washed and changed and headed into town for dinner, drinks and footy. We found a great bar on the front with a lovely local and family atmosphere. There were guys there in their 80s and children there as young as 6. A group of teenage boys turned up to eat ice-cream and watch Germany thrash Brazil. It was a hard one to watch.