The size of Panama City shocked the both of us. We hadn’t seen so many huge skyscrapers since leaving Sydney.

Before departing for Galápagos we needed some fresh food, to top the fuel back up, and of course to see what this major South American hub could offer us.

I did some research online and the top of every must do list is a visit to the canal. I think we’ve safely ticked that one off! The next up is the Old Town area which has gone under a major regeneration program over the last few years and many old buildings have been saved by reworking the area as a safe place to eat good food, drink, and be merry! Sounded like just the thing we’d be interested in but before we could play we had some stocking up to do.

As it was Easter weekend we only had one day to get everything we needed. As Pippy and Richard had the same objectives we decided to team up. First up was getting all the paper charts we needed for the remainder of the trip back to Sydney.

We found  a huge shop stocking everything the budding sailor could need. We left with all the recommended charts, cruising guides, and lighter wallets. 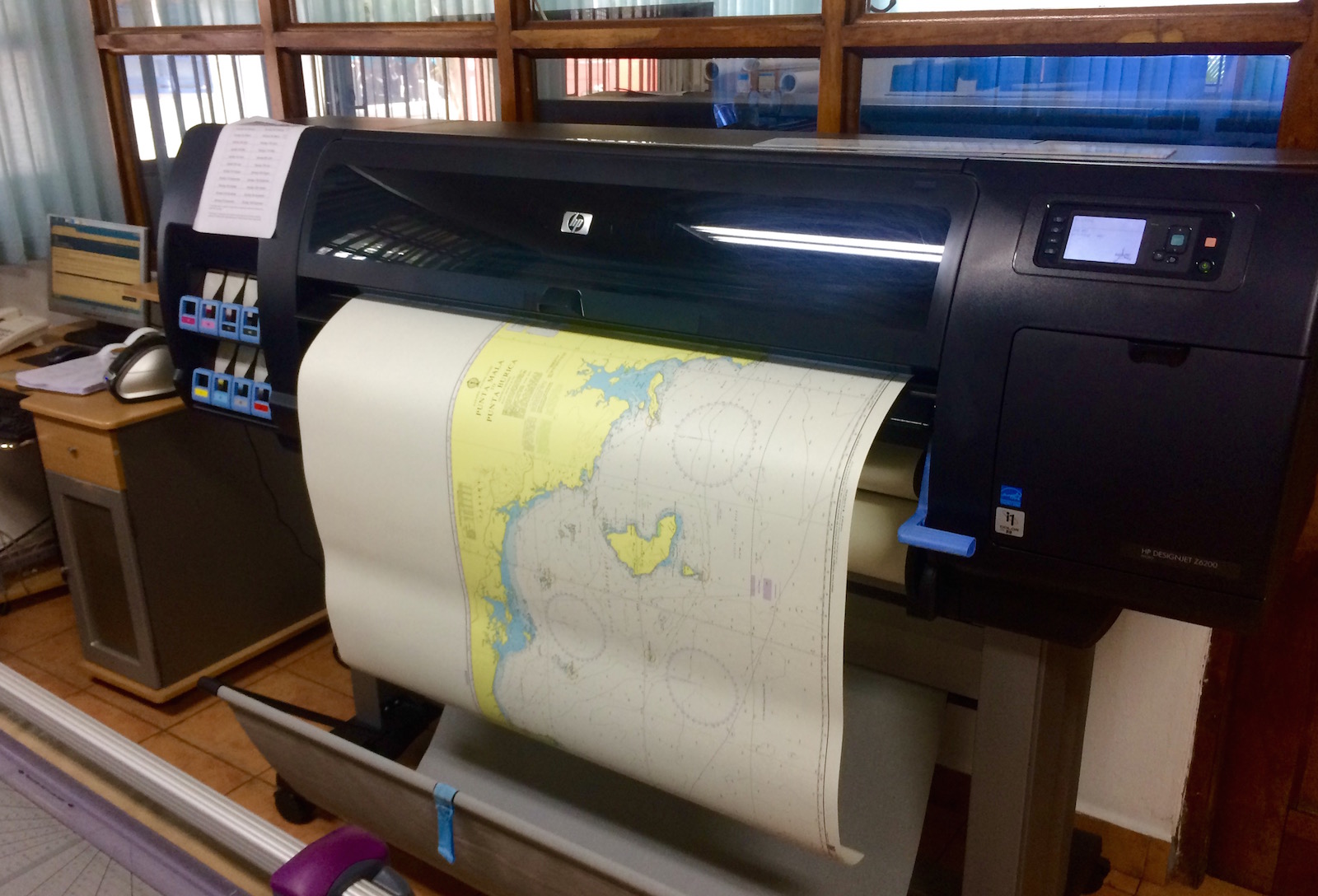 Despite what many will tell you paper charts are dead. Digital versions, and the power of the devices displaying them, are just too good. That being said we always carry large area ‘planning charts’ on board. If anything was to happen to the 349 GPS devices we have on board (lightning strikes have been known to kill anything electrical) we’d be able to hopefully get back to land with some dead reckoning.

Next up we needed to hit the supermarket and get some fresh produce on board. We must have two years worth of long life foods… the usual rice, pasta, canned goods, etc, so it’s nice to just focus on fresh items. We made it back to the boat and packed the fridge solid.

Our reward for such good provisioning was a night on the town. I forgot to mention that Balboa yacht club doesn’t have a dingy dock. You just call up on channel 12 news get a lift over to shore on a launch they send out. We called up, waited, and headed over looking slightly out of place in our ‘hitting the town’ clothes while boat workers, fishermen, and other yachties rocked the ‘oil splashed, fish gut splattered, sun faded shorts and t-shirts’ threads they were wearing. Funny thing wearing jeans and a shirt – felt really weird to me its been that long.

We hit the yacht club bar to unwind from the excitement of the canal transit and full on day we’d had bouncing around Panama hunting for supplies. After a few ice cold beers we asked the barman if he could order us a taxi into the old town. A very nice gent a few seats down spoke up saying that he was heading there and we could hitch a ride with him and his lady friend (we still don’t know what was going on between those two but he’d done alright for himself if anything was).

We had a lovely ride into town chatting with them both about the history of Panama City, how it was very safe compared to a few years back when you’d be rolling the dice walking down a lot of streets. He owned an apartment very close to where we we’re heading. Heavy traffic (Panama City’s roads are crazy!) stopped us in our tracks so we thanked the couple and headed out on foot.

The Old Town is lovely. It’s so good to see the old buildings being restored to their former glory. The town planners have cleverly breathed new life into the Old Town by creating a safe area where every second place is a restaurant or bar. The quality of the establishments reflect the grander of the architecture so it’s quite high end.

We loved seeing this after experiencing so many places we’ve visited with areas just like this being left to rot while everything is relocated to modern developments.

We visited a few bars and had an amazing meal looking out over the bay to the skyscrapers beyond. 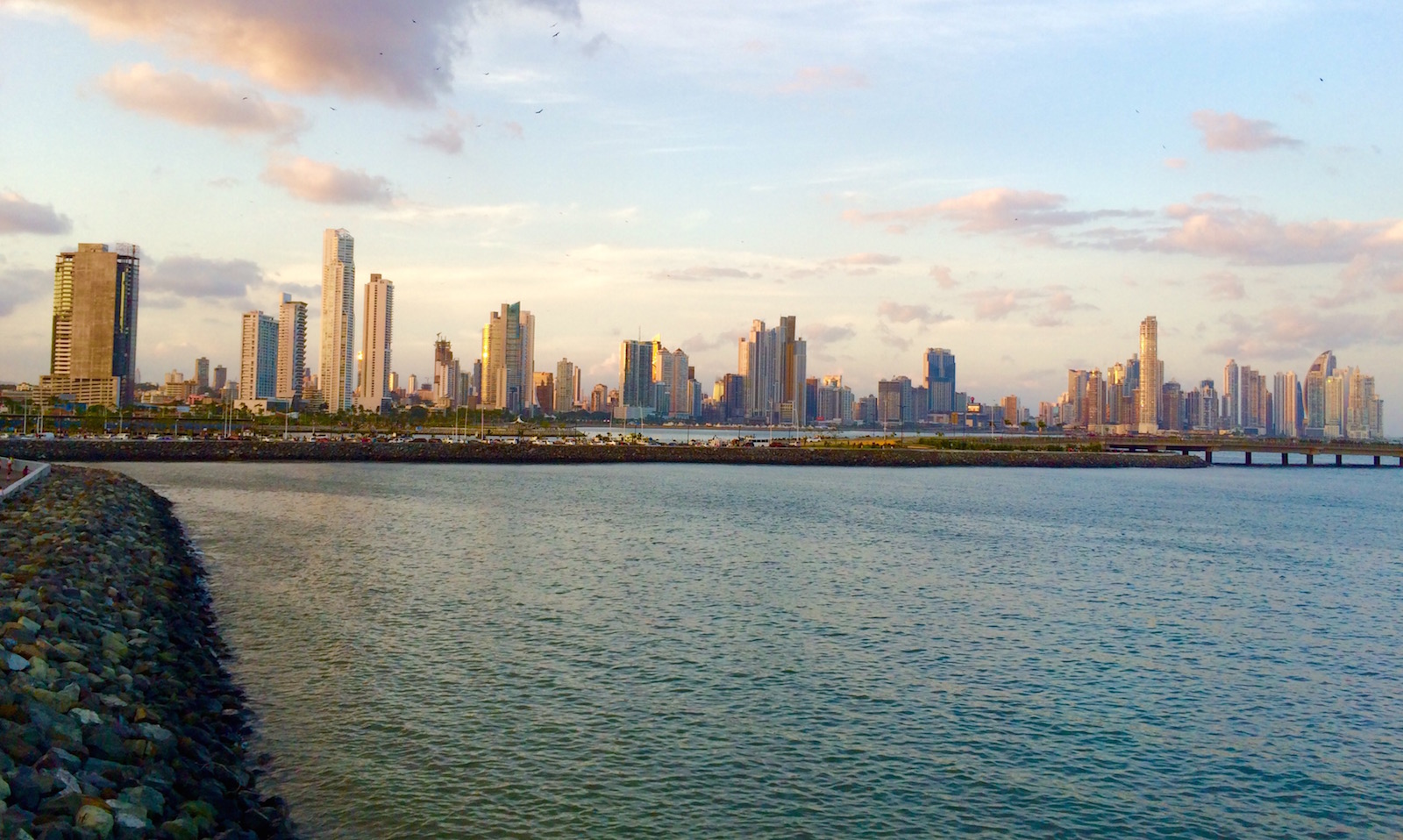 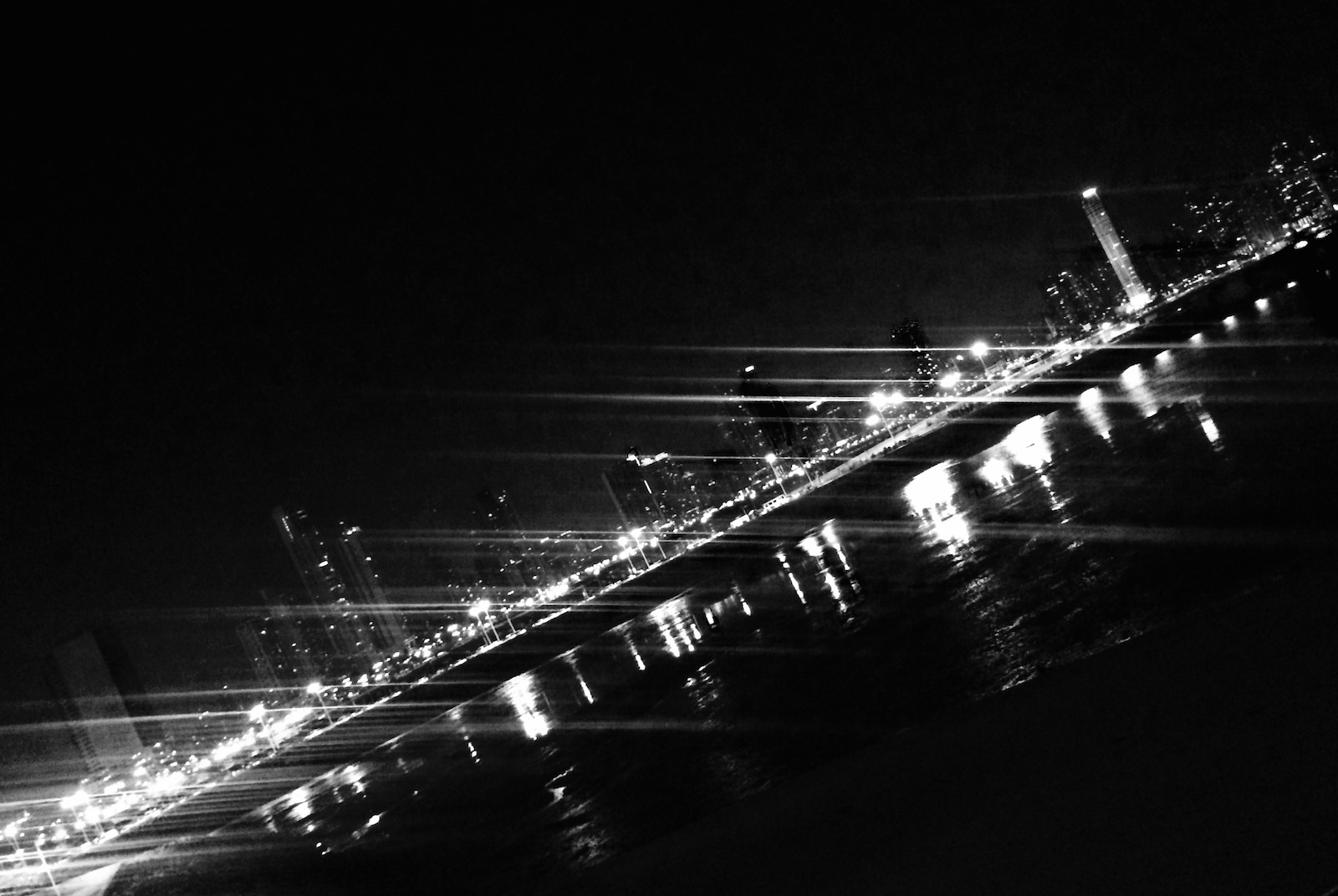 The area was stunning with old churches getting ready for Easter, people of all ages filtering into their choice bars, restaurants, or all night clubs. A very good energy and feel to the place.

Around midnight we wondered into a square packed with people just standing and looking very solemn. We then noticed a procession of priests and men walking, silently carrying a huge cross with Jesus over to a magnificent church. No one said a word, the faces of all the onlookers were lowered and sad looking. It was very powerful to witness. 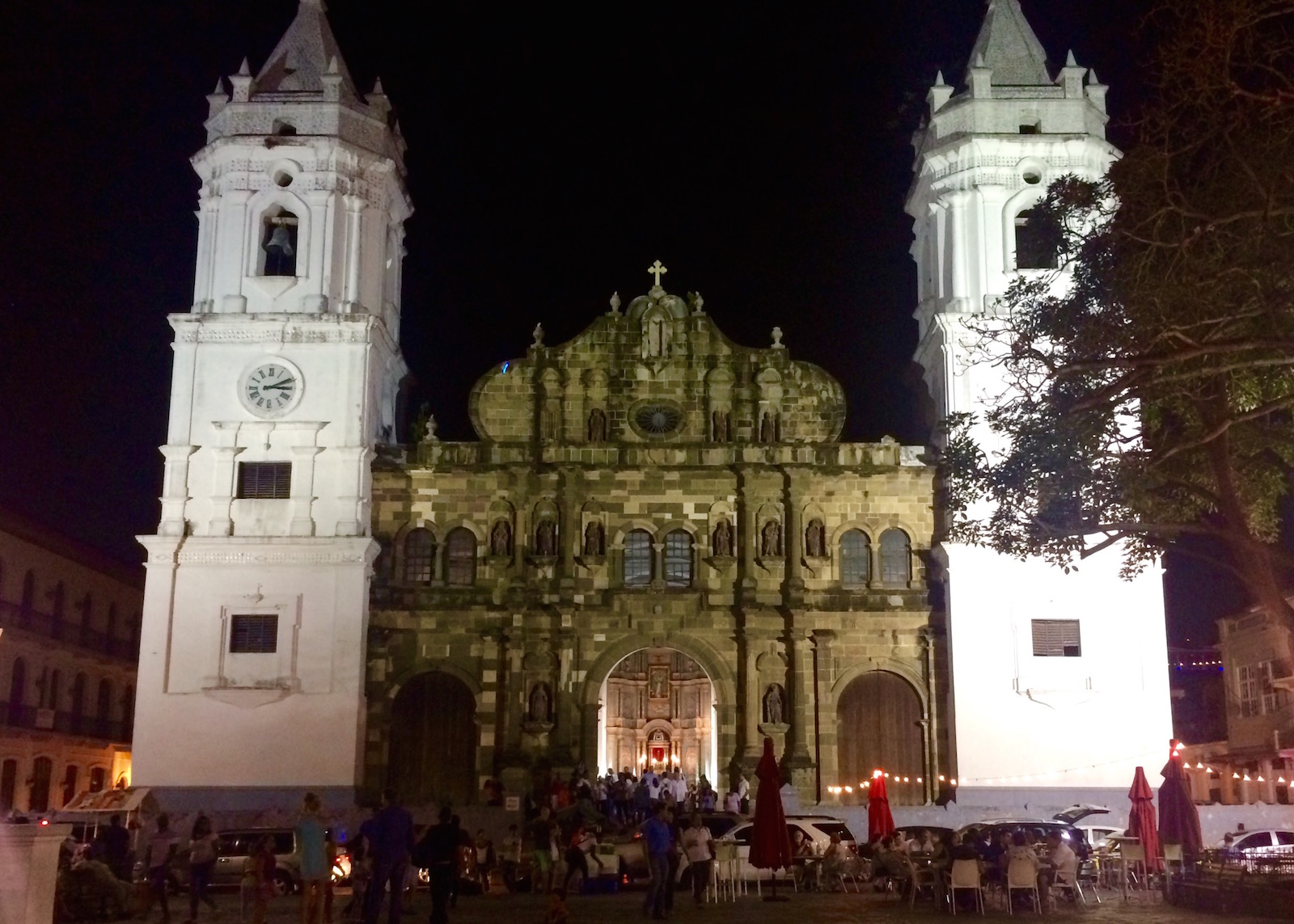 The next day we chilled on board doing not much of anything really in the morning and then headed over to the yacht club for some lunch. Everything was closed pretty much in Panama City so we used the free wifi at the bar get more Pacific planning done.

On Saturday all we needed to do was refill some jerry cans with fuel. We found a nice taxi driver who took us and then we returned, loaded them up on the launch and headed back to Interlude. I learned the hard way that transferring heavy 20 liter cans is tricky. As Helen scrambled to take the weight our launch drifted away from the hull with me leaning further over to support the fuel. It became clear that either I had to drop the can or take an unplanned bath in the dirty canal waters. A few seconds later Helen had the can safely on board, turning back to see my feet disappear as I fell head first into the drink. I don’t recommend swimming in the canal.

We’ve hired a professional weather router for our long trip back to Sydney. We’ll use Predict Wind for shorter legs but the long distances can be problematic. He emailed over to say the best weather window was to leave ASAP to avoid the growing number of thunderstorms in the area. We said our goodbyes to Matelot who had friends join them and needed an extra day to sort out some tasks. They are faster than us on the water so we should arrive roughly the same time.

It was sad sailing away from Panama City. If Europe was part one of our trip the Caribbean was part two and transiting the canal marked the end of that leg. The coming months will hopefully be filled with many amazing days but we really feel like we’re on the home stretch now. ‘Just’ the Pacific to go.