Repairs are well underway and we should be finished and ready to move on from Rodney Bay in a day or two.

Our Parasail, which got well mangled up during the crossing, was looked at by Thomas who’s here from Parasailor Europe providing support. We thought it was a write off but after inspecting the damage he said we’d been lucky and it’s easy to fix.

The only other issue we had was the reef lines, which after scratching our heads for a day turns out are a simple fix also. Our single reef-line system seems a little complex when you get inside the boom but we’ve worked it out now and don’t really want to lose the ease of being able to control everything from the cockpit whilst at sea.

We’ve also been given some great advice from others who had the same issues coming over and have since researched reasons why the chafe happened. Turns out we really need to treat all the reefs as one, so keep tension on reefs two and three when putting in reef one, etc. I don’t think we had enough tension on the lines which day after day then slowly rub through.

Always something new to learn! Check out the damage on these bad boys! 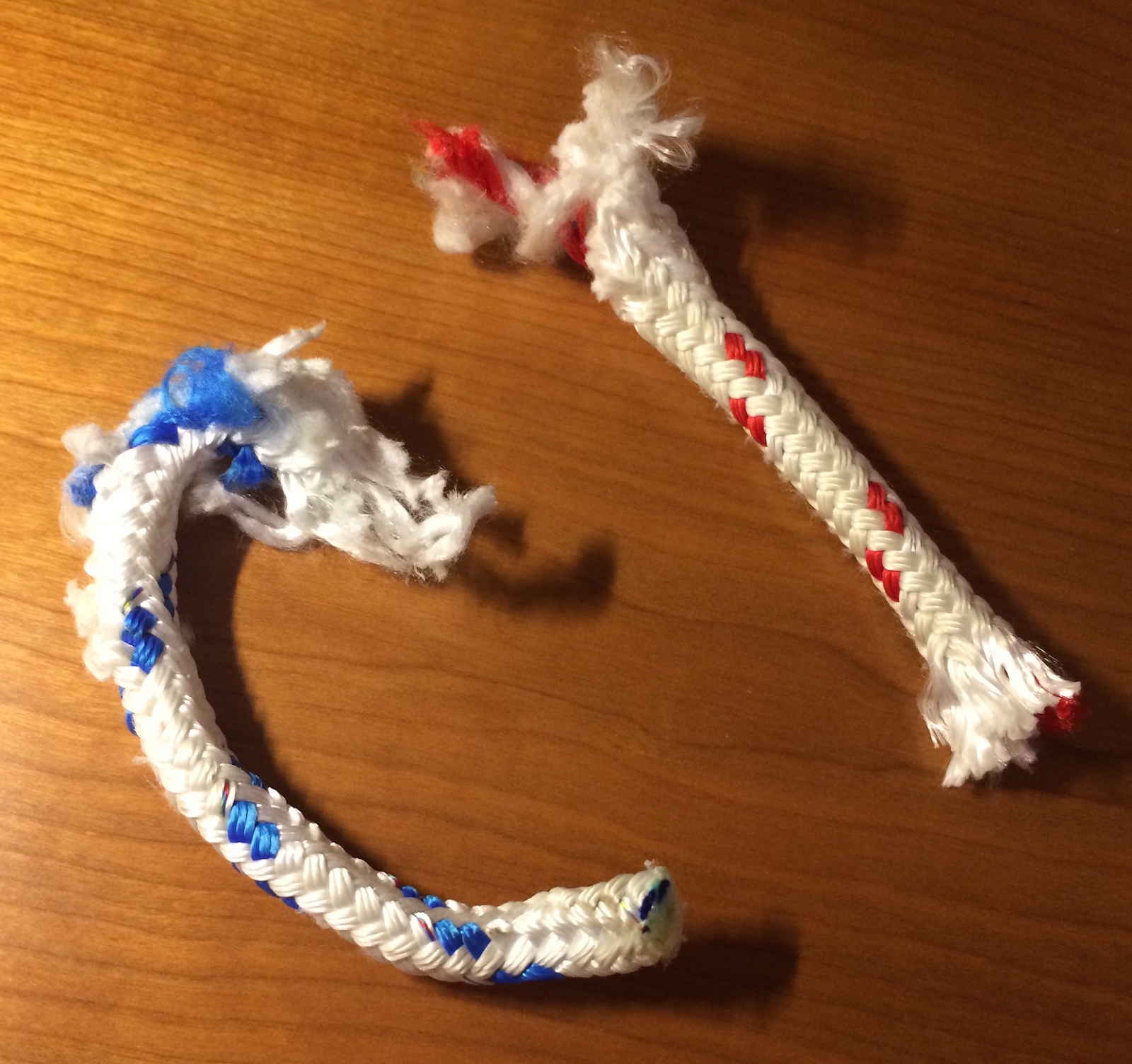