What a roll’a’coaster today was!

After our successful (lucky?) crossing over from Guernsey to France a few days before we were looking to back this up with our first solo coastal hop west over to L’Aber Wrac’h. We chose this stop as it provides a great starting point for the notorious Channel Du Four, the tides just weren’t right to go from  Roscoff all the way over to Camaret which is our stopping off point before trying to cross Biscay, and.. well.. we wanted to break the trip up into a more manageable six hours or so per day over two days- so there!

The day got off to a flying start. Interlude backed out of her berth with ease, Helen had the lines set perfectly, nice.

Outside of the safely of the harbour walls we were met with a crazy big (to us anyhow) sea which slammed, rolled, and pitched us about like a toy boat in a bath. At one point I think we were both starting to think turning back might be the safe option but things slowly calmed down and away we went. There was no real explanation for this sea. We’d checked our weather, tidal times, etc. I’m starting to think local effects just come into play and you have to roll with the punches. Luckily Interlude handled the waves well but I don’t think I’ll ever get used to the sound of her bow slamming into an oncoming wall of water. Helen and I both scrunch our faces up in horror every time it happens as though the boat’s going to snap in two.

Once past this the trip along the French coast was wonderful. We had a great sunrise and raced some other yachts that had joined us out of Roscoff. Interlude more than held her own. 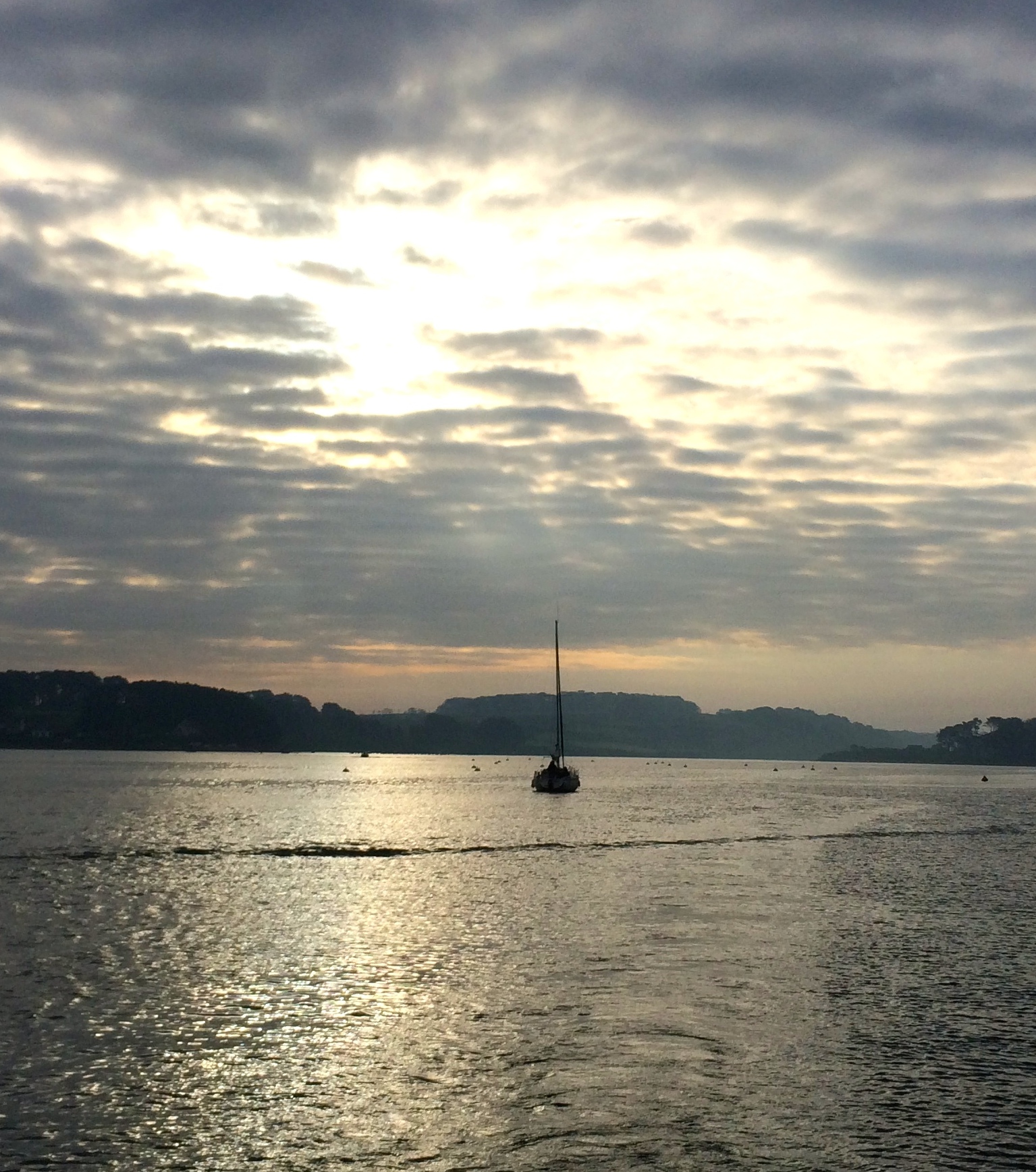 The weather was good (too good for Helen who forgot her suncream and is now glowing in the dark in front of me as I type this on the sofa). It’s great slowly losing all the layers since those FREEZING days in northern Germany. Everything you do on the boat becomes easier. I’m sure we’ll be moaning in a few months how damn hot it is. 😉

Our passage planning has also come on in leaps and bounds, we nailed this trip which was a great confidence boaster just before tackling the Channel Du Four tomorrow. We have a great system now whereby we research online, feed this info into OpenCPN on the laptop, and then export this route onto the plotter. OpenCPN has a great feature in that it displays all the waypoints, distances, headings, etc. No more typing up passage plans! We add additional info into each waypoints description field and everything is formatted for us. Massive time saver and one I think we’ll continue to keep using. The adding benefit of this is that we also then cross reference the plotters Navonics charts (which are up to date) with the OpenCPN ones to make sure nothing nasty has been placed in the way during the last few years.

So, all was well with the world. The trip was going great. So why the roll’a’coaster reference? Sodding docking that’s why! After coming into the marina and mooring up safely alongside the breakwater wall we got a call on the radio to move for the MASSIVE catamaran pulling up. ‘Please go to berth B72’. Er, ok.

What I should have done is ask for more info. Get the exact location. But feeling rushed we left the wall and headed round to where we thought ‘B72’ was. At the exact moment Helen on the bow realised we were in the wrong berth I stupidly tried reversing Interlude back out. The nasty crosswind took the bow away from me and I lost control. BANG! I can’t really remember the rest but three minutes later we were over the other side of the dock safely in our correct berth. The ‘bang’ was the result of our bow getting pushed into the anchor of another boat. No damage was done to them but poor Interlude has a bit more battle damage to add to the hardcore fender smashing she took during that crazy swell in Guernsey. It’s not that bad, nothing a bit of buffering won’t get out. The hit to my confidence was worse. Docking can go wrong real quick and there’s no break on a boat like on a car. If you get it wrong you lose control and bad things happen. It’s a massive learning curve I still feel like I’m at the bottom of.

Still, once the nerves had settled, (a few beers at the local bar might have helped this), it was good to sum up the day up for what is was – a big positive. I just HATE that feeling when I turn to starboard and you see the bow blown to port. Maybe that bow thruster option might have been a good idea after all? 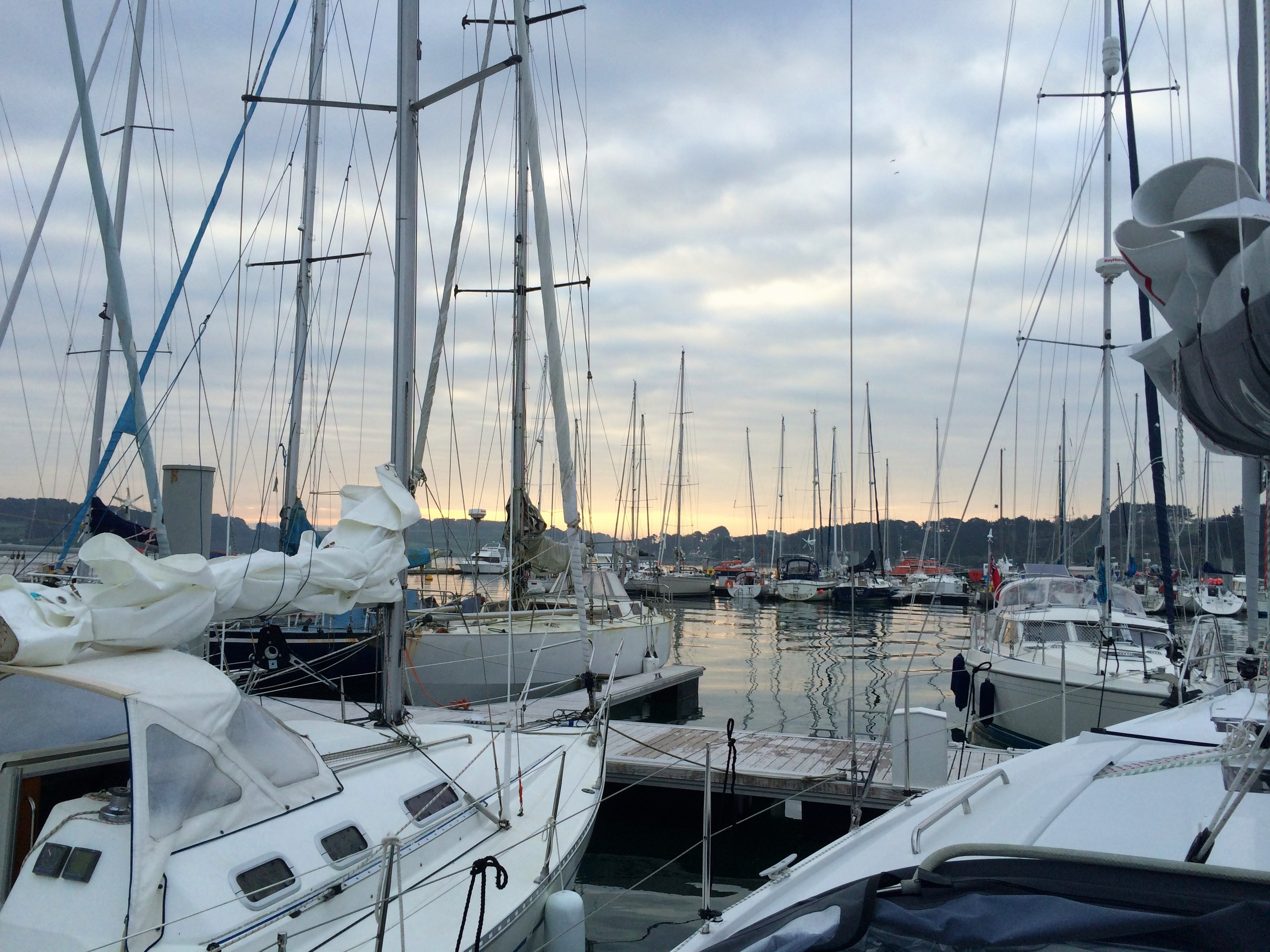