Today we made good time and before long we were approaching Schonberg and the start of the Kiel canal – ahead of schedule!

We drew up alongside the dock to wait for our slot in the lock and who should we find there? Henri, from Hanse. He was helping another couple take their newly purchased Hanse 445, (Interlude’s big brother) along the same route. They had set off hours after us but must have overtaken us during the night.

We got through the lock with typical German efficiency and in just two or three minutes the lock doors opened and we were on our way along the Kiel canal. It was very strange, and quite terrifying at times, to be making way along such a wide canal with tankers passing closely either side. Especially when two tankers passed and squeezed us to the edge of the bank. 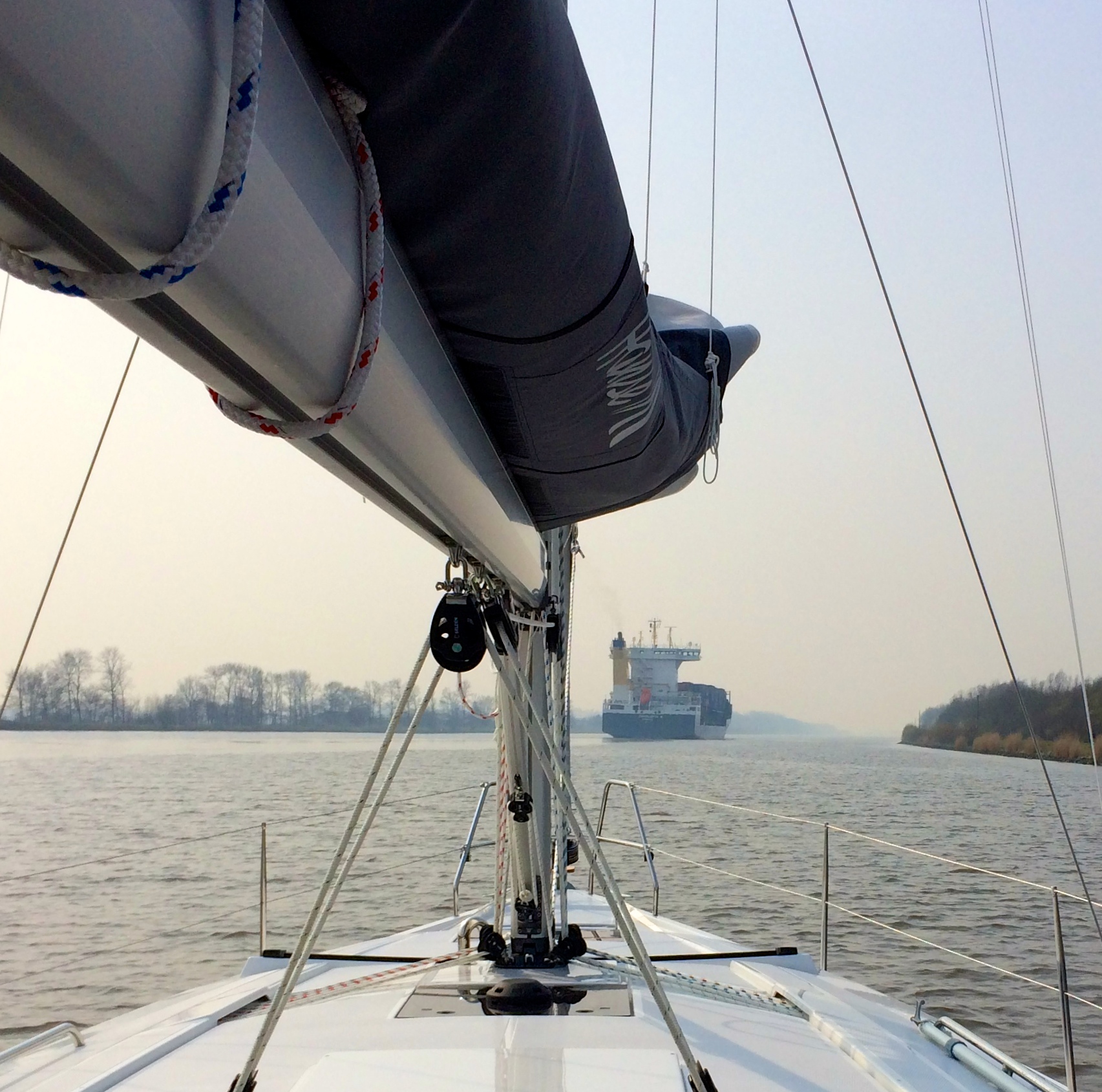 We kept up our good pace and decided to reward ourselves by stopping off for the night in Ratzeburg. The marina is about a third of the way through the canal and had been recommended to Simon by another Hanse owner who had made the same trip. Quite rightly too as the restaurant had the biggest, tastiest burgers!

We arrived just before sundown and had the challenge of reversing and tying up at a jetty with mooring posts. Simon did a great job and we made it without a scrape, although he does have another grey hair!

We hadn’t had chance to add Interlude’s name to the boat. Although we had bought some graphics it had been too cold for the adhesive to work and honestly we just hadn’t found the time. Pete came to the rescue and temporarily added the name using black tape so at least we won’t get fined. He will be copyrighting the new font which we all thought looked pretty snazzy! 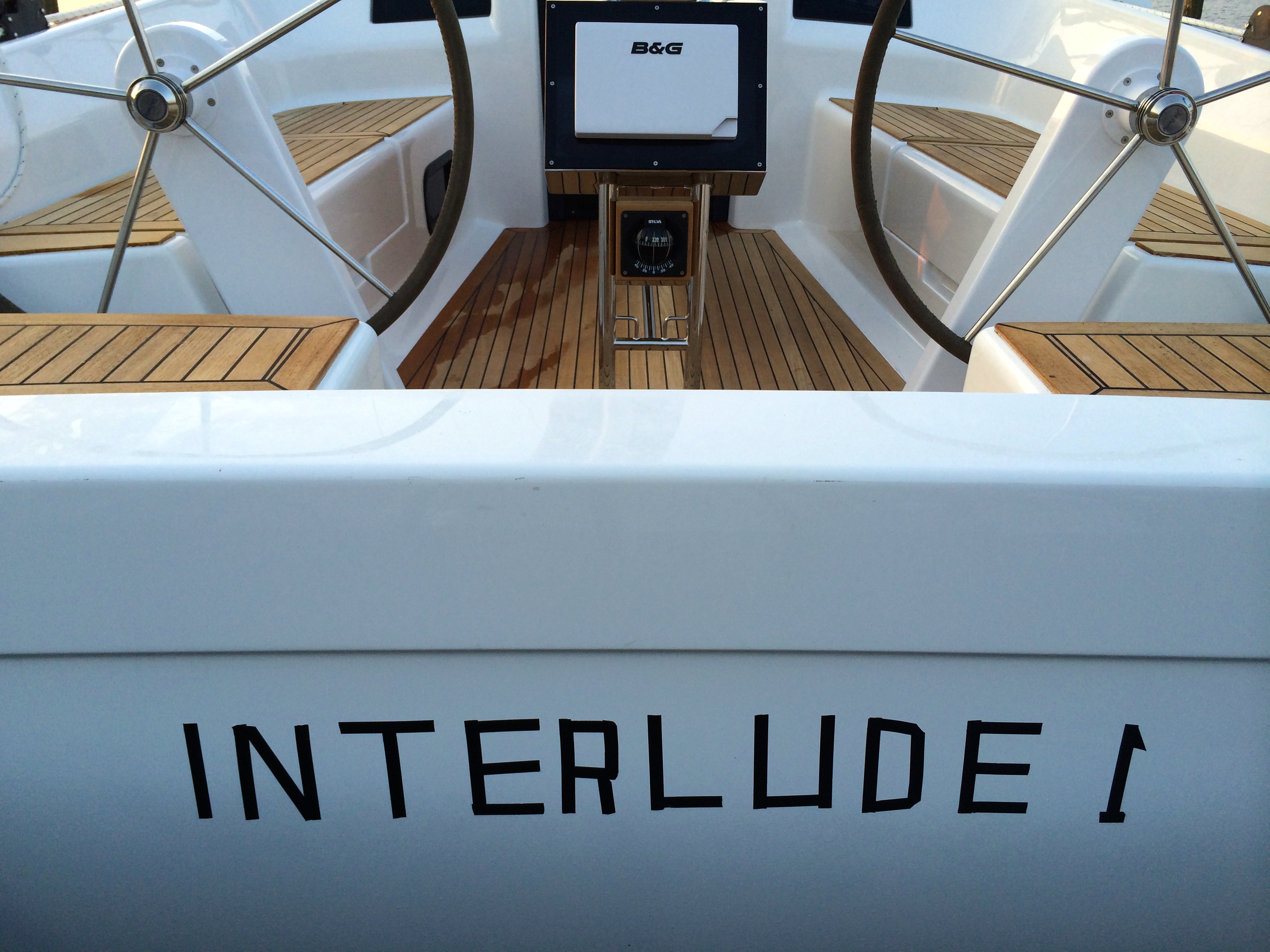