The first day in the Suwarrow was pretty rough, so much so that the Ranger couldn’t even make it to the boat to clear us in. All the better for us as we tried to catch up on some sleep.

The next day he came back and we met Harry, the Ranger that spends six months on this deserted island every year, as caretaker, immigration and customs officer. We cleared in after a bit of questioning and learned the rules of the place. We were only allowed to visit one island as the others were protected. It’s a pretty special spot. 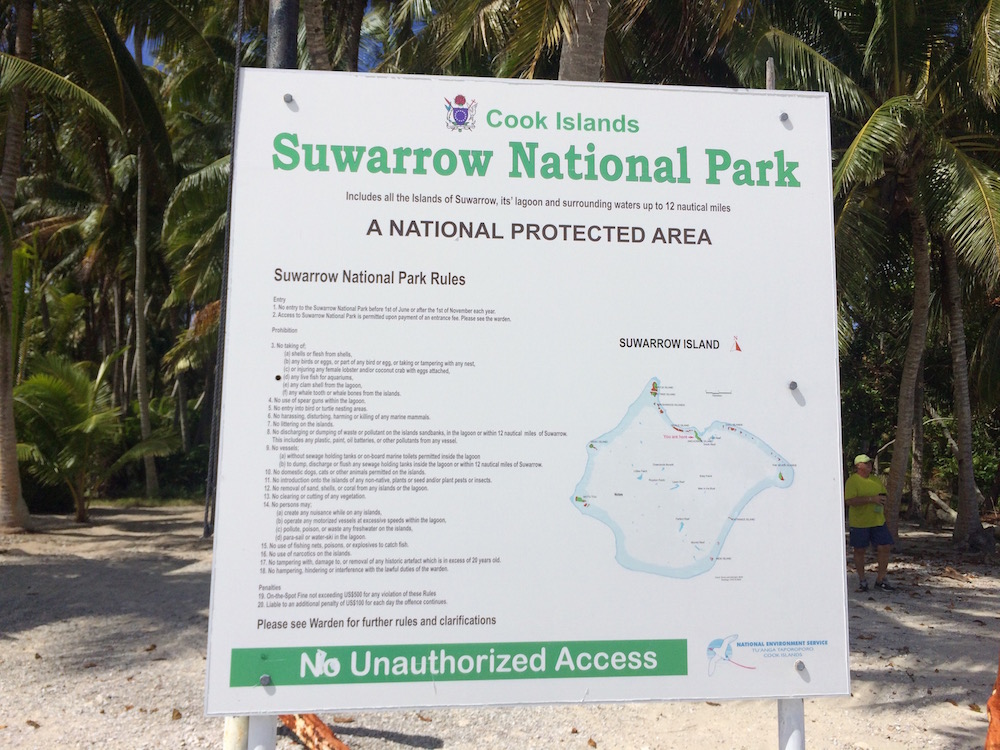 Tiny but covered in palm trees. Not much here but sharks (which constantly circled the boat) and birds that dive-bombed all around us. 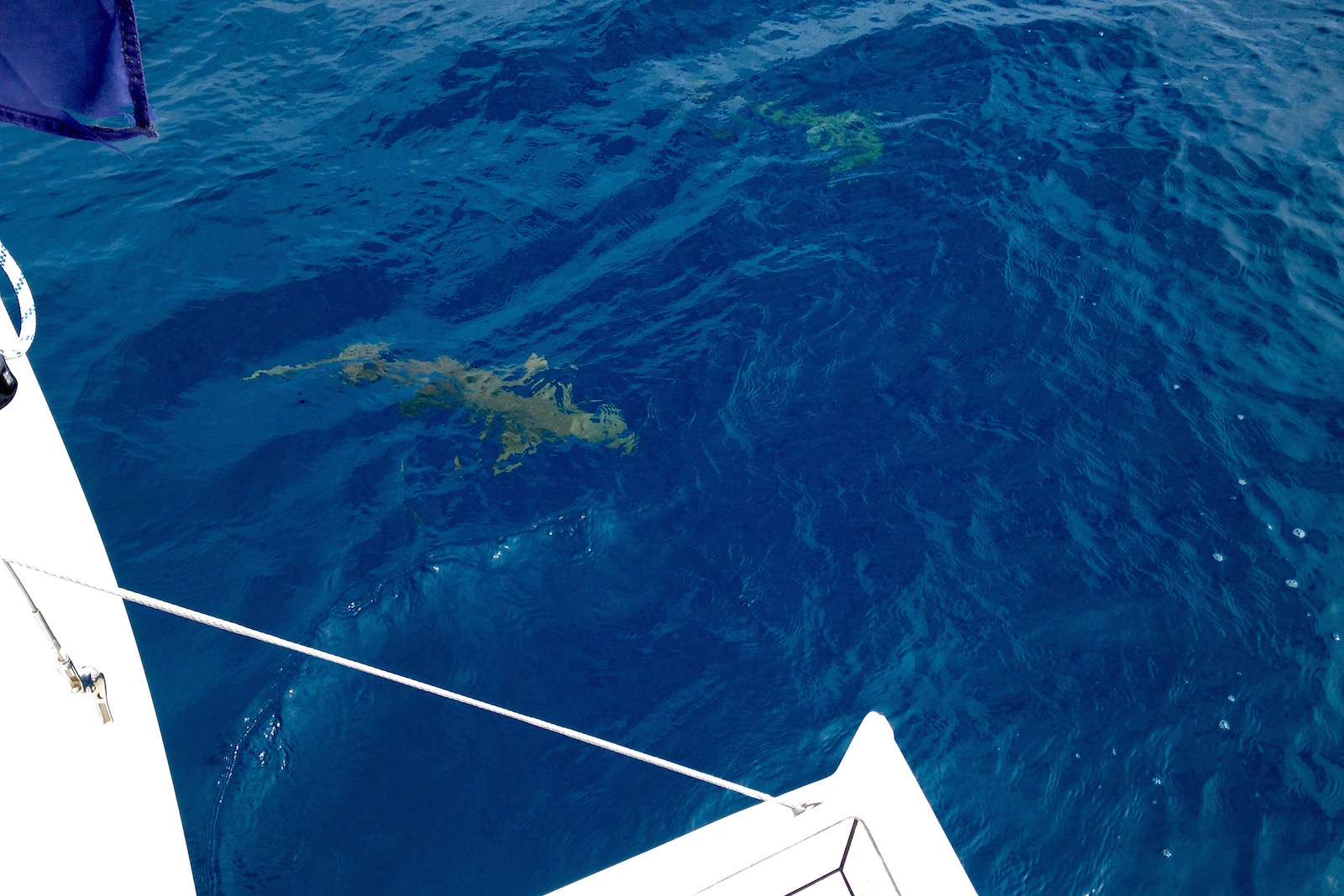 Suwarrow was previously home to Tom Neale, a writer, for many years. Part of his shack is still standing despite the cyclones and now serves as a book exchange. 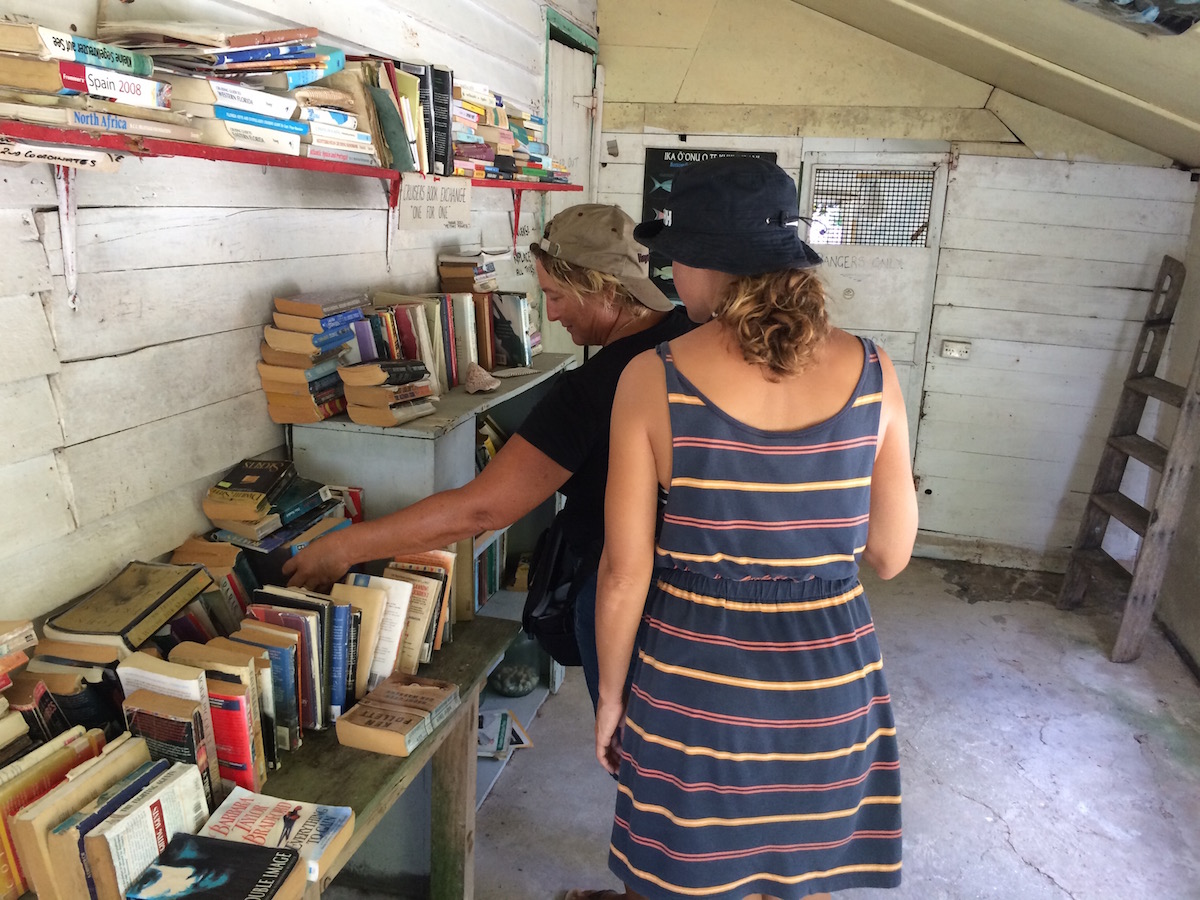 There is a palm-tree swing to pass the time and helps to kick up a little breeze at this side of the island. 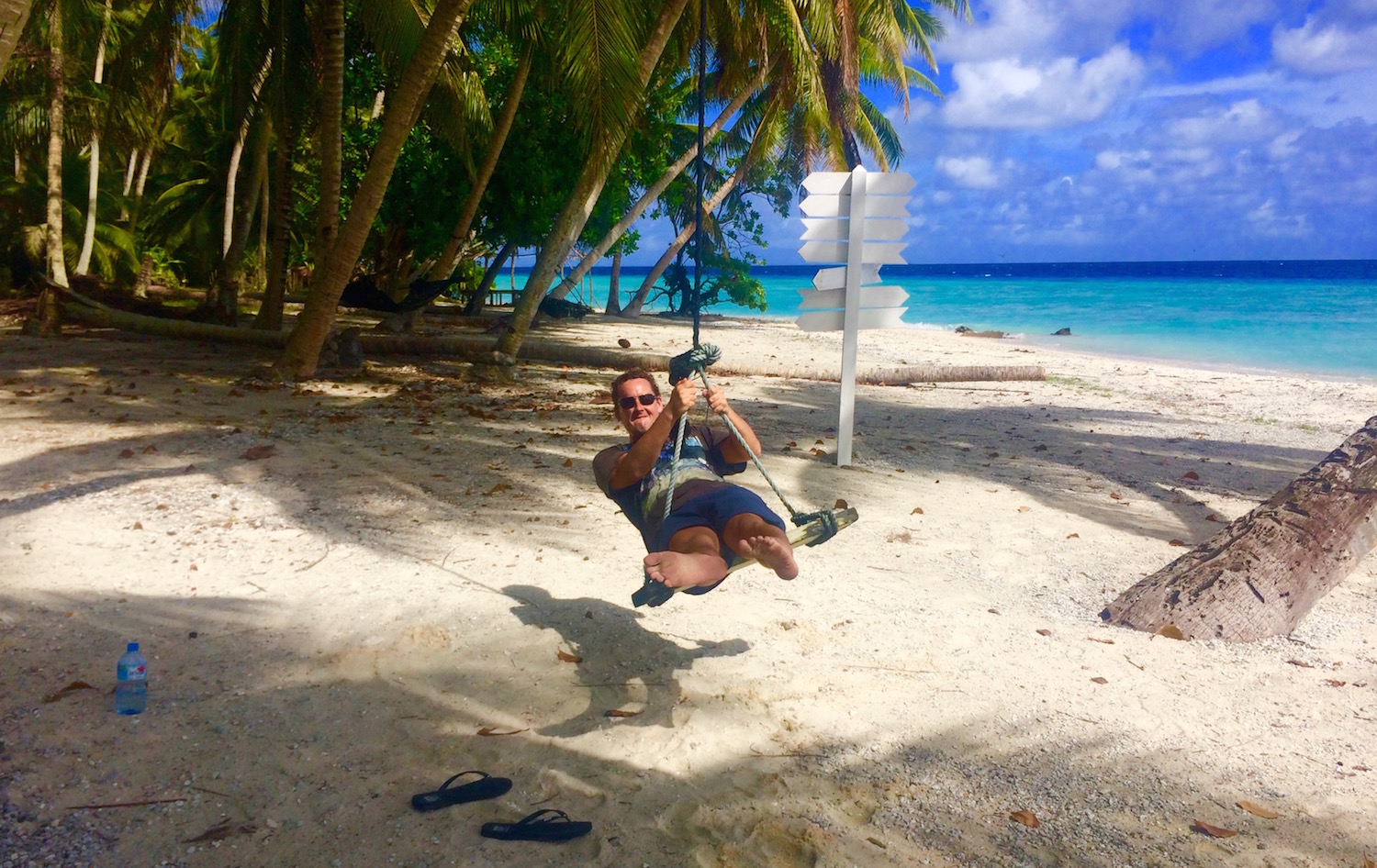 Then it’s just a short walk to the other side of the island. 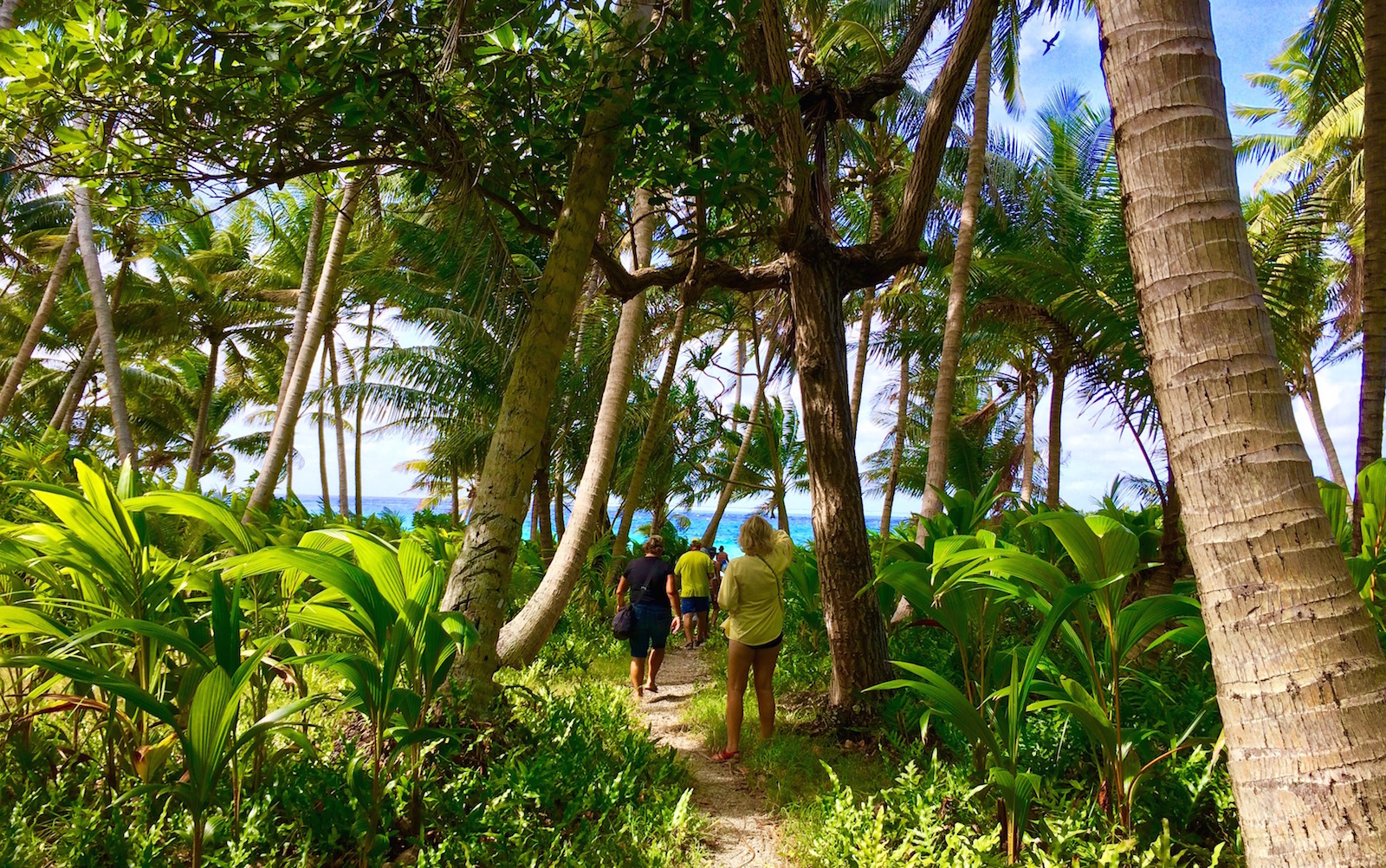 Here the wind whistles by, and is the only place on the island to escape the mossies. We saw several million hermit crabs of different shapes and sizes. It’s hard to miss them unless you tip toe around the place.

We swam off the beach and also snorkled. The coral was pretty dead unfortunately, but there was plenty of colourful fish to hold our interest. And as a reminder that this is a volcanic reef there are thermal springs under there spewing out hot water. 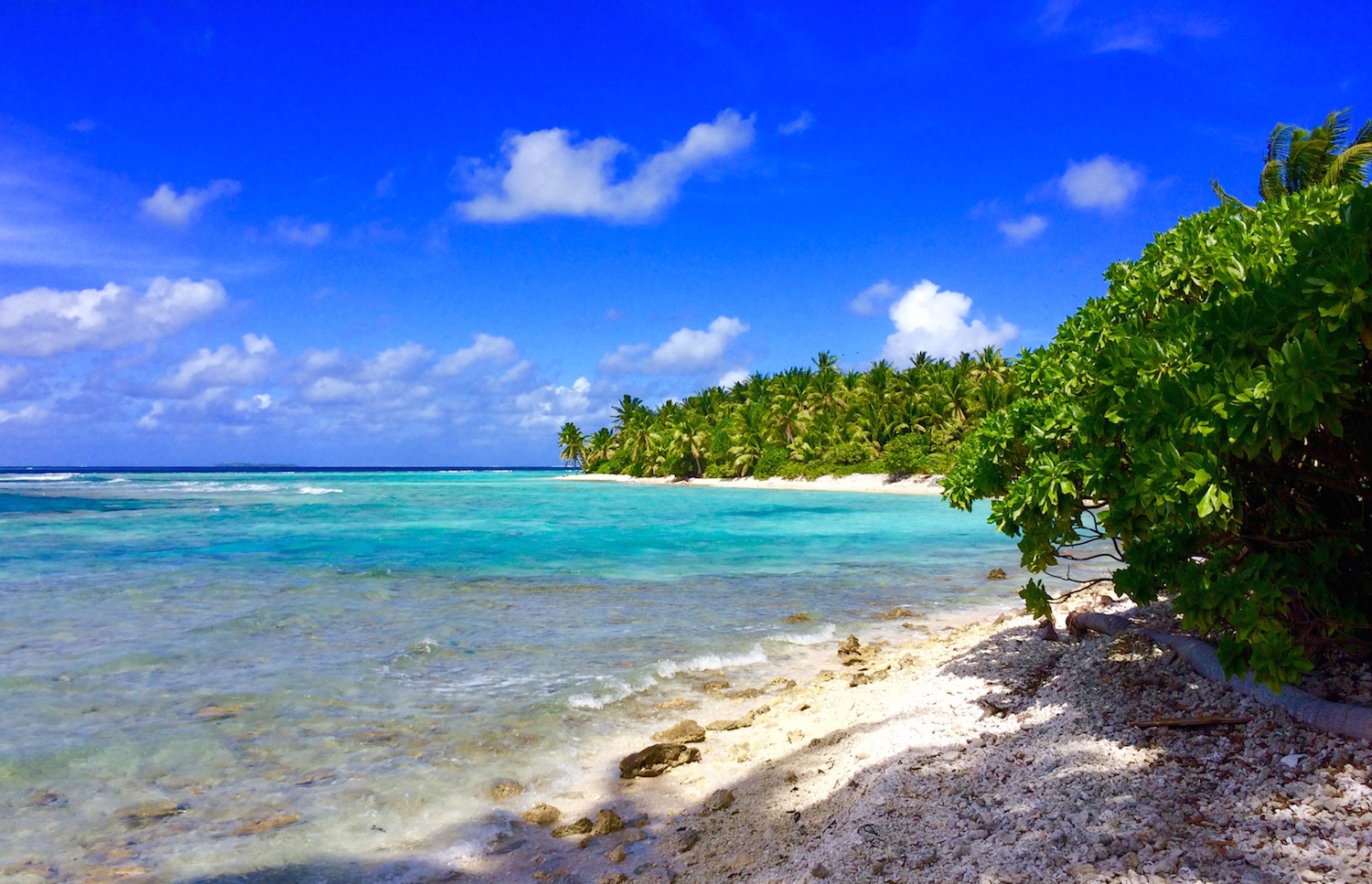 After a few days here it felt like we were stranded on a desert island in the middle of the Pacific. And we pretty much were. In fact, we were in the middle of nowhere, although we have fewer miles ahead of us than we have behind us, which is a sad state of affairs but also quite a relief. 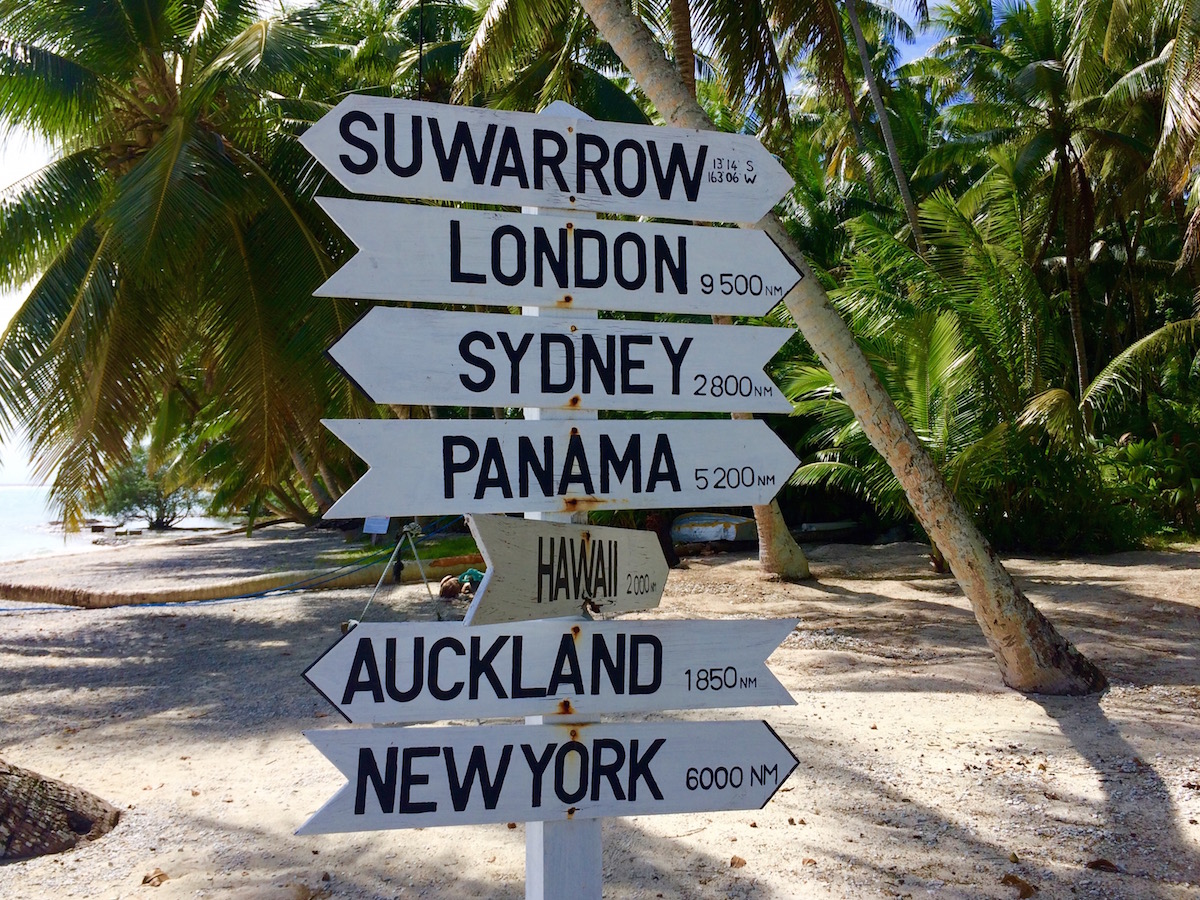 We waited patiently for the weather to clear for the next part of our journey. Boats came and went, each with a story of big seas and big winds. And so we waited.

I think we would of gone mad if it were not for our fellow cruisers who took us for a dinghy tour around the lagoon, took Simon fishing, invited us for dinner or simply shared a cuppa and some cakes. 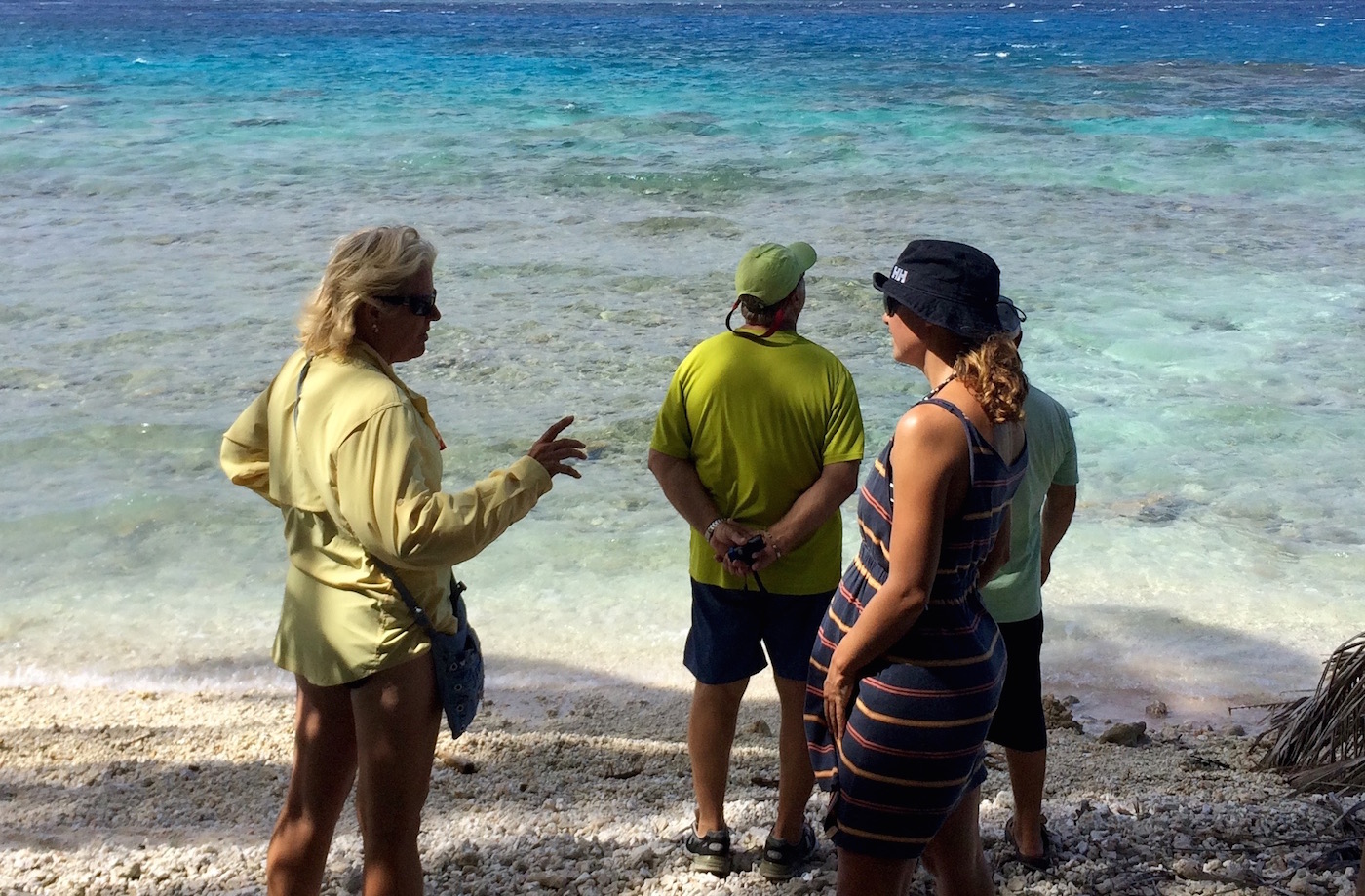 Eventually a not-so-bad weather window turned up so we jumped on it. Next stop Samoa!

One thought on “Suwarrow”