The crossing to Gibraltar was pretty nasty. Wind on the nose, choppy waves, and then the wind died to zero and we had to motor. Not much fun at all. 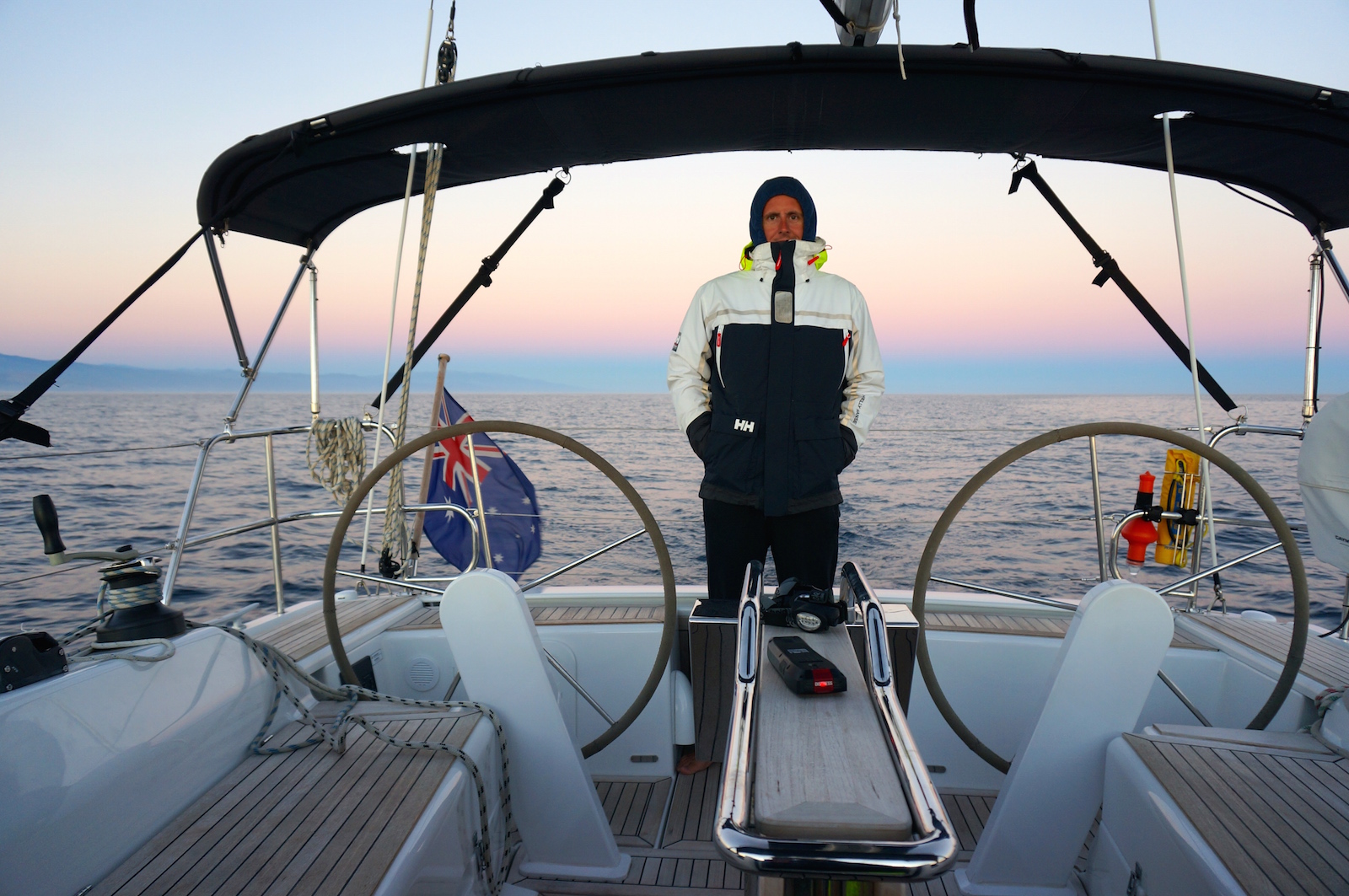 It did get interesting as we approched though. Ten miles off the coast we saw a bit of mist forming over Gibraltar. As we got closer this mist turned into full on, can’t see the end of the boat, fog. Great! Just what you need coming into one of the worlds busiest ports! 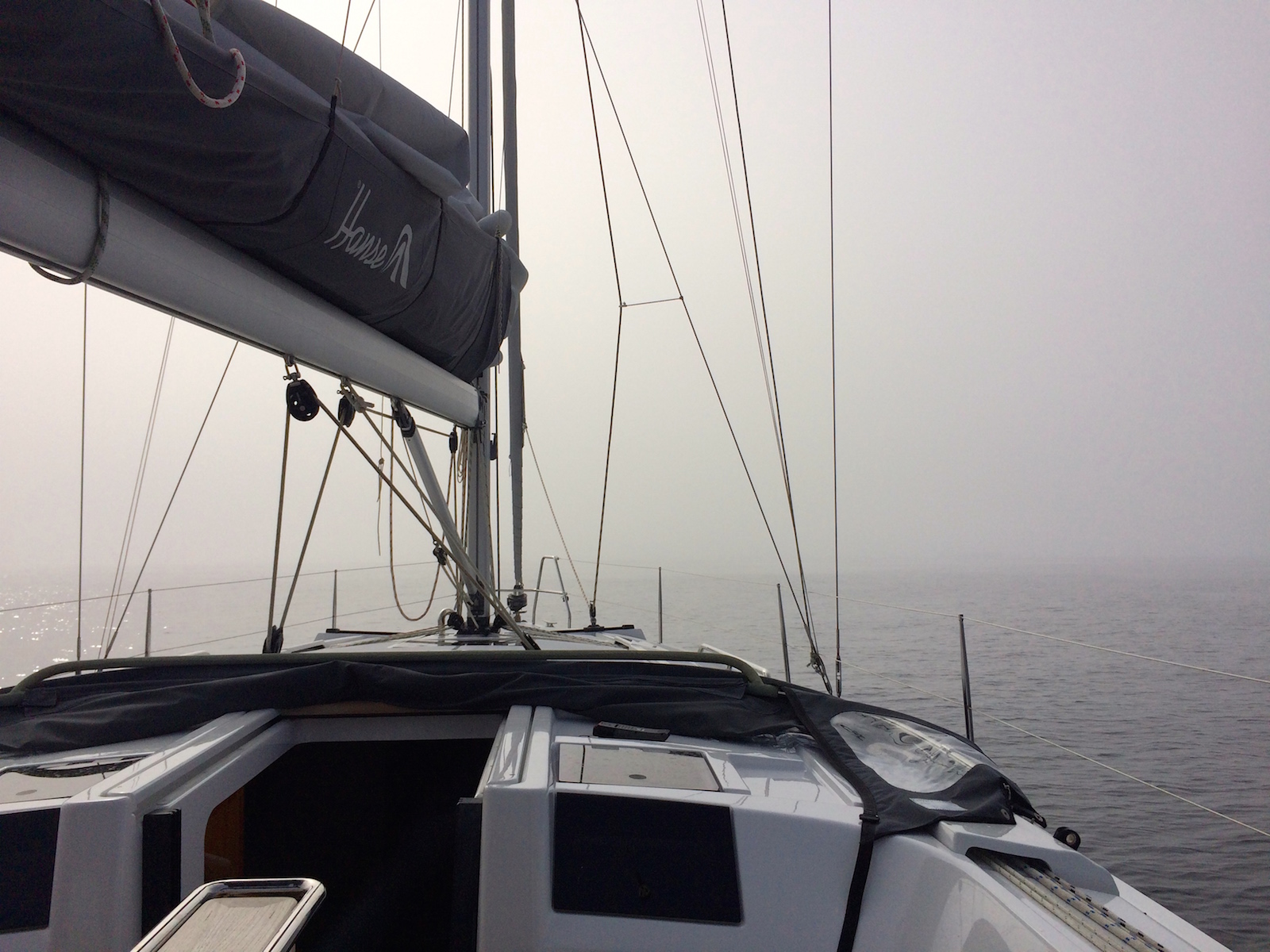 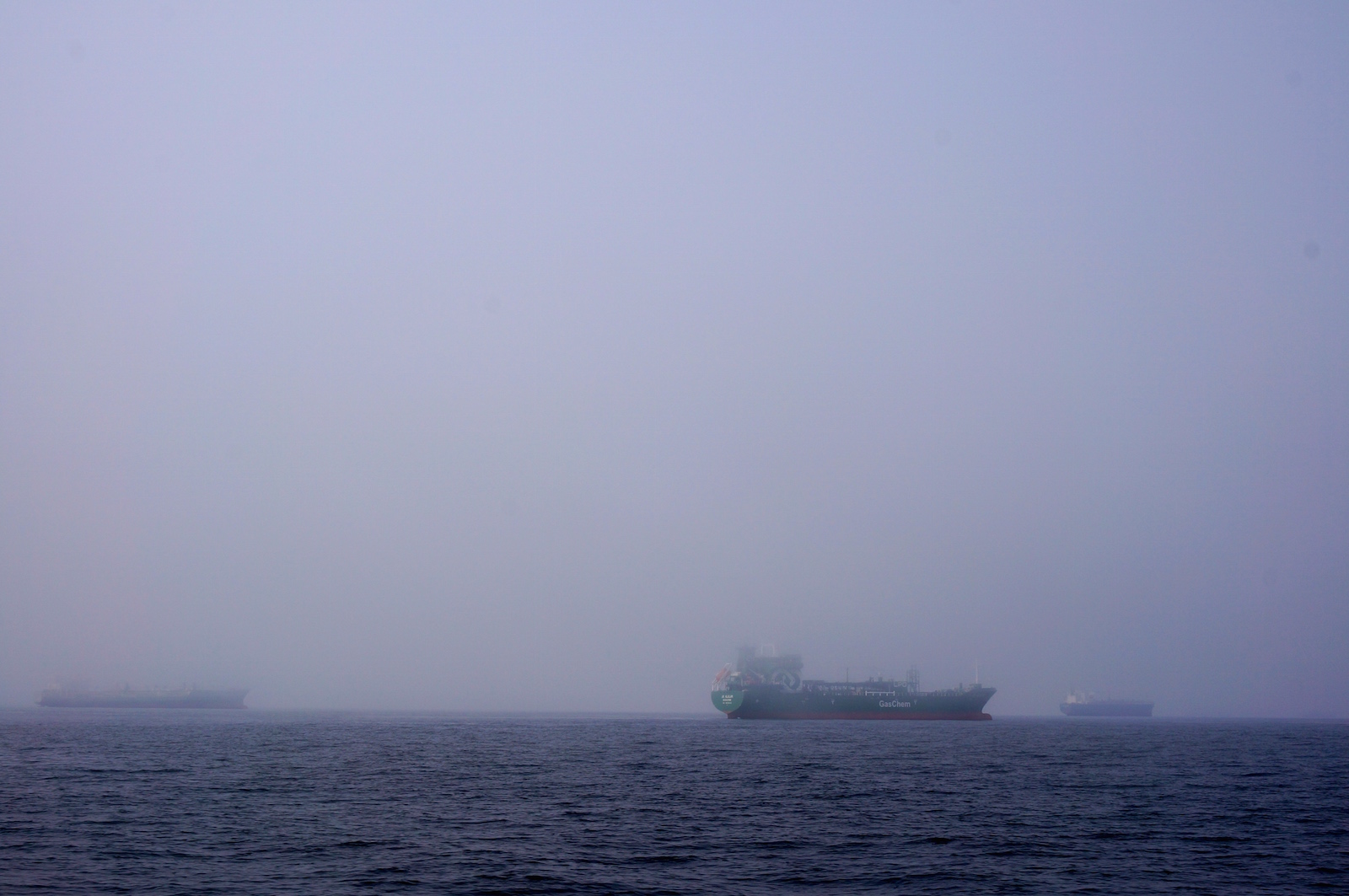 AIS proved itself once again and we kept as good as lookout as we could. Thankfully once we rounded the coastline the fog cleared (it was rolling out to sea) and we moored up safely.

We had always hoped Gibraltar was going to be a bit of a pitstop type of affair. Head in. Get repairs and upgrades done. Change the tries. And race back out.

Well, turns out, we stalled a little and ended sat in the pit lane waiting for Royal Mail of all things.

Getting parts for boats is a nightmare once you get past the 100 or so things every chandler stocks. If you require a new fuel filter you’re sorted! A new bottle of deck wash? No problem! A replacement electric battery combiner.. “Eh? Nah, don’t stock those mate. Can get you one in 2 weeks.”.

The issue we had coming into Alcudia reared it’s head again leaving Cartageana. The batteries stopped charing from the engine which is bad news as we get ready for the ARC rally where you REALLY need that to function solidly. We’d also been having some issues with our solar panels as well which were supplying less and less current. Add to that the water maker we wanted to get installed and it all added up to a large amount of getting stuff done!

I had (optimistically) hoped it would be a few days of rushing around, fixing and installing, before leisurely cursing down the coast to the Canaries but I quickly realised this was going to take time.

We were recommended a company in Gibraltar called ElectroMed who I got in touch with a few weeks before we arrived. They have been amazing. The difference between having a guy who knows what he’s talking about, and cares about his work, over some of the people we met can make or break a boat.

He looked at the solar and pretty much shuck his head. The connections were rusting, the main cable into the boat had almost melted through. That’ll teach us for trying to go cheap and buy directly from China. :/ Honestly though it was good to get this stuff looked into, it was a silly mistake to go cheap on this stuff and while we haven’t really lost any money (well apart from having to now buy good quality items) a fire on a boat is not a good thing to have.

Tom, the electrician from ElectroMed, worked wonders. He quickly fixed the Radar (software issue). Our AIS Alarm. And a few other small things. The solar and battery combiner though required parts that no one seemed to have local. We ended up buying everything from the UK and getting them shipped.

It’s so frustrating waiting for stuff to post. I kept thinking why didn’t I do this before getting here!? But of course we didn’t know if the combiner, or solar, was a quick fix or a replacement job so there you go.

We did get stuck into installing our water maker though. We went for a relatively low output Katadyn 80E which is a 12volt unit producing around 13-14 litters of pure water from the sea per hour. It’s pretty cool to think our new solar will be able to create very good quality drinking water from the sea via the power of the sun. Stuff like that just makes me smile! It’s not the largest output water maker out there but it doesn’t draw much either so we’ll just run it for a few hours every day or so to keep up with our water usage. Water makers like this so should would out well. 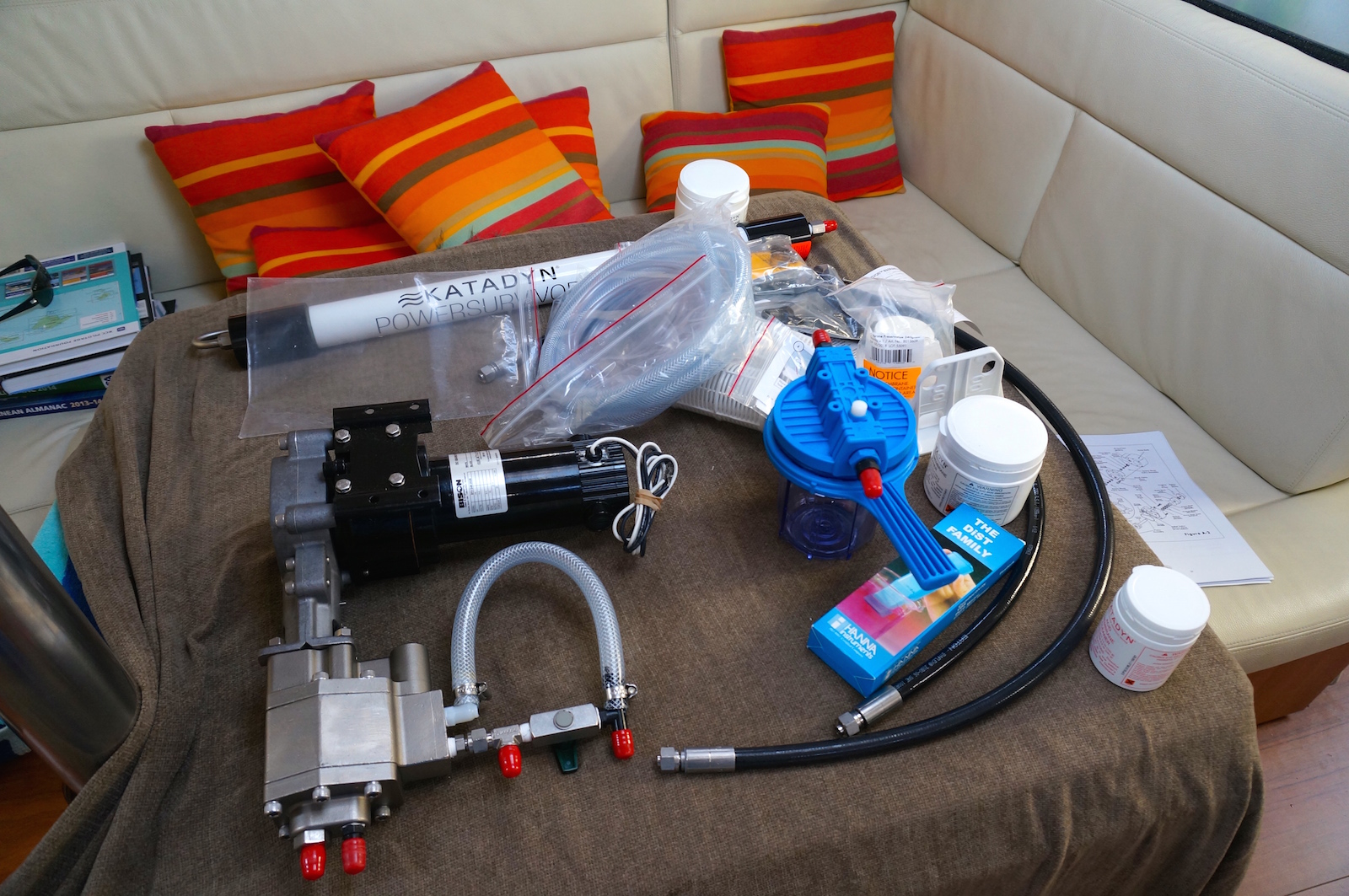 The install went pretty well, there’s a load of space under the rear berth on the 385 which allowed us to install there with good access. We placed the pre-filter (a part that needs cleaning every time you produce water) in the engine compartment where we can get at it easy- plus it’s feed comes from the engine cooler water we tee’ed off of. 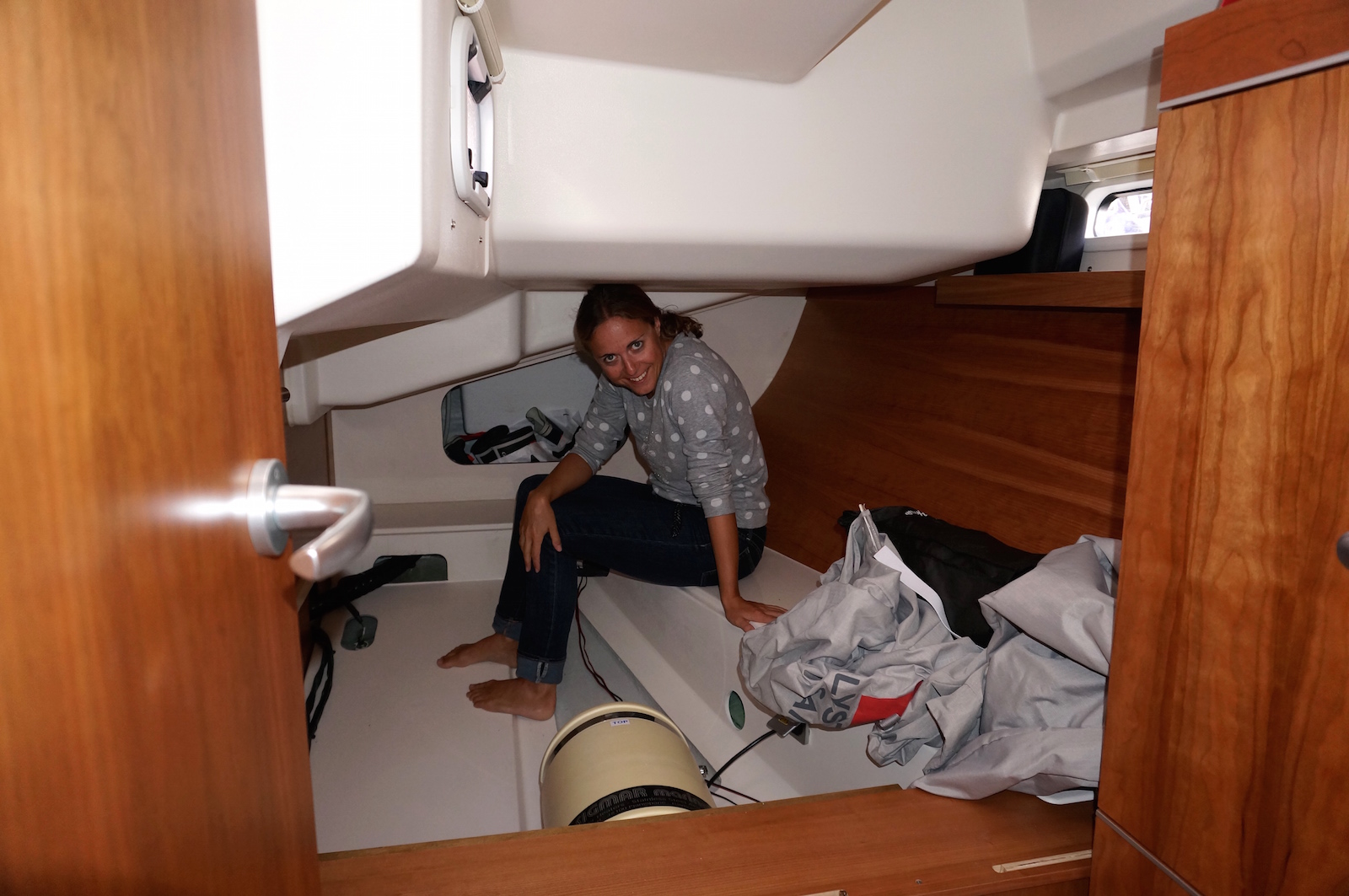 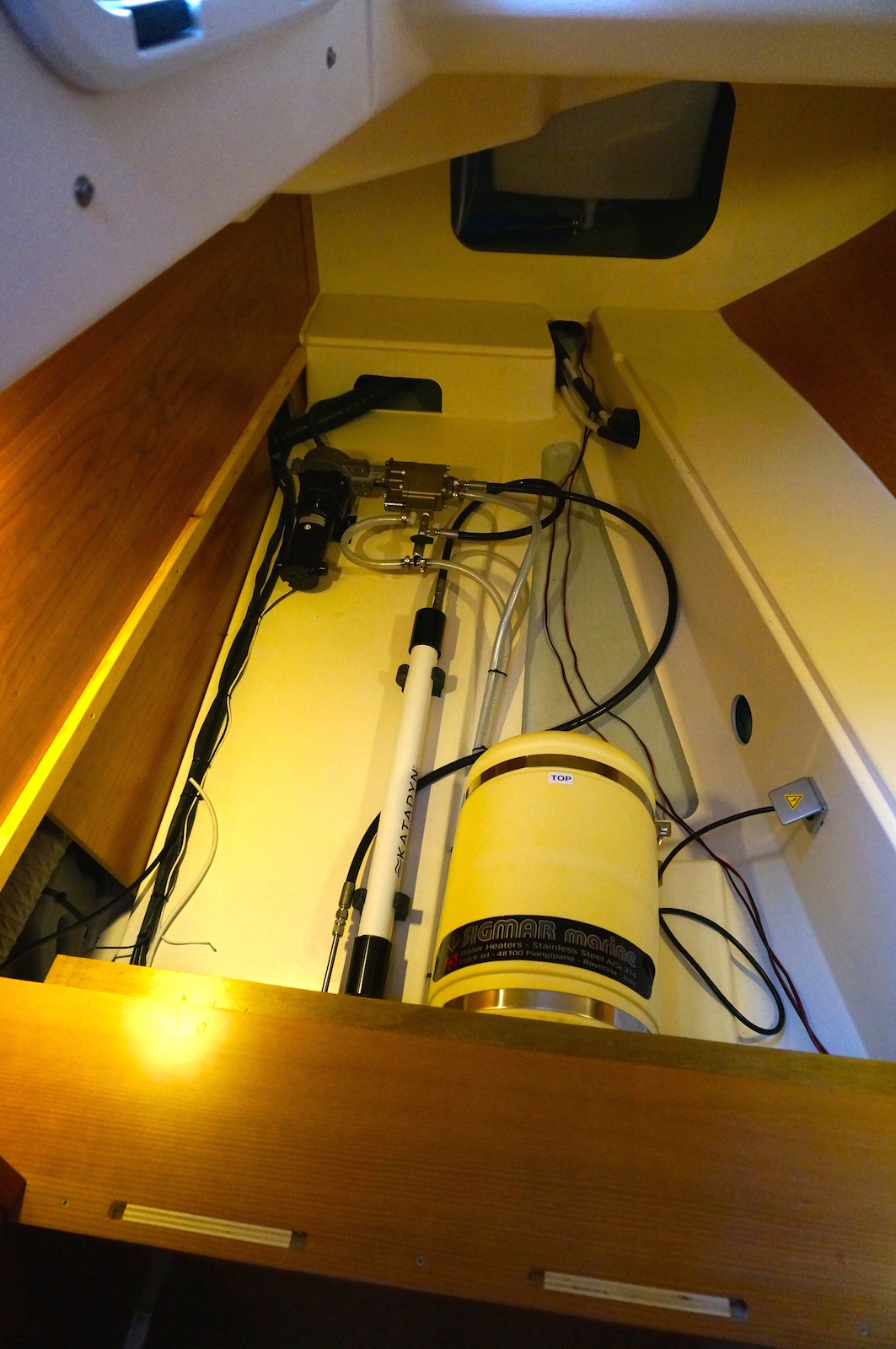 Well, we would have done if the tee fitting was the right size for our hoses- yep, you’ve guessed it, another part we needed shipping from the UK.

While we were waiting for Postman Pat we didn’t just laze around. There was still a few items on the ARC safety list we managed to find. Plus we got all our medical supplies from the doctor here (who was also into sailing so really knew his stuff for meds needed off-shore) and jabs for this and that. We also did the mother of all provisioning shops from the local Morrison’s. Was good seeing UK brands we knew again and Helen now has enough teabags to last her well into 2025. 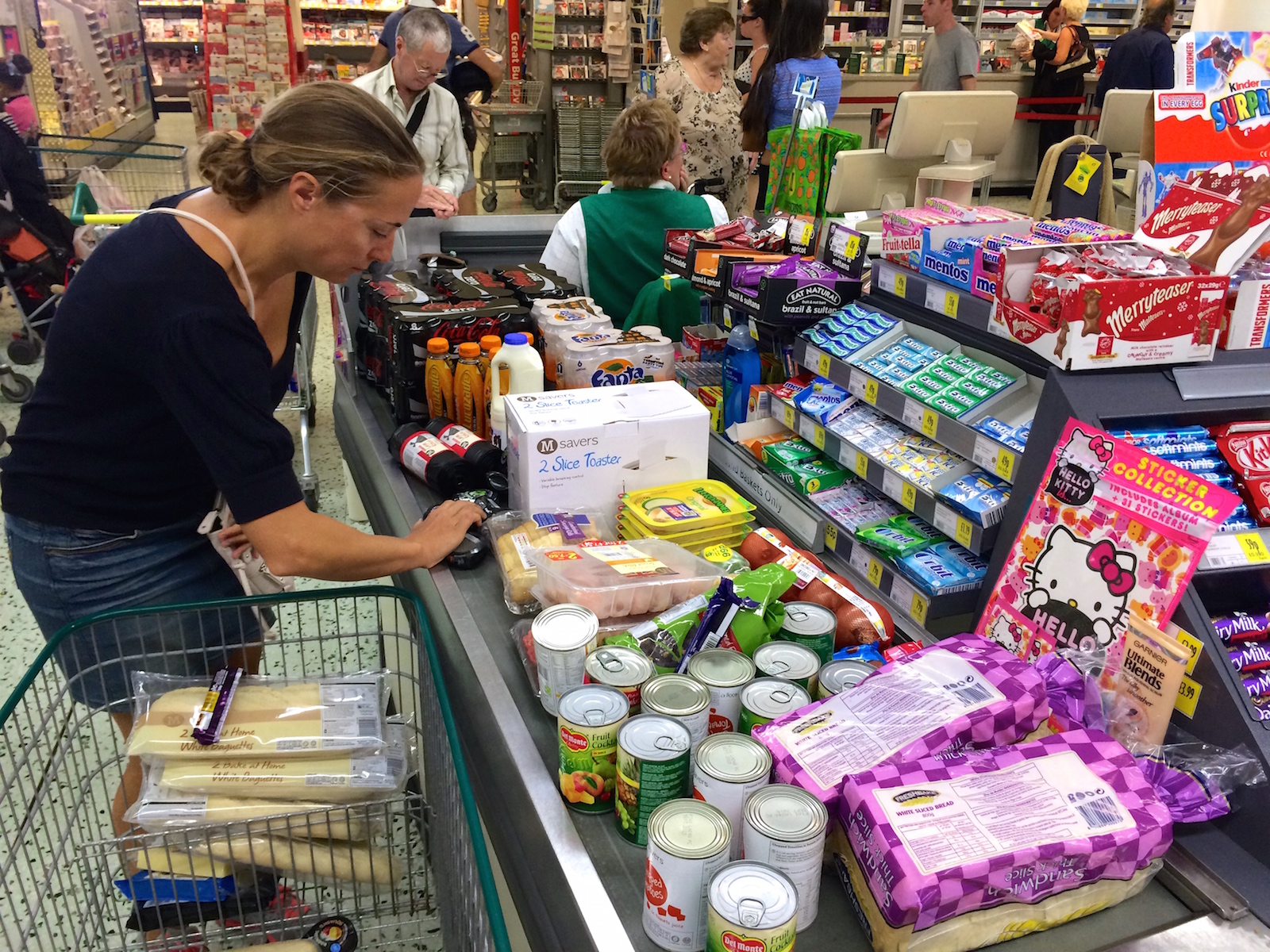 It’s good to get all those old to-do items ticked off but time just keeps slipping away from us. We’re now eating into the time we hoped we could spend in Morocco. However we never wanted to leave Gib before the boat was pretty much READY. We’re almost there. We could start the ARC rally tomorrow if we wanted to now everything’s been installed and checked twice. Interlude has never been so well equipped or ready to do this crossing so we can’t moan too much.

It was also good to relax a little and Gib’s good for that. We had some good nights out, some great food and got to catch up with David, Anne and Cam who we met a few weeks before and finally caught us back up. 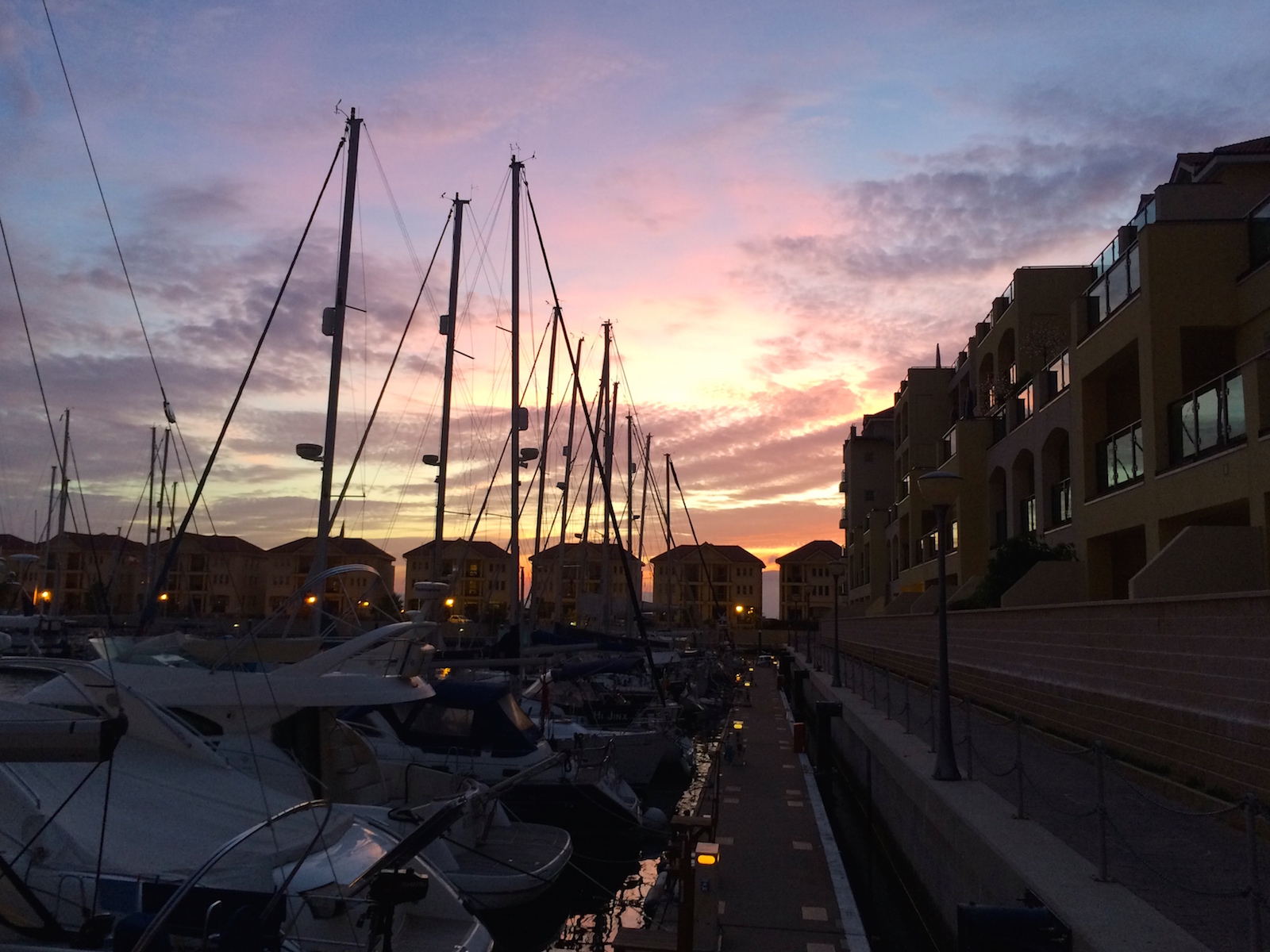 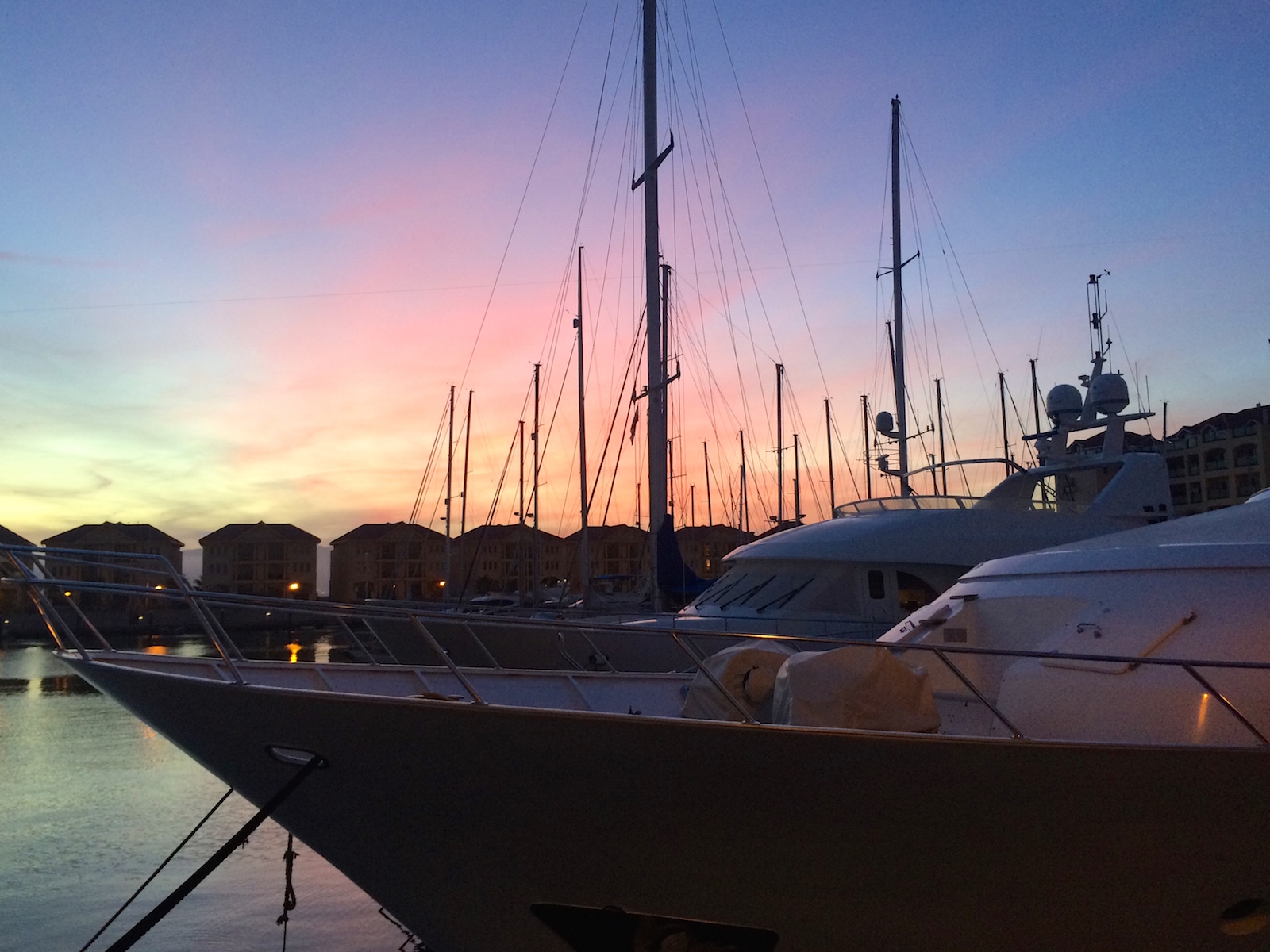 It was always our intention to get to Las Palmas pretty much ready to go. We didn’t want a mad rush in the days leading up to the start. We want use that time to relax, to meet and socialise with all the nutters sailors doing this crazy 2800 mile crossing. I hope a bit of frustration now will pay off on the 23rd of Nov when we head out to sea for three weeks.

We made it to Gibraltar! It’s been our milestone for so long now so we were happy and relieved when we finally landed here. It had been a long but nice trip with some perfect downwind sailing before the winds dropped off.

We arrived at Gibraltar harbour and I started to rig the Union Jack and Q-flag in preparation. It was then that the winds picked up to a lovely 25 knots bringing with it some lovely lumpy seas. Not only that but we had to tackle the busy Gibraltar harbour, with it’s many tankers, ferries, yachts, motor boats – you name it. 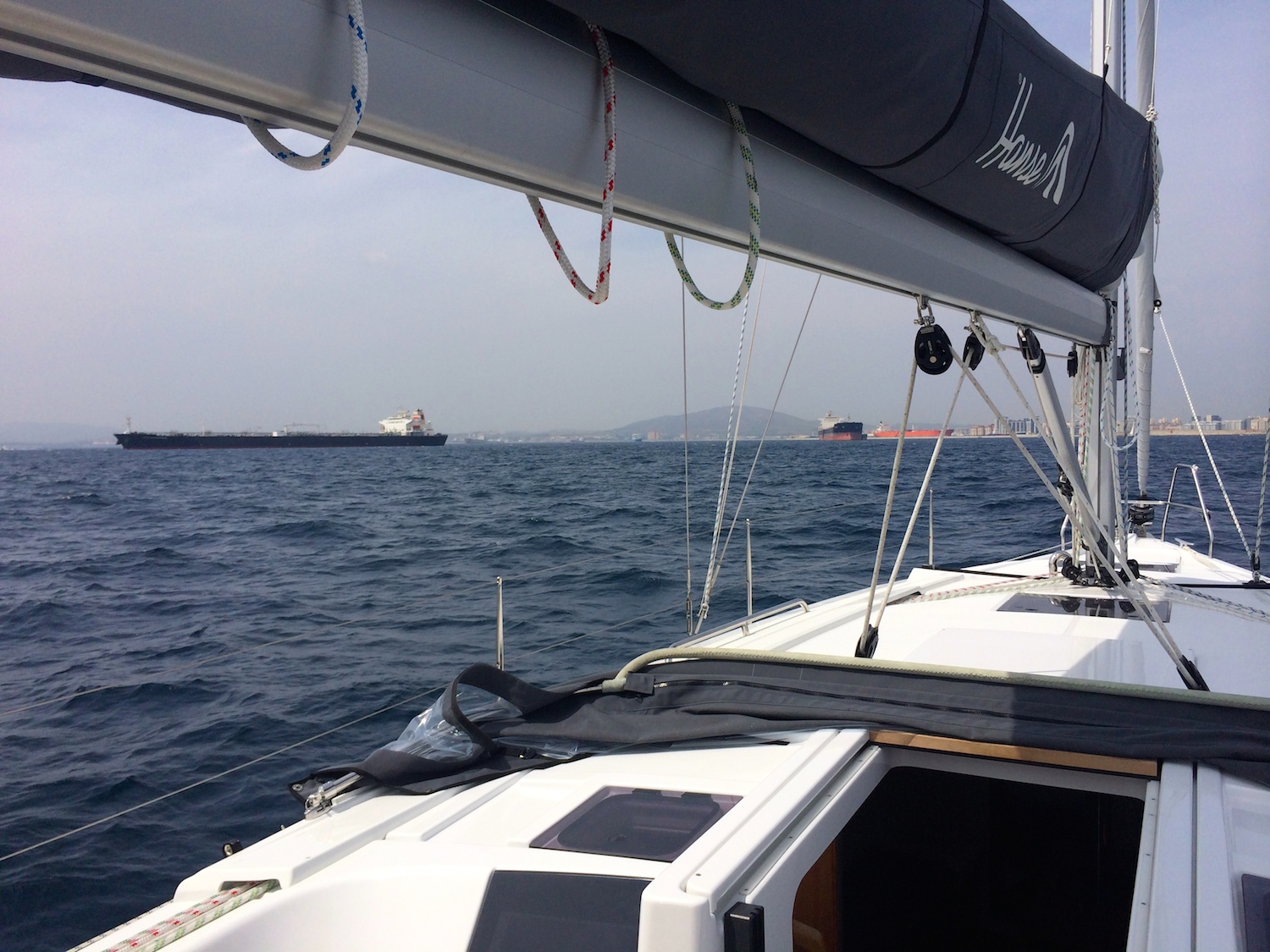 I scrambled into the cockpit where we were both bumping around and staring at the chart plotter and out in every direction. We did a few manoeuvres, doing the right thing and going behind a huge tanker even though it was travelling slower than us. Then another super tanker started heading straight towards us at a super 25 knots!  No worries, we’ll just hide behind the first tanker. Nope still coming on quickly, so Simon tanked the engine but still, on it came. We were never going to be able to outrun that thing!!!!

It was then that he asked how long it was. “Erm… 8 meters”. Turns out it was the pilot heading out to the tanker. “Phew!”

So we limped into the marina and somehow pulled off our first Med mooring with the help of some nice marina men! Oh and some awesome helming by the captain – very proud. Although I must say it’s going to take me a while to learn to love those slime lines. 😉 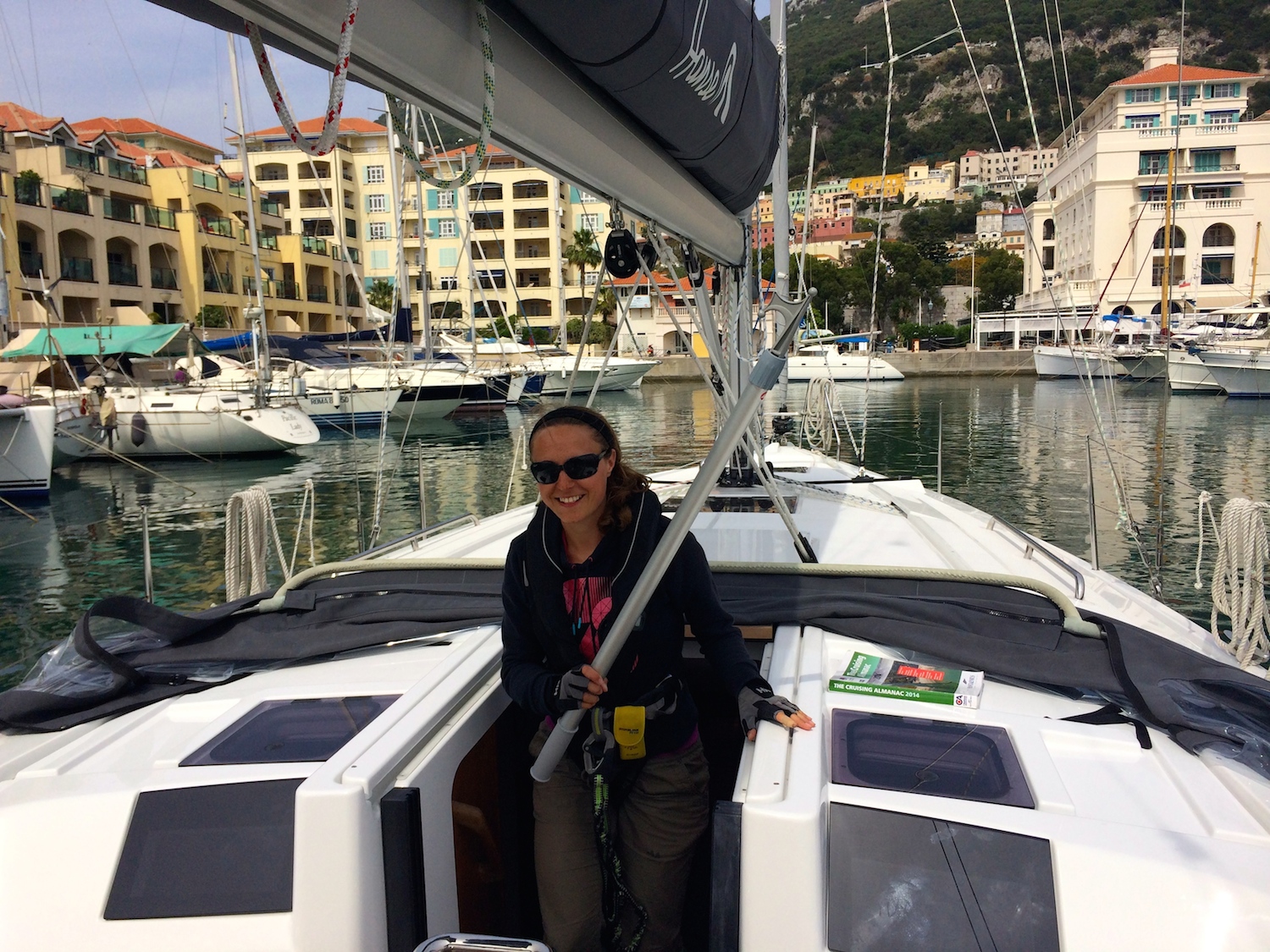 Simon’s parents were due to arrive the next day so it was on with the cleaning and washing before heading out for some celebratory drinks. We were just on our way out when I was searching for my phone. “It’s in the pocket of your hoody in the back berth.” Yes you’ve guessed it, I’d only gone and washed my iPhone along with the laundry 🙁 So was not a happy chappy for the rest of the night.

We had a rubbish pie and burger (got to love English food) while watching Chile beat Spain. 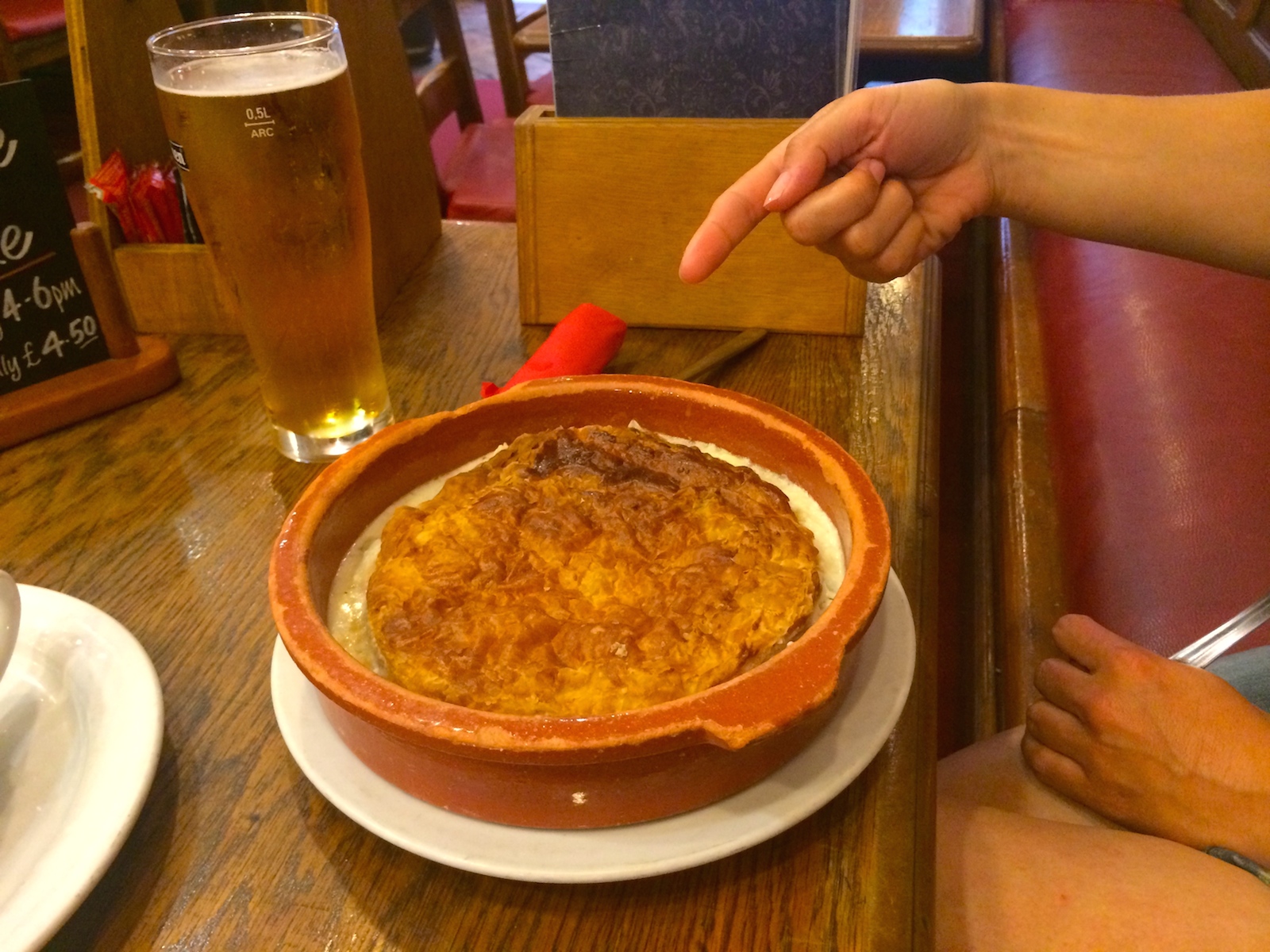 We did get talking to a local though and found out that Gib supports any team that plays Spain. Not in an English/Scottish way or an Aussie/Kiwi way, no it seems that their hatred runs deeper than that and beyond the boundaries of sport. Anyway that was news to us but perhaps we need to get up to speed with our politics. Gib also wants their own team in the Olympics and why the hell not?

We hung around Gib for a while with Simon’s parents while we waited for some nice weather and worked out our next plan. Finally picked up some pilotages from the third chandlery we tried – Sheppards is the place to go! It cost us a small fortune but it’s got to beat spending hours drinking coffee in Morrison’s just for the wifi. Although they do have a well stocked bar which is a turn up for the books. 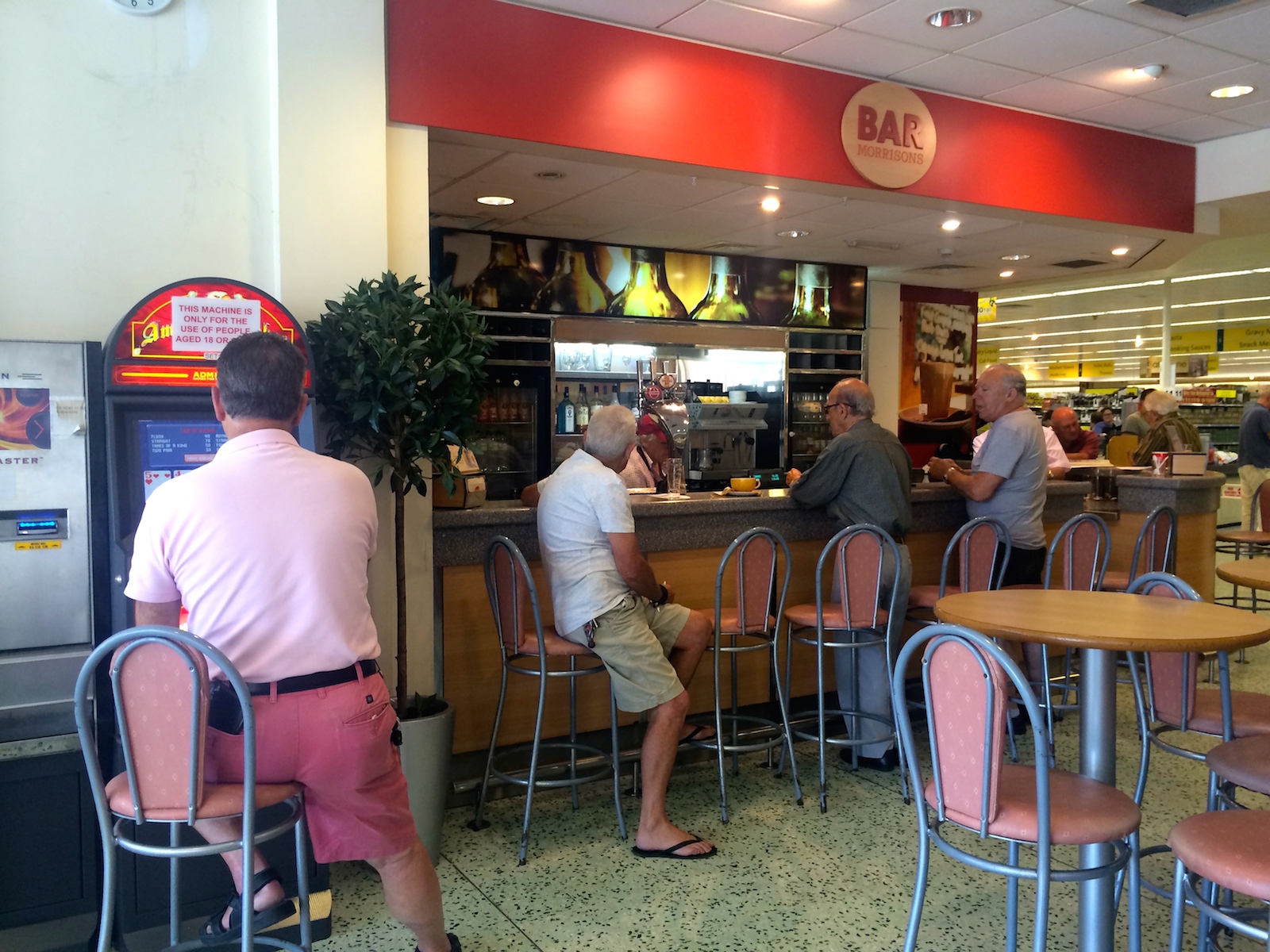 Of course we made the obligatory trip up the rock in the cable car to see the monkeys. I got the real experience and came away with my very own monkey bite. Actually, I think it was just a pinch but it hurt just the same. The views were pretty darn amazing though. 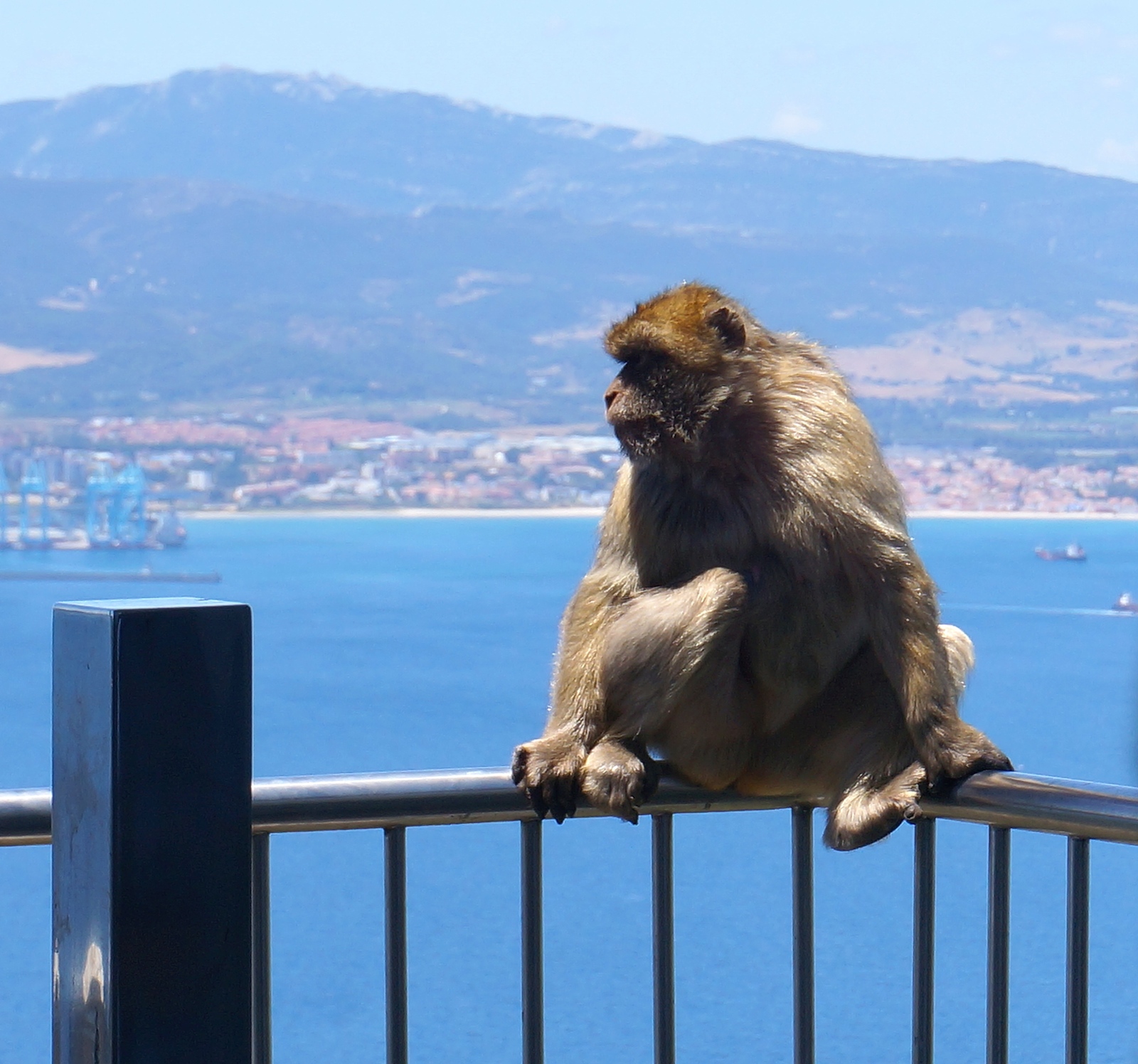 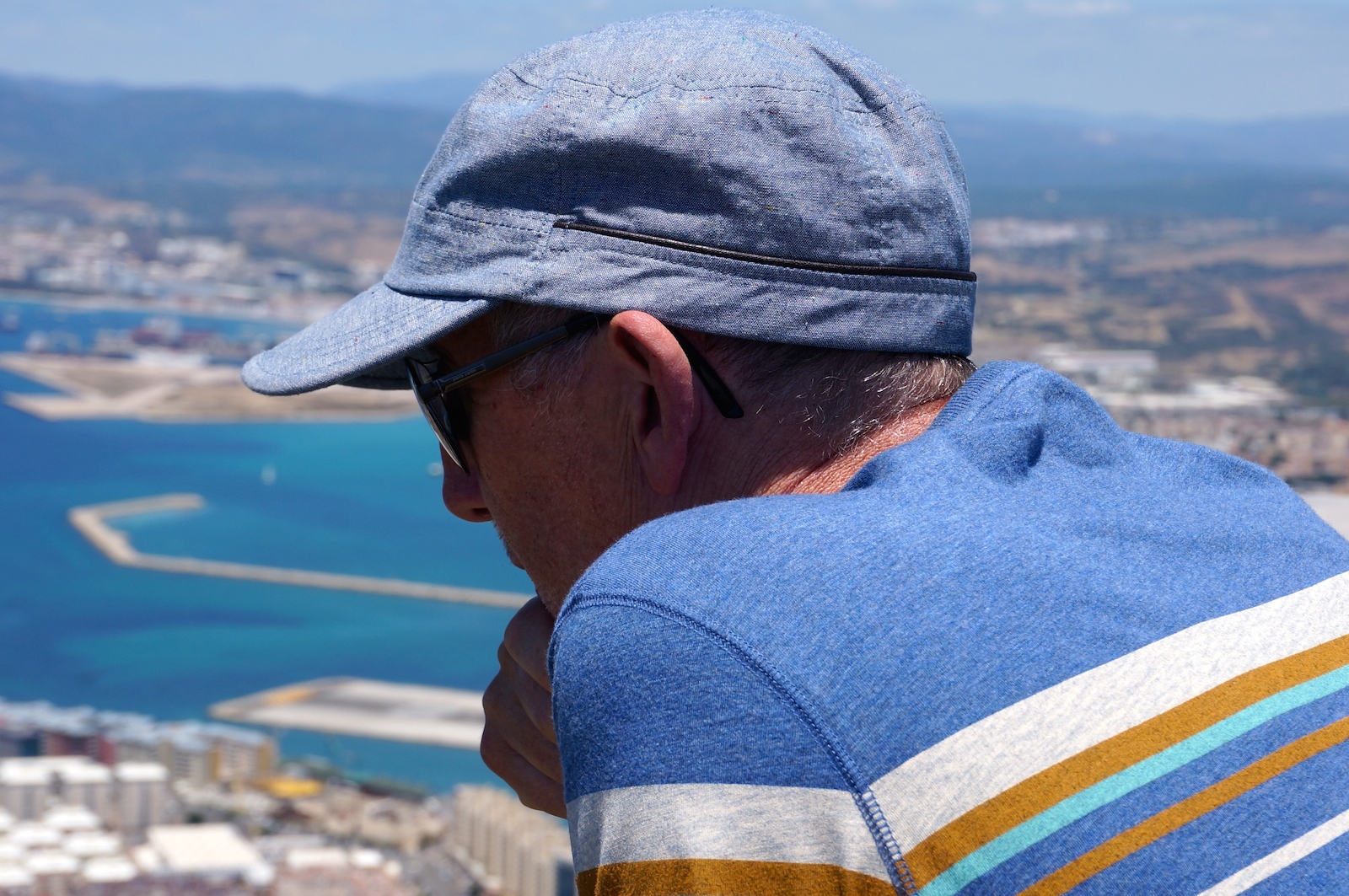 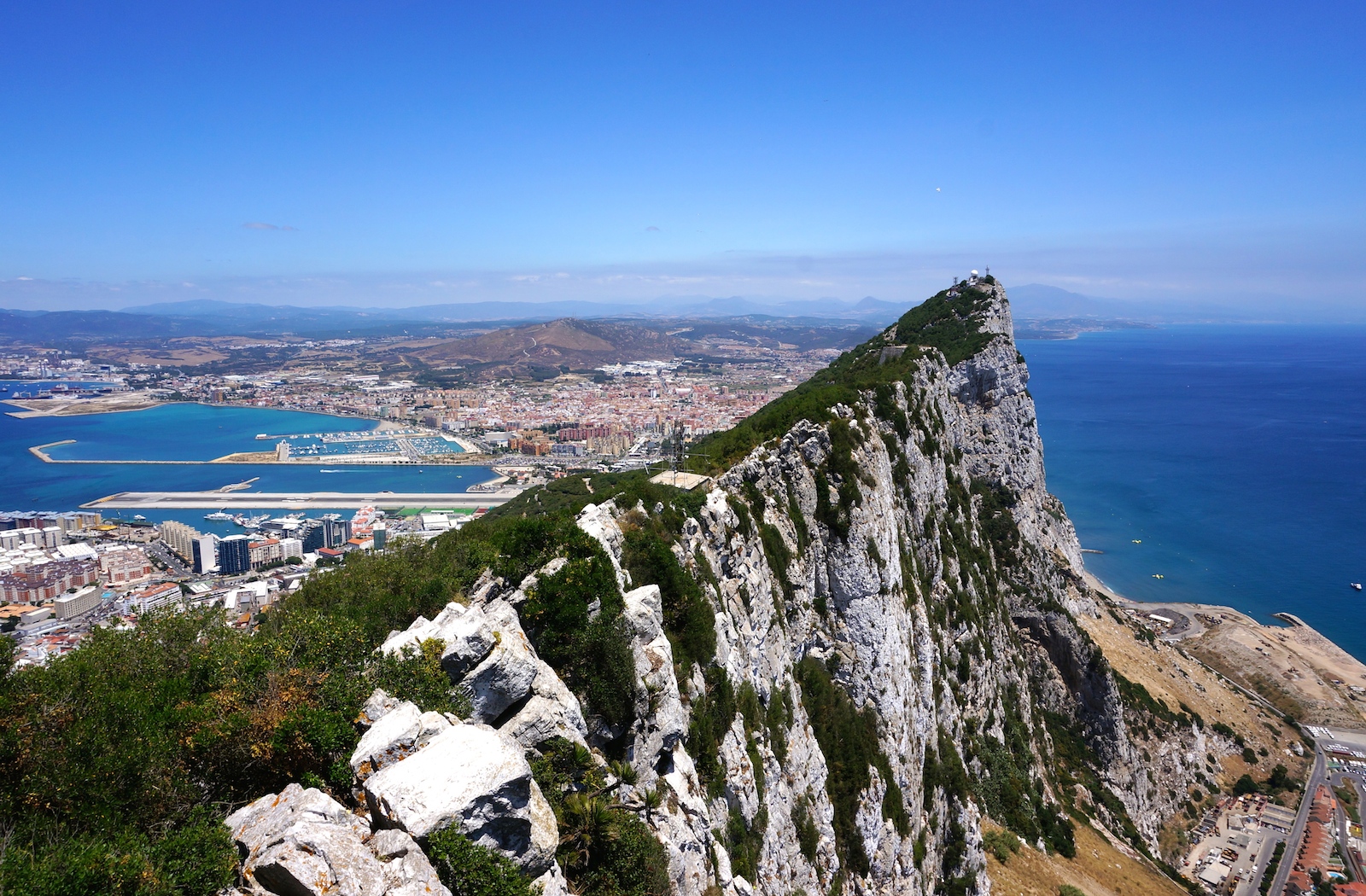 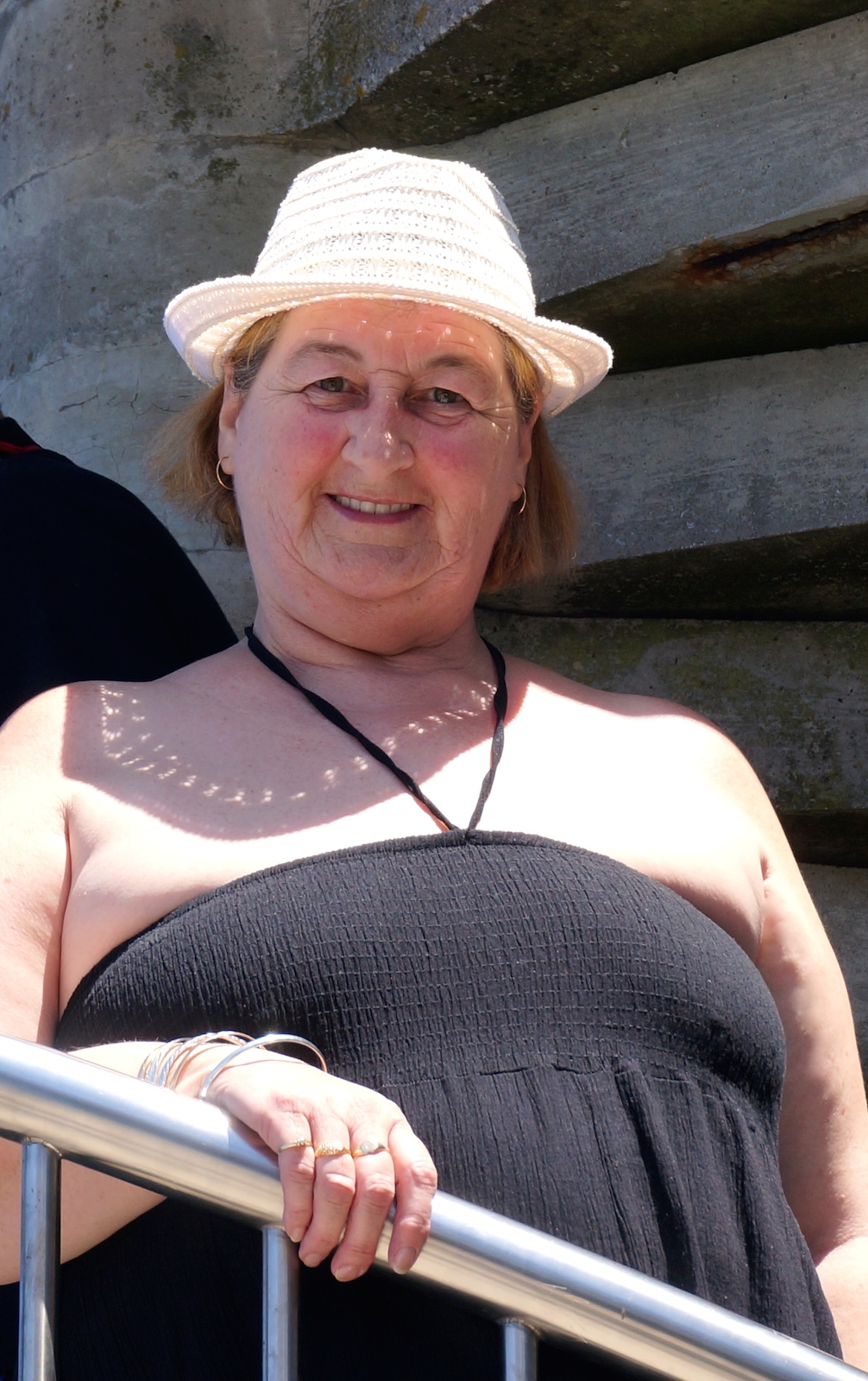 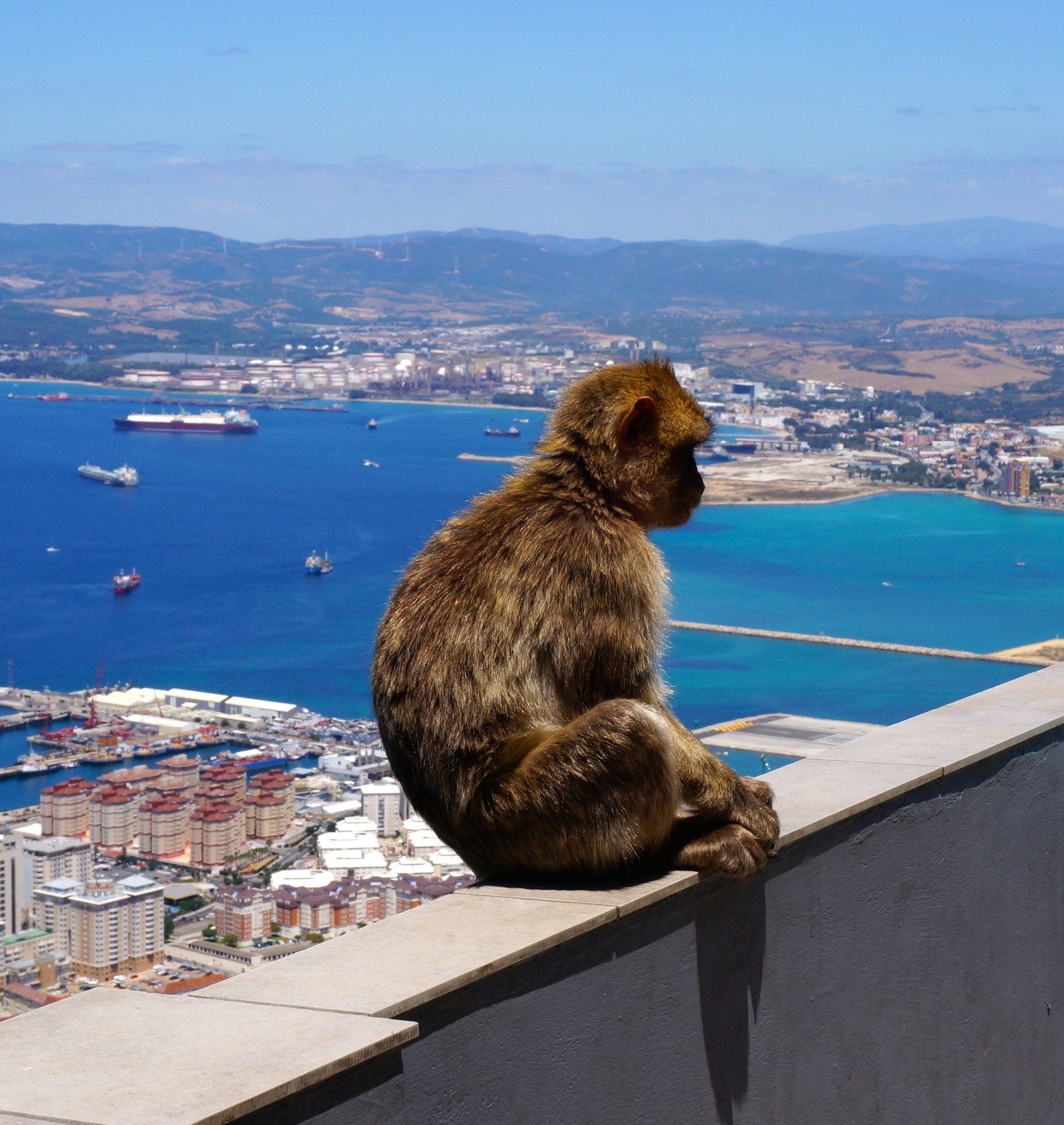 We had a great night watching England play – not the result we wanted – but the folks at the Angry Friar made us feel very welcome.

We also met a lovely couple in the harbour who were celebrating their wedding anniversary there as that’s where they were married the previous year. They told us about a food festival that was on that evening so we headed out and enjoyed some lovely culinary delights as well as an amazing atmosphere. 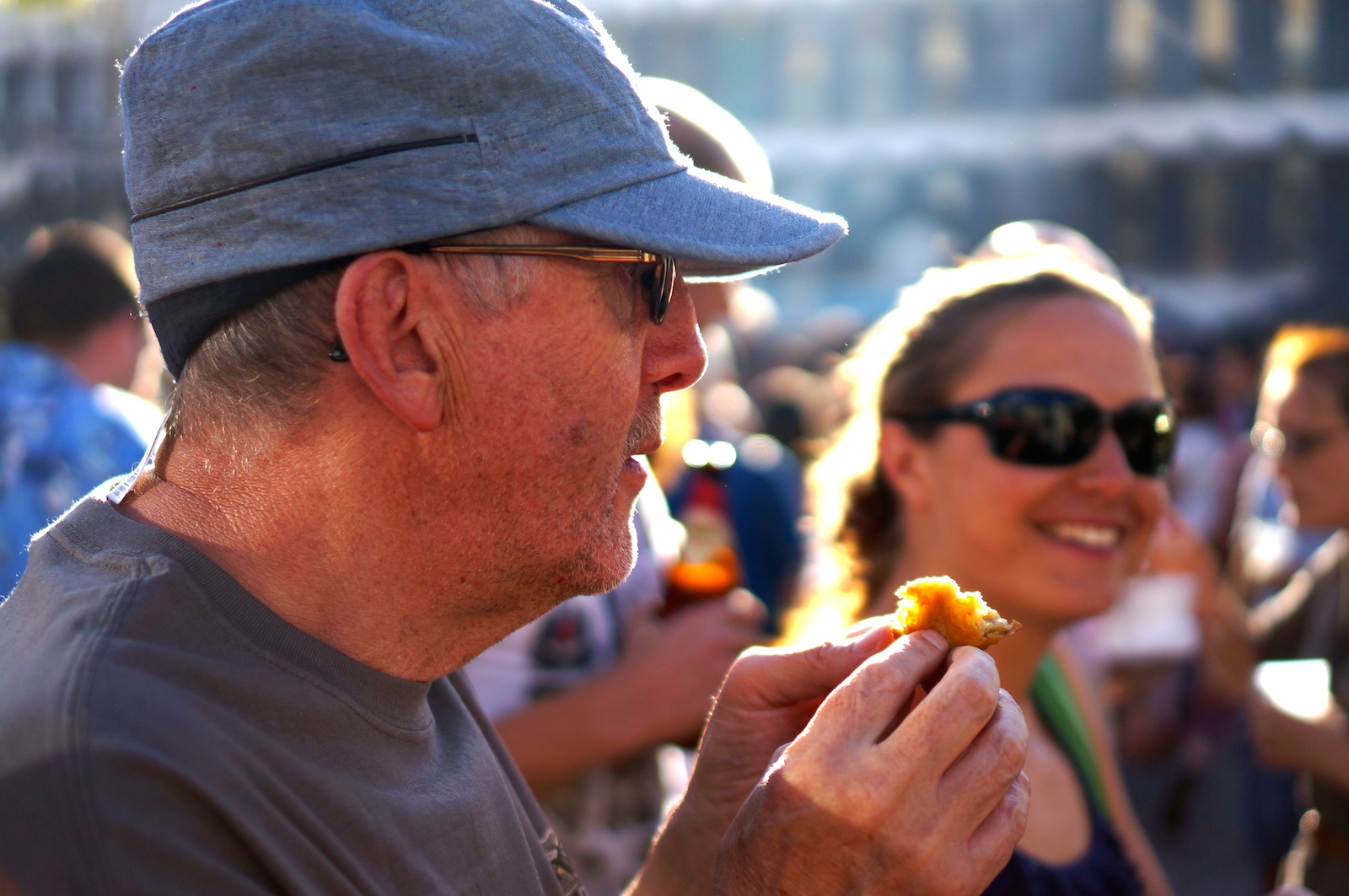 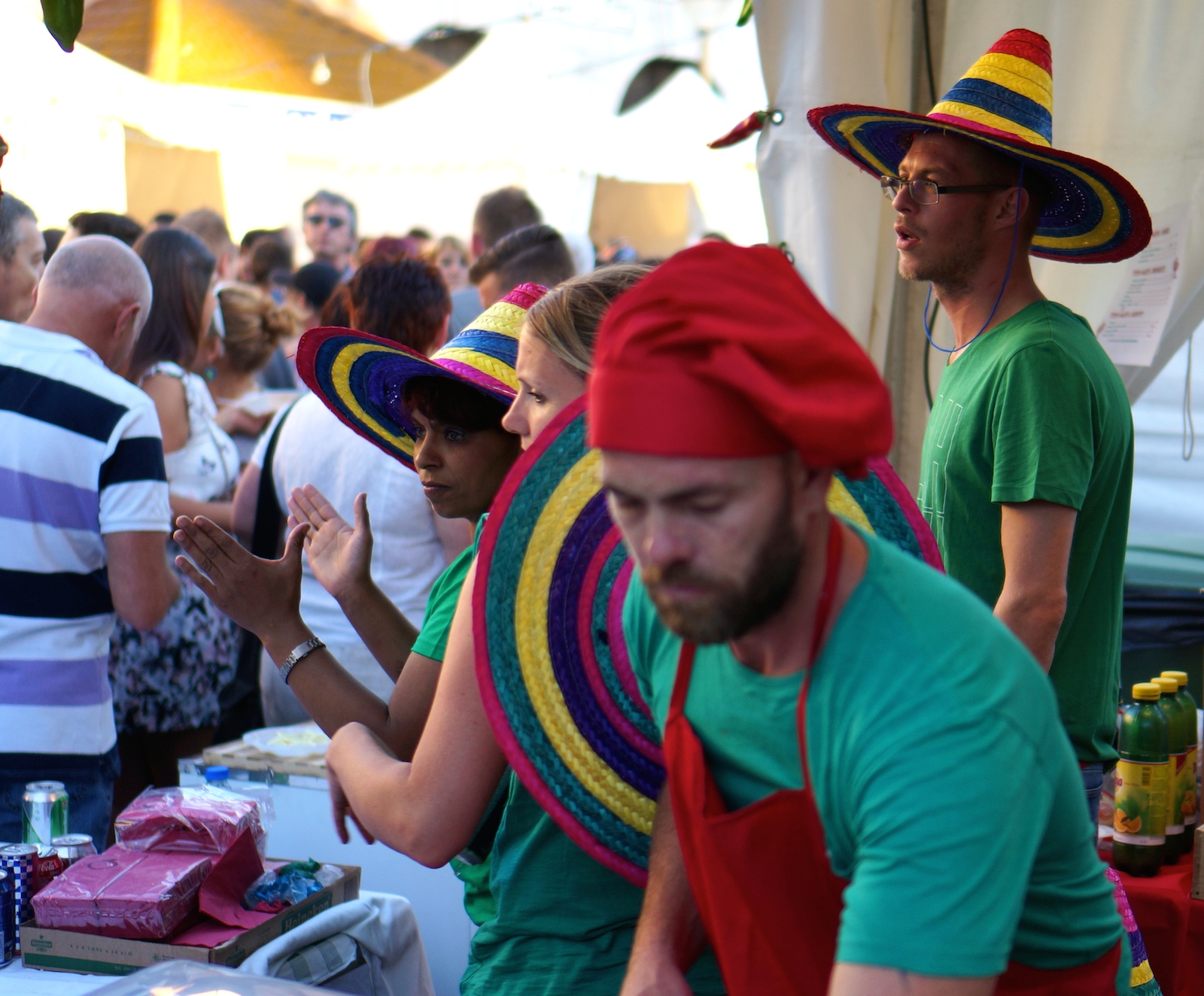 Although you couldn’t get hold of a hotdog from the US stand for love or money – boo! We called it a night quite early because tomorrow we’re pressing on again.