Our plan was to anchor just near Mar Menor. We had a great trip over, past all the holiday resorts and packed beaches. There were a few fishing pots around so we had our eyes pealed. Simon’s mum spotted ‘Wilson’ Tom Hank’s friend from Castaway.

Then I spotted something that I couldn’t quite make head or tail off. It turned out to be a huge rubber ring which kept flipping as the wind took it. This was like a red rag to a bull. Simon and his Dad were onto it. We’d done an emergency MOB and rescued a hat in Pitt Water (Sydney) but this was an even bigger challenge. Of course, before we knew it we were the proud owners of Ringtalude! 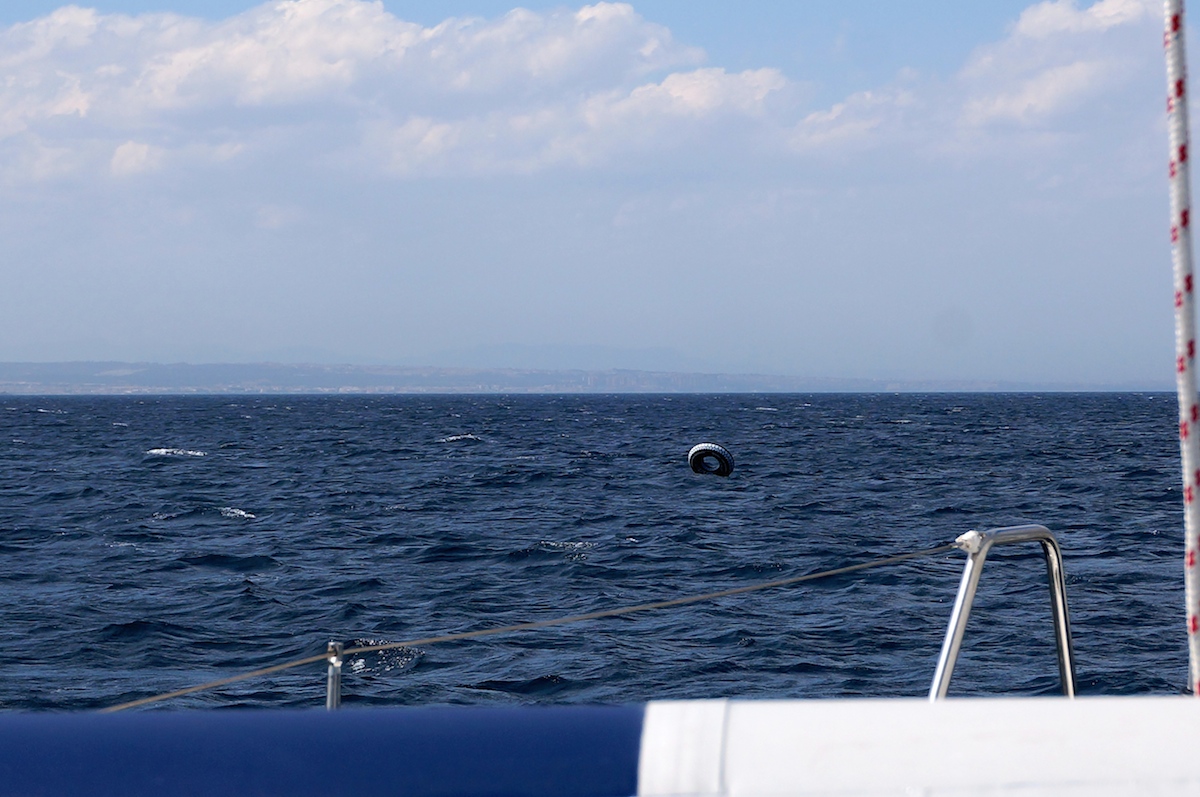 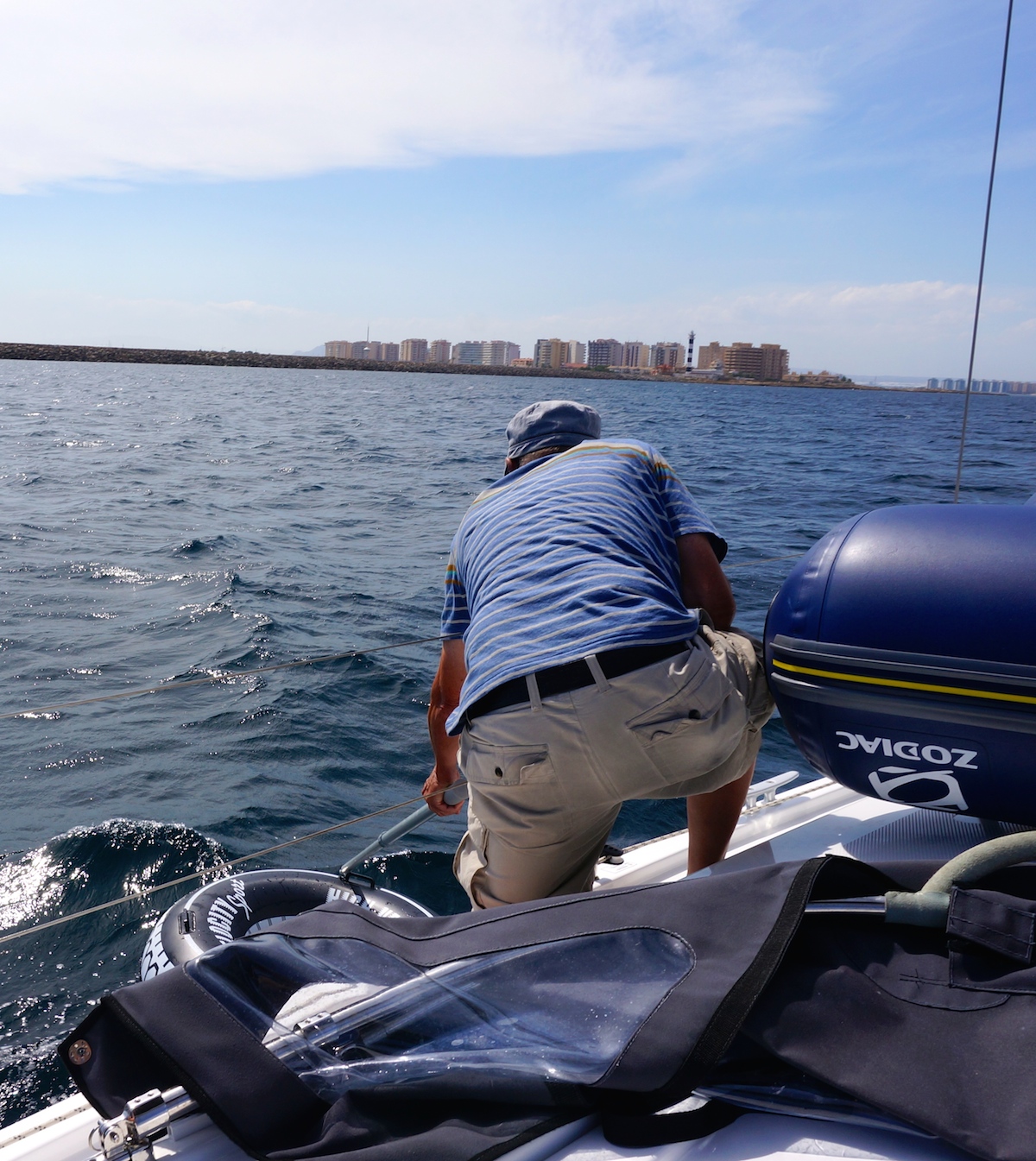 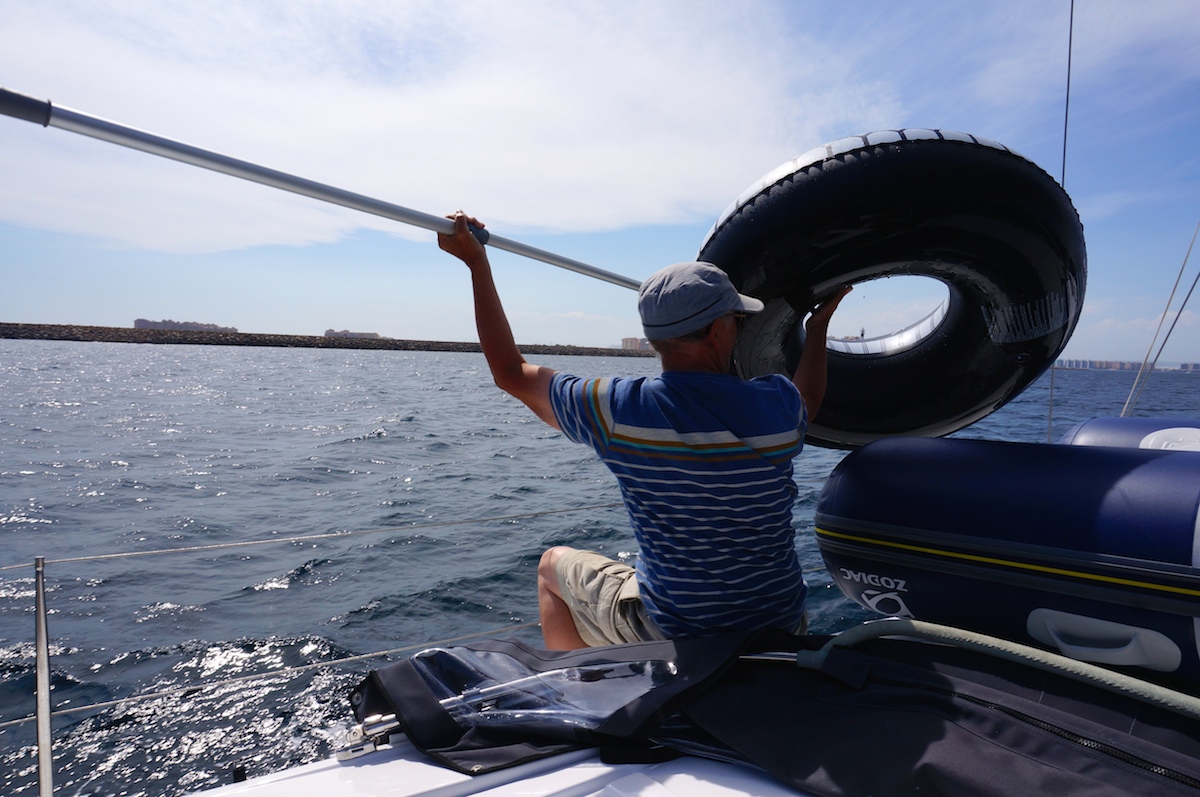 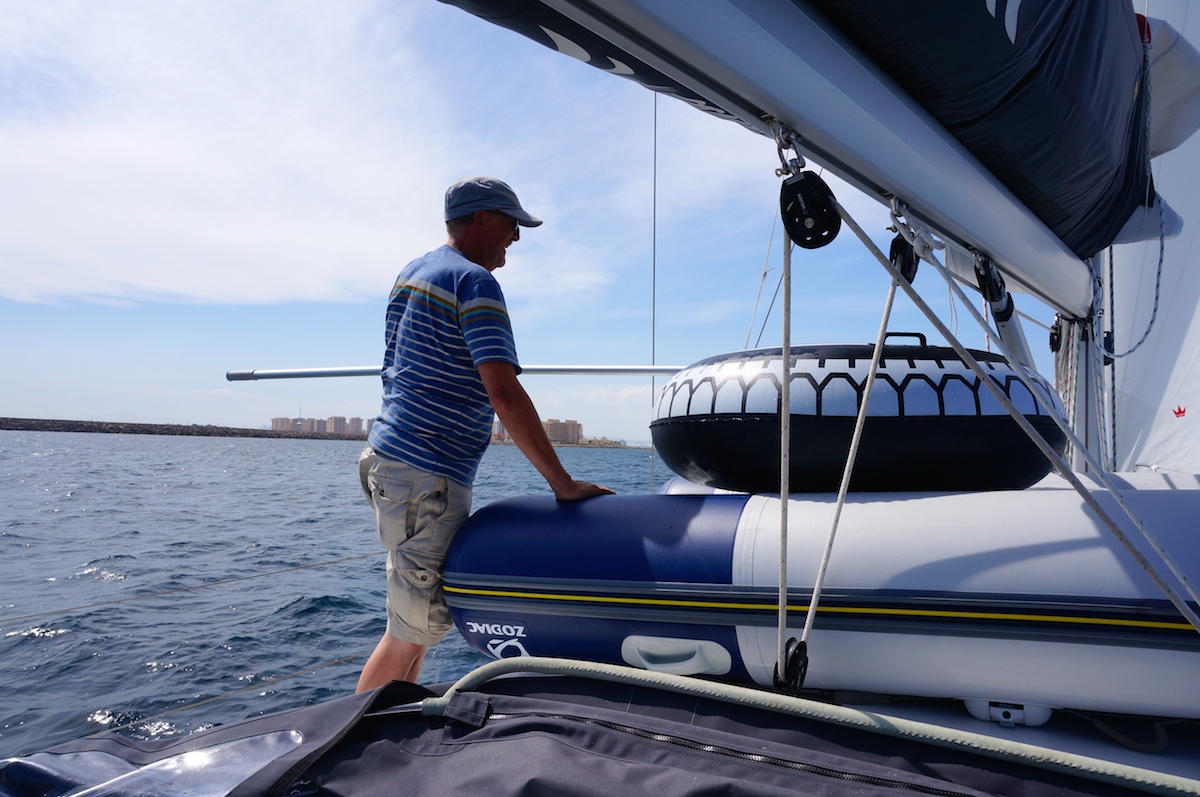 Mar Menor is a huge inland sea which can be accessed via a canal. We hadn’t really planned to go in there and when we got there we’d already missed the bridge opening time so it wasn’t really an option – but I did feel like we were maybe missing out when we saw one of our AIS buddies in there. C’est la vie!

There were a few anchorages that we were considering though, depending on the wind. Our bad-weather option was the anchorage in the still-to-be-built marina just outside the canal, however, with little wind and swell predicted we decided to anchor just off the beach and it suited us just fine. 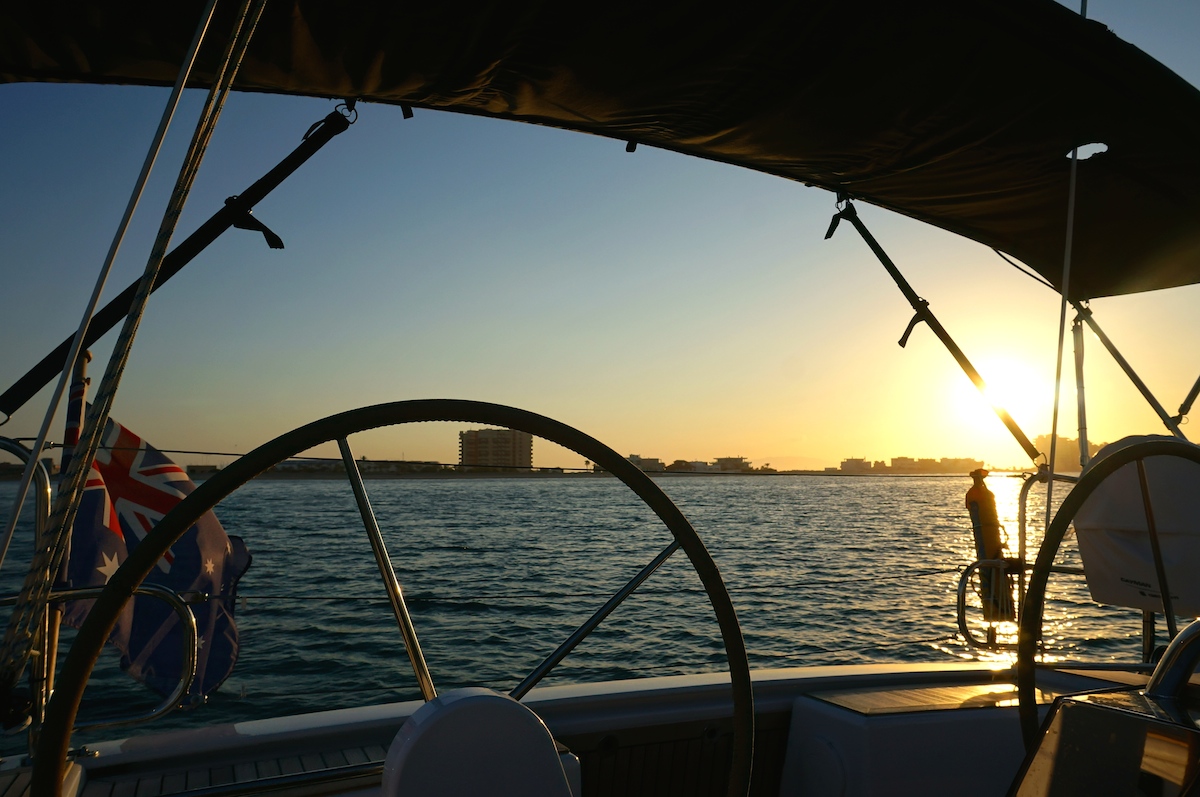 The next day the breeze was lovely and Simon challenged us to sail off the anchor. Challenge accepted and achieved! It was another first for Interlude. Next stop Alicante!