Our overnight sail from San Blas to Panama’s Shelter Bay marina went without a hitch. If anything we were sailing too quickly so had to reduce the sail area to slow us down as we wanted to arrive during daylight.

Sailing into the area was pretty full on. Huge tankers everywhere, the radio buzzing with ships wanting to depart or dock. We radioed to gain entry to the inner harbour and got told… ‘Sure, just keep out of the way of the shipping containers.’.  Top advice mate! With such deep insight we guessed he must have been the supervisor. 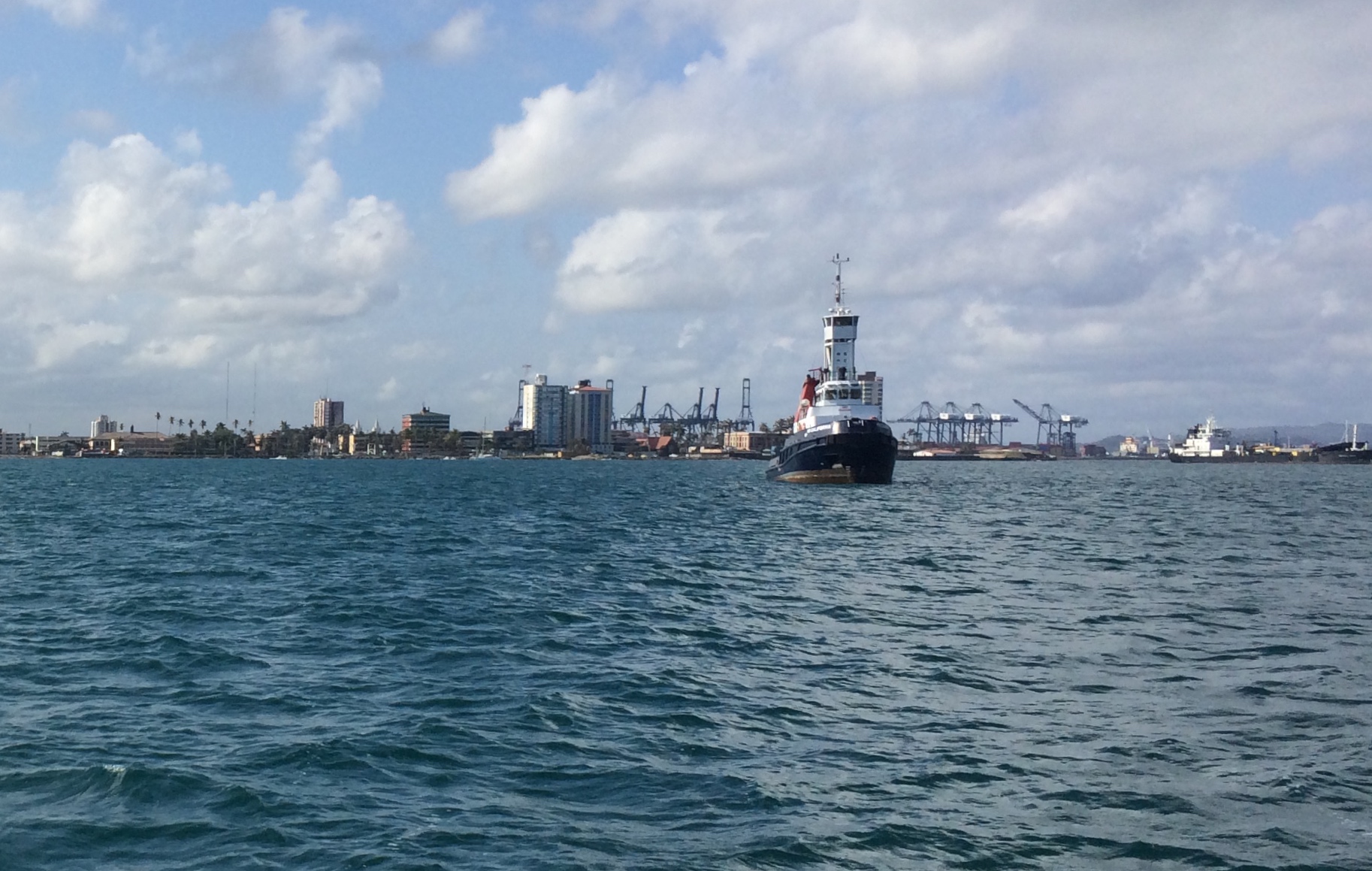 We weaved through the vessels and made it safely over to Shelter Bay marina where we’ll be spending a few days getting our documentation for the canal sorted, final (why do I keep saying final when there’s no such thing on a boat?) fixes to the boat, provisioning for the Pacific, and (hopefully) a few hours drinking cold beers in the pool here.

First impressions of the marina are great. It’s a hive of activity that very much reminds us of Las Palmas before the ARC rally. Boat projects are being tackled everywhere, some of which seem quite serious. There’s a lot of people that seemed to have run into bad weather off the Columbian coast which I mentioned a few posts back. We were lucky I think through here and kept well away from the coastline. Looking at some of the damage and hearing some of the stories I’m glad we decided to play it safe.

We also met back up with Pippy and Richard, a Kiwi couple we ran into and sailed with for a few days over in the Isles des Saints area. There are loads of other Ozzie’s and Kiwi’s here as well. You can really tell we’re about to start this last (huge) leg back home. Some of these guys have been cruising away from home for years but the draw of kids, or grandkids, seems to be pulling them from the sea back to land.

Our agent, Erick, turned up moments after we docked and helped us with all the documentation and booked our meeting with the Canal officials. So far Erick has been amazing with his help and support (taking a boat through the Panama Canal isn’t the most straightforward process). He couldn’t stay long though as immigration decided to raid the marina and I think a few boats might have been ‘bending’ the visa rules a little so he shot off to help smooth over any issues.

Talking of visas, we’ve always been quite by the book when it comes to checking in/out of countries. Some cruisers we know don’t bother and wing it and I’m sure they save quite a bit of time, and cash, doing so. I like being able to sleep at night and it’s one less thing to worry about. We proudly showed our passport stamps we got over in San Blas to the machine gun toting official who seemed pleased we’d done the right thing. At least we didn’t have to run and hide in the pool like some people we saw. Haha.

Like clockwork the canal officials turned up the very next morning and measured our boat, inspected everything and got us to sign 100 more documents. Honestly I have no idea what we’re signing and he could very well own the boat, Helen, and several of our internal organs by now but he seemed friendly enough so we’ll trust him I guess.

At the end of the inspection he smiled, said we were good to go then handed over our Transit number! Woohoo! 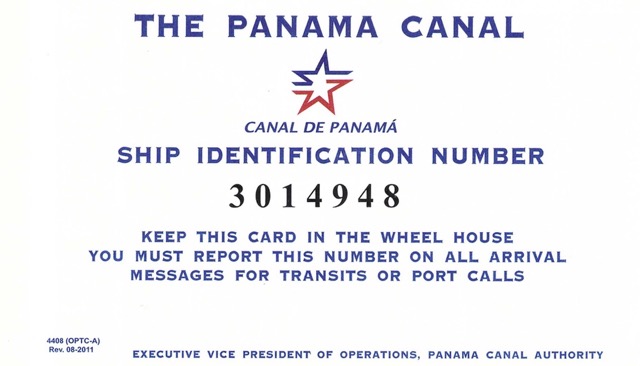 Erick has booked us in for a provisional transit sometime on Tuesday the 31st of March. So we have a few more days to prepare and then we’ll be off!