Today we headed down the coast towards Cartegena. During our trip we passed Hotel Legal. We read in the guidebook that this hotel was completed and ready for opening when it became entangled in a dispute and was declared illegal. The hotel is huge!! It’s mammoth! It made me furious that it had got to the stage where it had been built, declared illegal and now the cranes are there ready to tear it down. For one thing imagine all the resources and the environmental impact. And for another imagine the waste – surely there’s a better fate for this hotel? Can’t it be turned into an old people’s home, a university, something?? 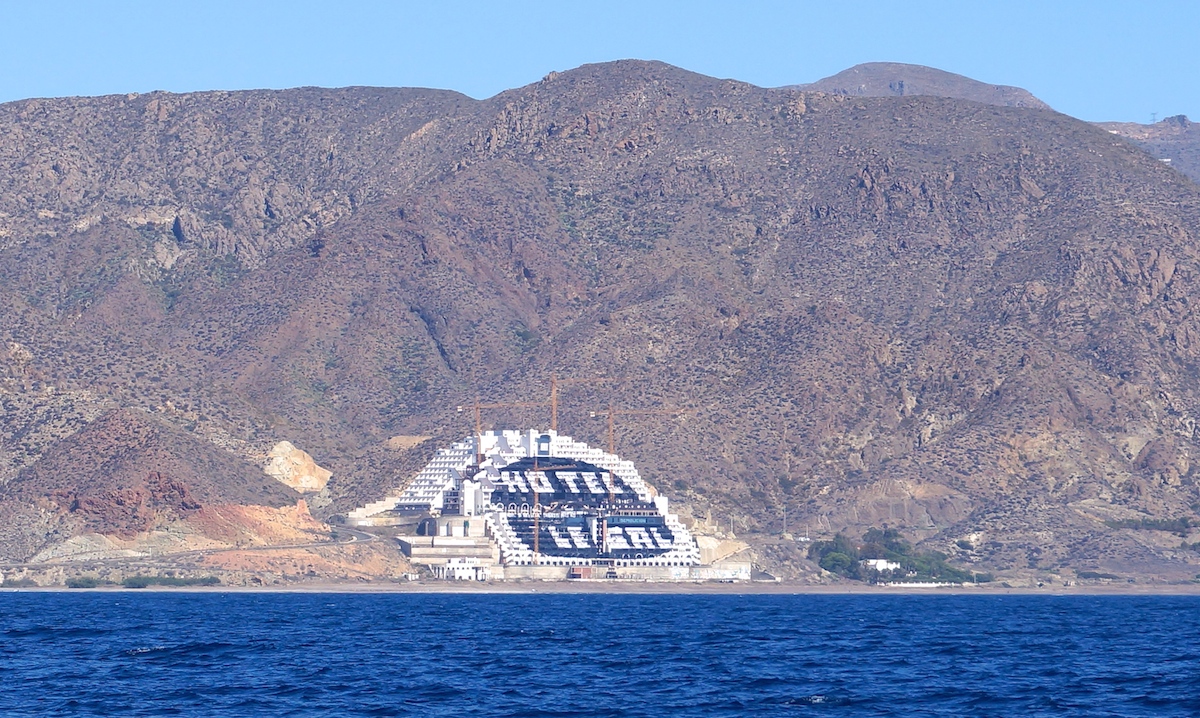 Anyway it eventually disappeared from site along with my fury. We weren’t sure weather we would head straight into Cartegena or stop off at an anchorage just outside, Salitrona. As always it depended on the weather but by the time we arrived it seemed good so we swung by the anchorage and dropped our hook. Another day without marina fees! 🙂 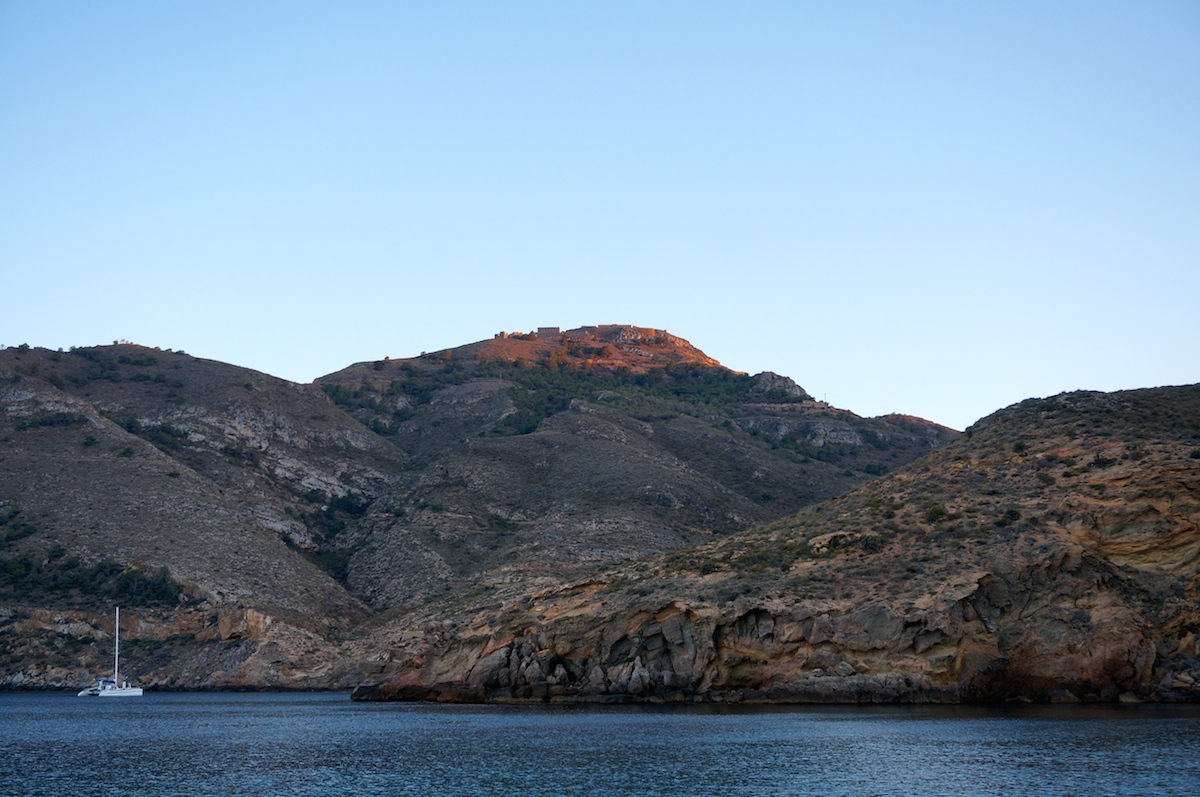 When we got there, anchored in the bay was a huge party cat, blaring music out. Yes we’d finally arrived in the Med. We spent a few hours enjoying the sunshine, swimming in the bath-tub warm waters and being entertained by the partiers who danced and dived all afternoon. Finally a horn blew and five minutes later the cat headed out and peace reigned again. Just in time for us to enjoy dinner and drinks peacefully in the cockpit. 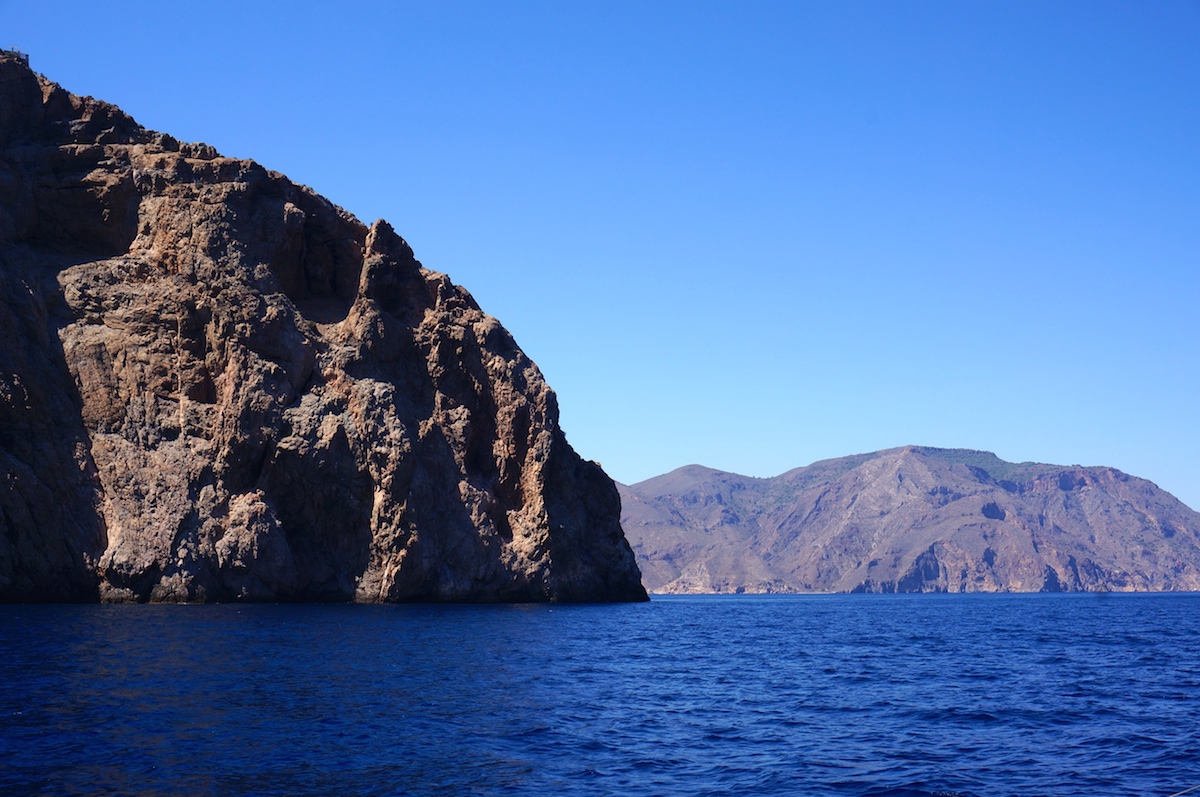 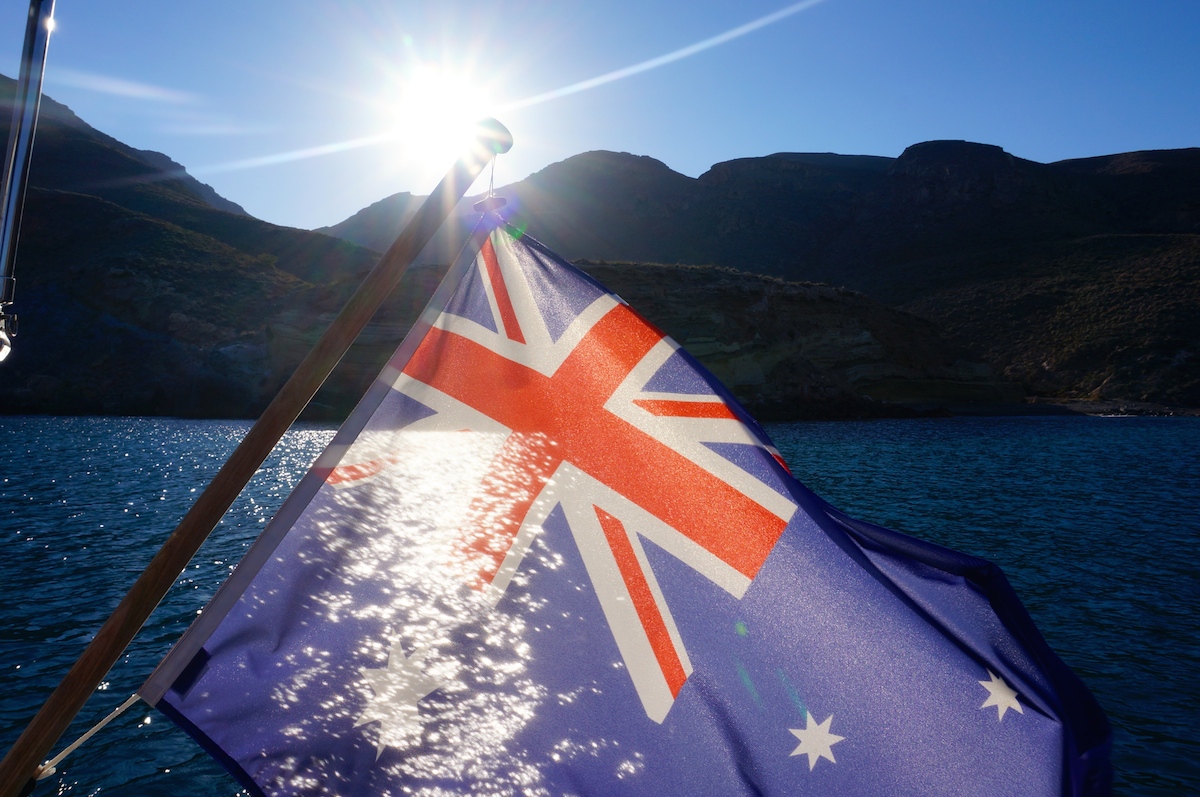 The next day we took the short hop across to Cartegena.

Everyone raves about Cartegena so we were really looking forward to it. It was great to be back in a little town after the smaller places we’d visited. The town was pretty quiet as it was Sunday and the shops were shut. We had a not-so-great lunch and a fantastic coffee and cake. 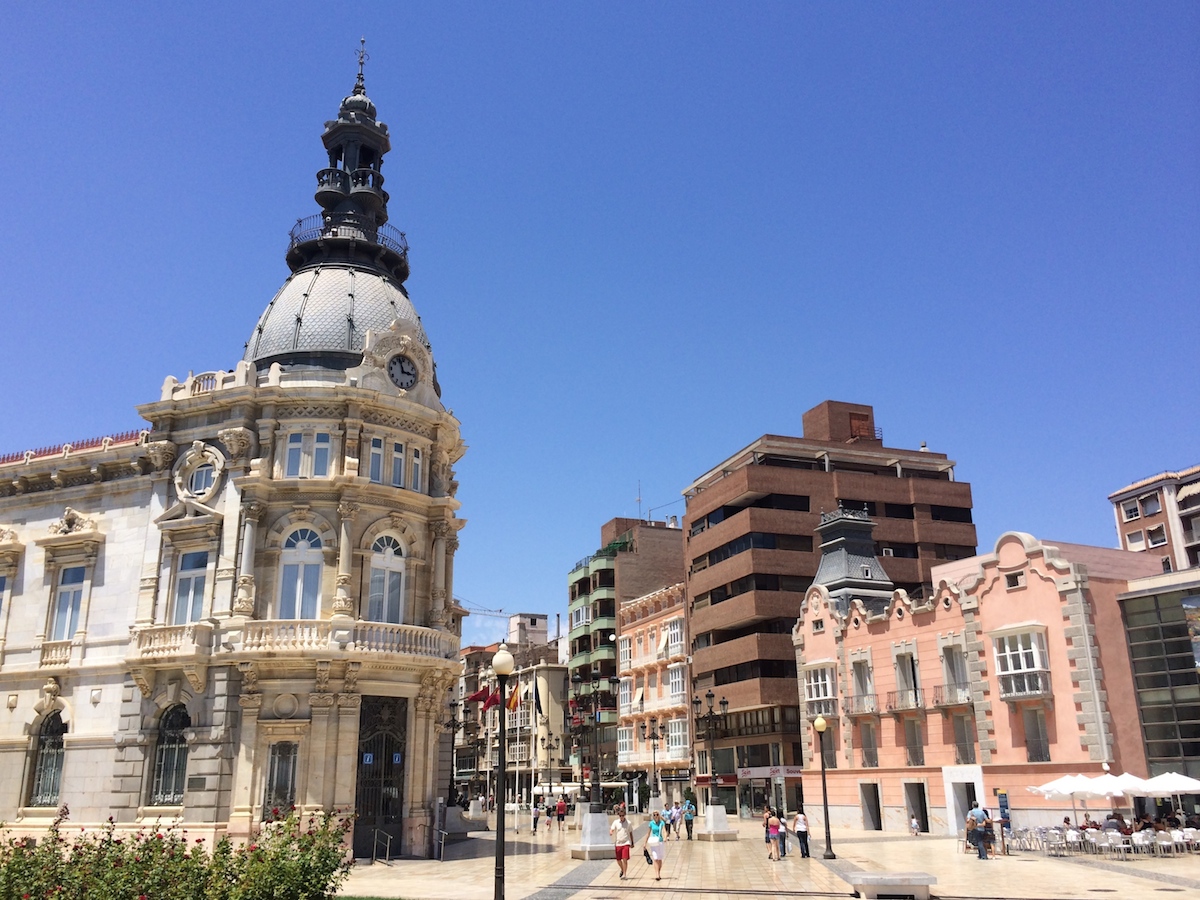 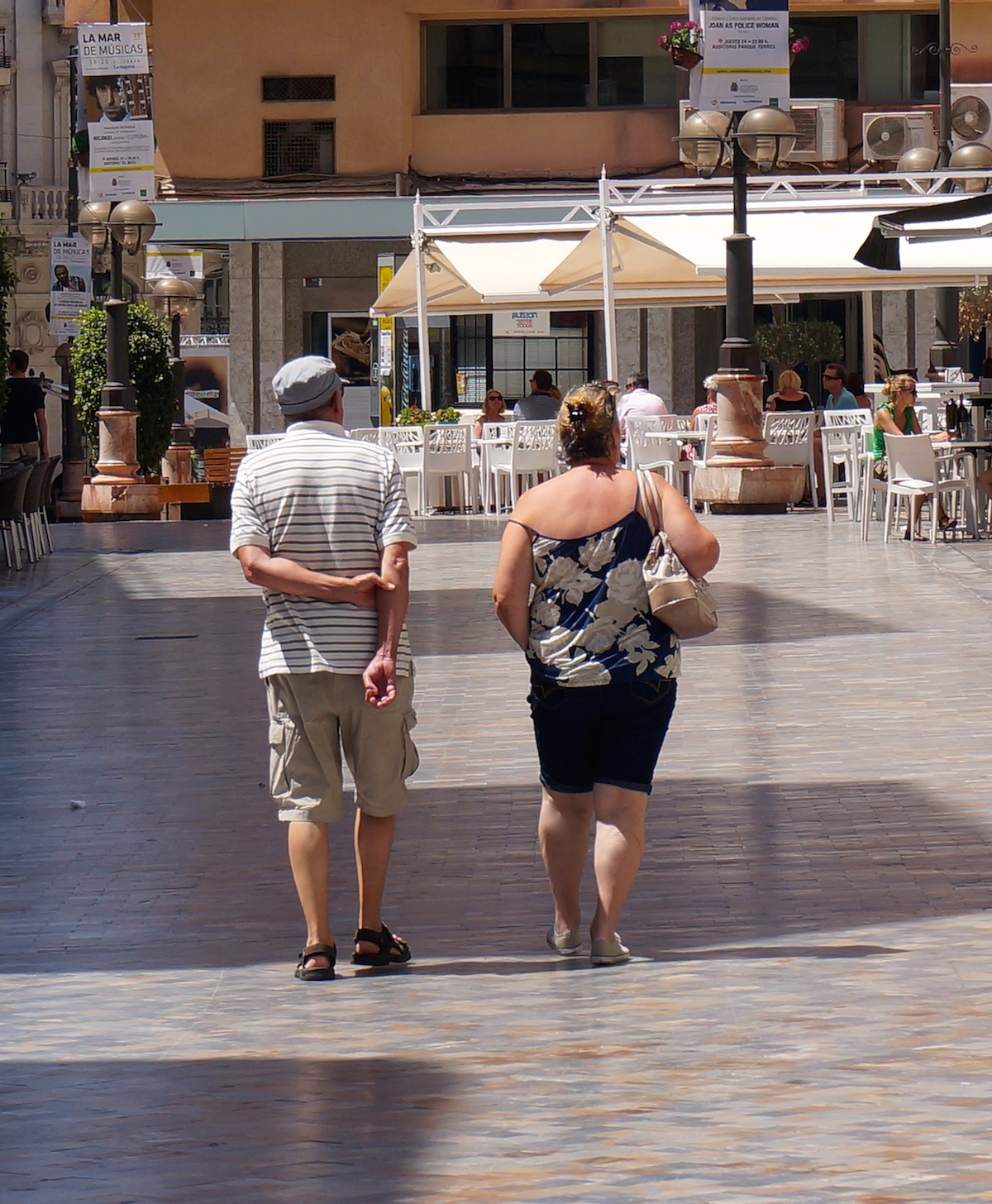 We found the Amphitheatre and started to head higher and higher to get a better view. 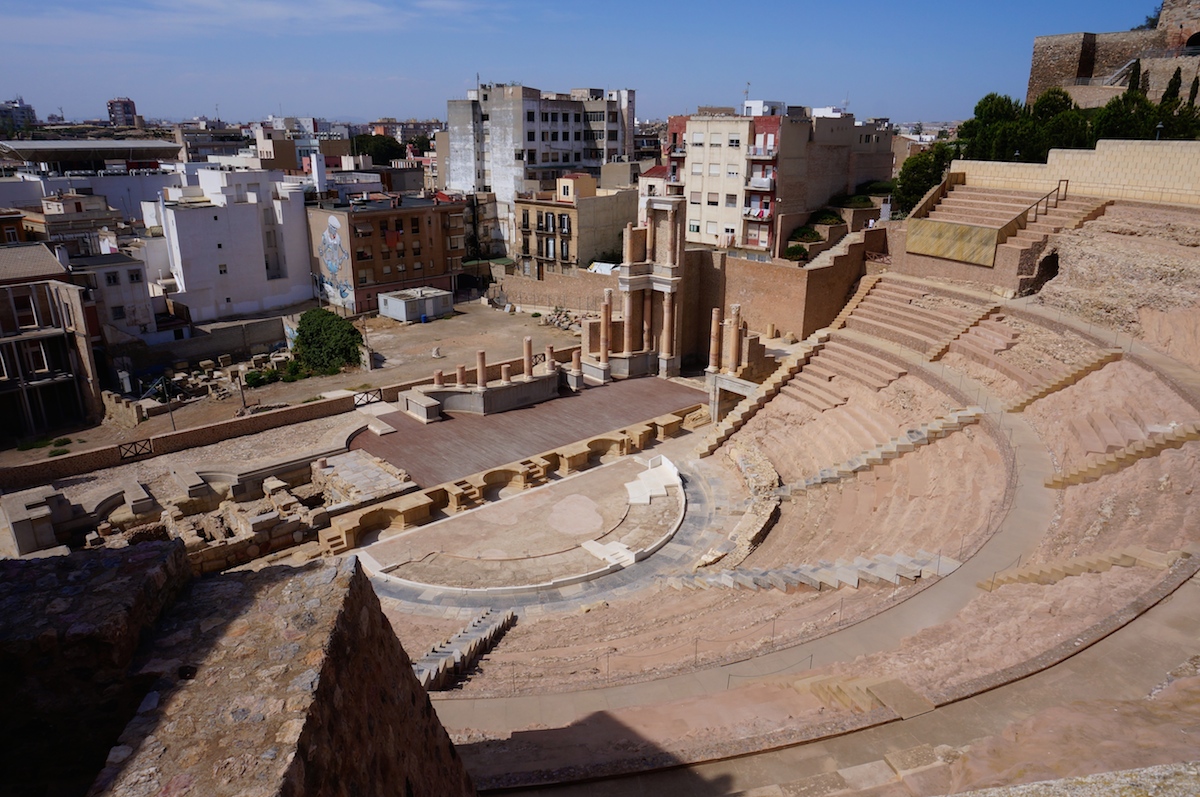 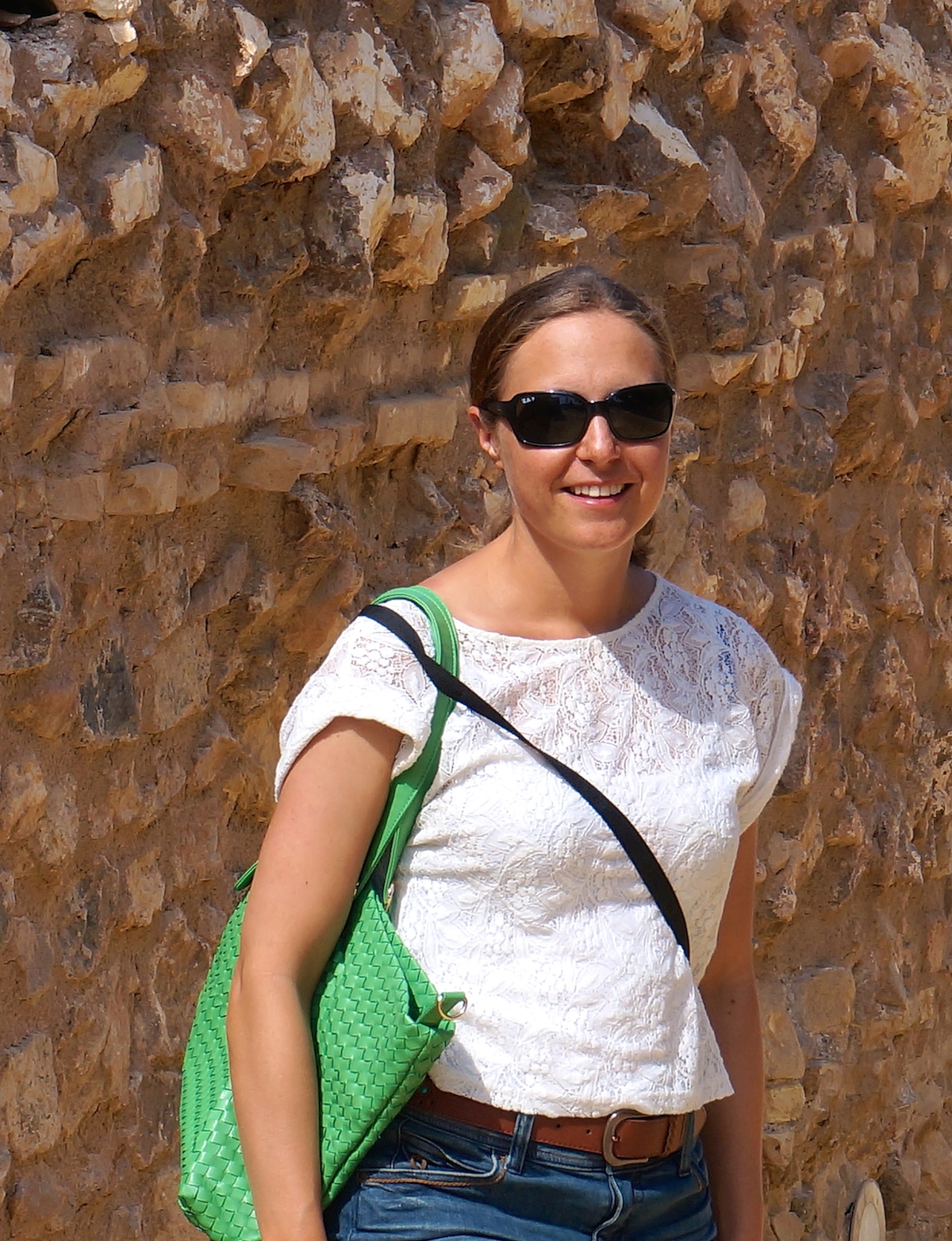 We’d heard about a lift that took you to the top for a Euro but didn’t come across it. Instead we just took it one set of steps at a time, working off the cake and finding a new view with every climb. Before long we were just below the castle with a great view out of the marina and out to open sea. It never ceases to amaze me that we’d sailed in and would be sailing out that way again. Land life and sea life seem so unrelated.

There was so much infrastructure in place here for tourism, including a deserted ice-cream hut, yet there was hardly a tourist in sight. To enter the castle was 3.5 Euros or you could get a special ticket that included some of the other attractions such as the amphitheatre, however, we didn’t feel like paying as we’d already seen so much of it for free. We did eventually find the panorama lift – a metal structure – but since we’d already made the climb up it seemed silly to take the ride back down again.

We had a lovely dinner in one of the back streets – one of those three-course set menus that leave you completely stuffed and yet completely happy. The restaurant owner was a huge character and kept us entertained while a small yapping dog annoyed all the customers (except the owners who seemed oblivious).

The next day a cruise liner appeared in port as promised by the guide book. Perhaps the ice-cream hut will open for them?

We toyed with dropping off Simon’s mum and Dad here in Cartegena, so they could take the bus to the airport from here, but instead decided to carry on the adventure with them for another couple of days and head to Alicante. We did a flyby of the enormous cruise liner and headed back out to sea.