After recovering from NYE we sailed round a few miles to Clifton. The winds were still strong and boats were darting about all over the place trying to find shelter. We were basically doing the same until the weather improved and we could visit the Tobago Cays, the small islands this area is famous for.

Clifton Harbour was tricky to navigate. There are two channels with reefs in the middle and to the sides. We had planned on a spot where we’d go but upon entering the harbour quickly discovered this area was full. We also picked up quite a pushy boat boy at this point who was adding to the stress levels. High gusty winds, narrow channels lined with reefs, some guy yelling at us to follow him… a calm captain does not make!

In the end we did take him up on a mooring buoy but navigating through the other boats swinging wildly around and then through the reefs was hard work. We ended up really close to the main reef protecting the harbour and quickly got our lines on. Was a great spot right next to the Kite Surfing school and we spent many an hour watching the nutters in 30 knots of wind throw themselves high into the air doing tricks.

I dived into the water to check the line from the buoy to find our boat was attached to the seabed via a 5mm bit of string as the main thick line had rubbed through! We quickly added two of our own lines directly to the metal chain part that leads to the concrete cube holding us. At least we could sleep a little better at night now!

Clifton is a pretty little town, it has a few little restaurants, bars, and good hiking. We decided to do all of these as we were trapped by the bad conditions and had a bit of time so wanted to explore. The hike around the island was amazing. Was great to be away from the main hubs and see life as it’s lived by the locals. They don’t have much, and what they do have is very much in decay, but everyone we met was happy, offered warm smiles, and greeted us as we walked past. 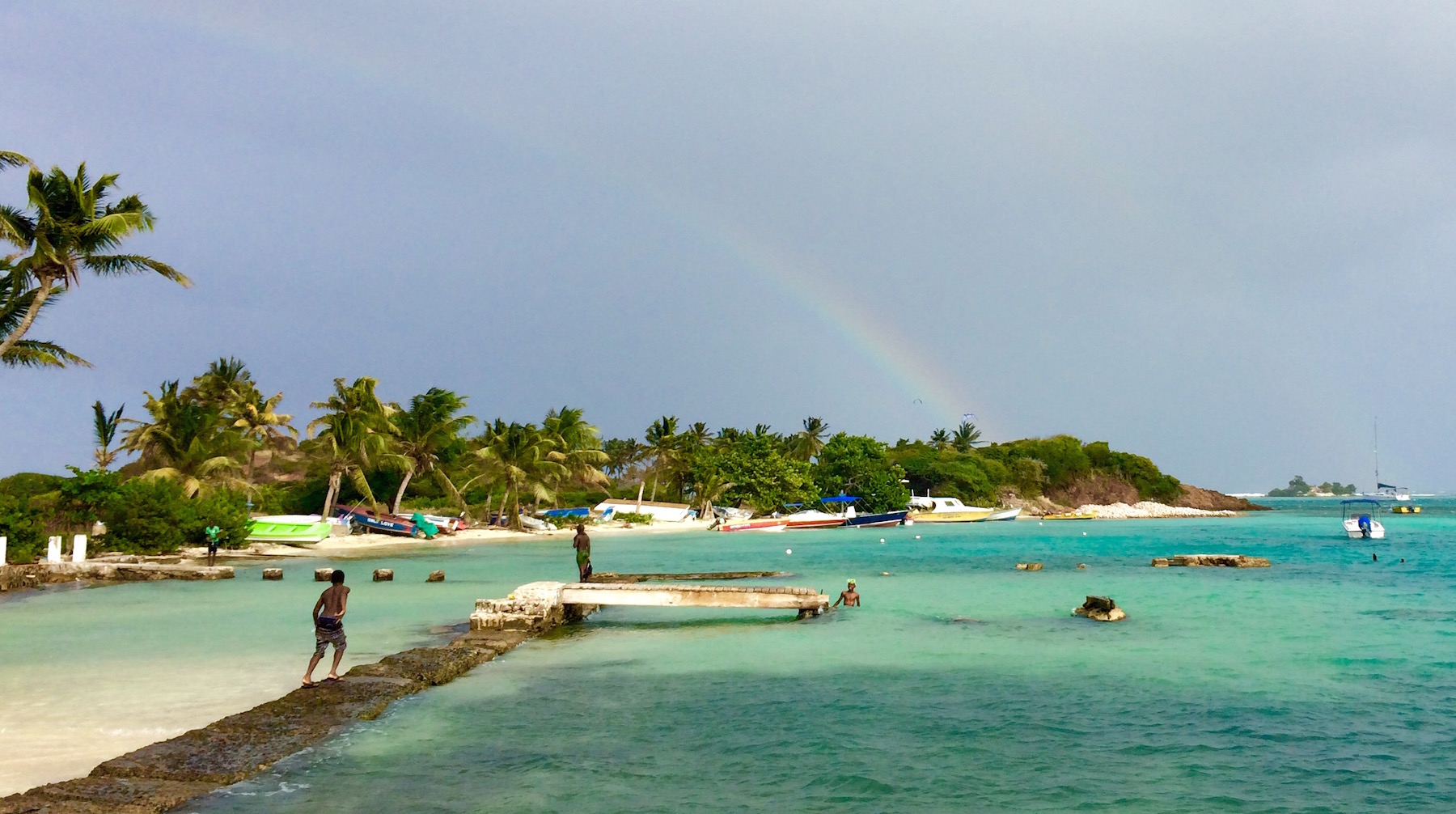 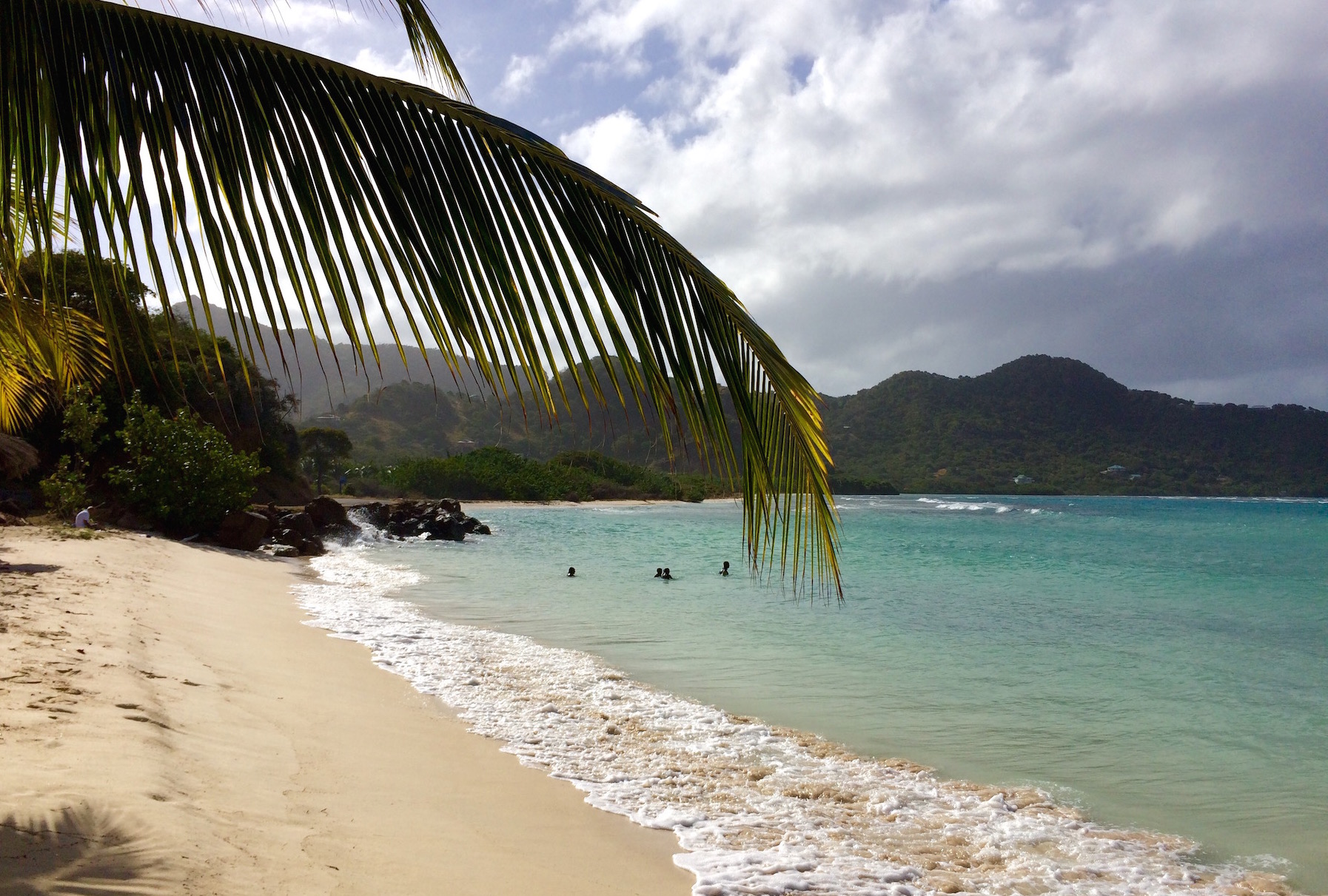 We also took the time to start our onwards paperwork. Panama and the Galapagos Islands both require a lot of visas and permits so it was time to get the ball rolling on these. We have started to get an idea of where we’re heading and when. It’s good to have a plan in place as you can spend days going around in circles with this stuff!

Clifton town was great to hang out in for a few days. We visited a lot of the small cafes and bars, chilled out watching the world go by, and finally had a chance to relax. We tried doing some provisioning but the supermarket wasn’t exactly Tescos (aka Coles) so picked up a few drinks and made do with that. 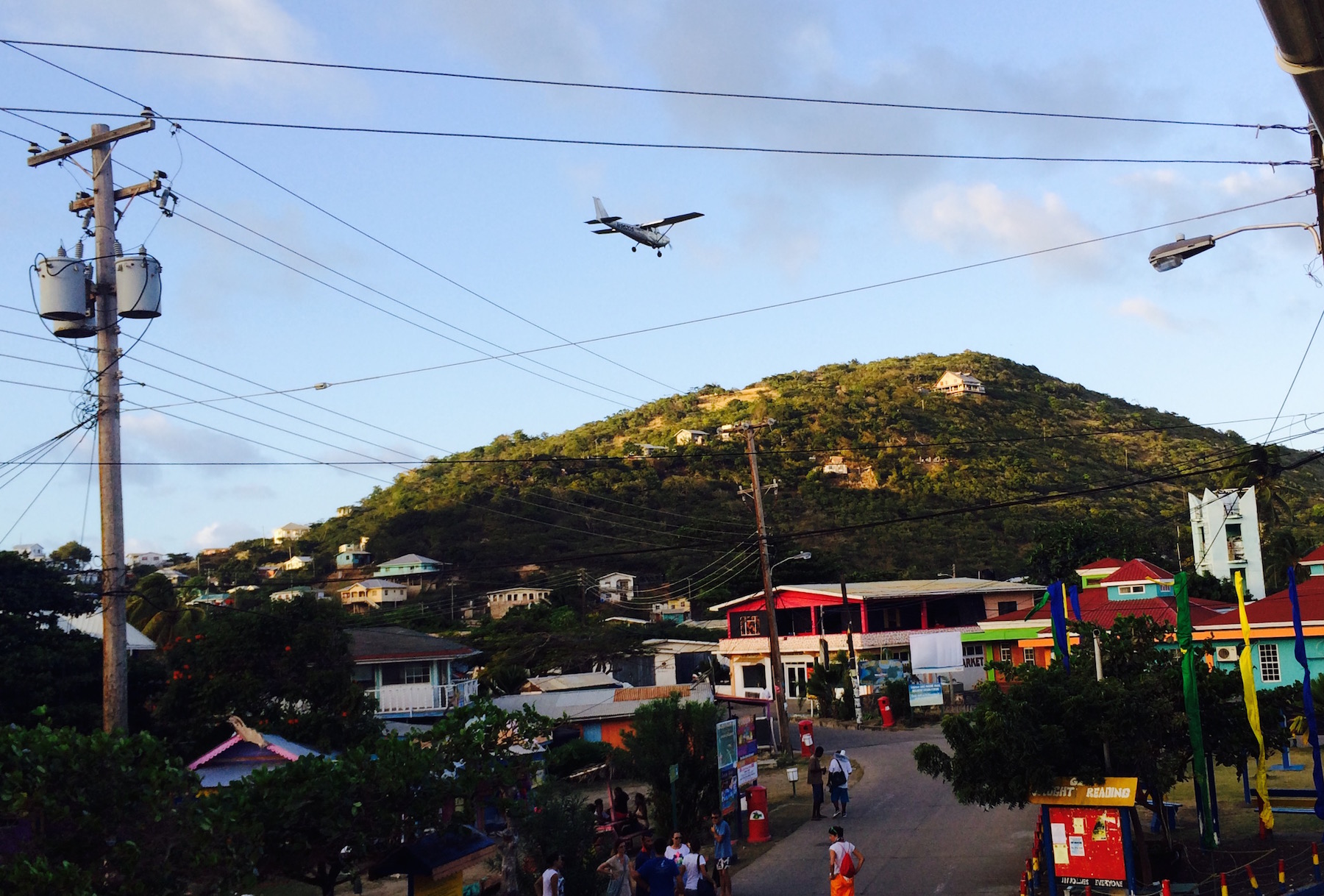 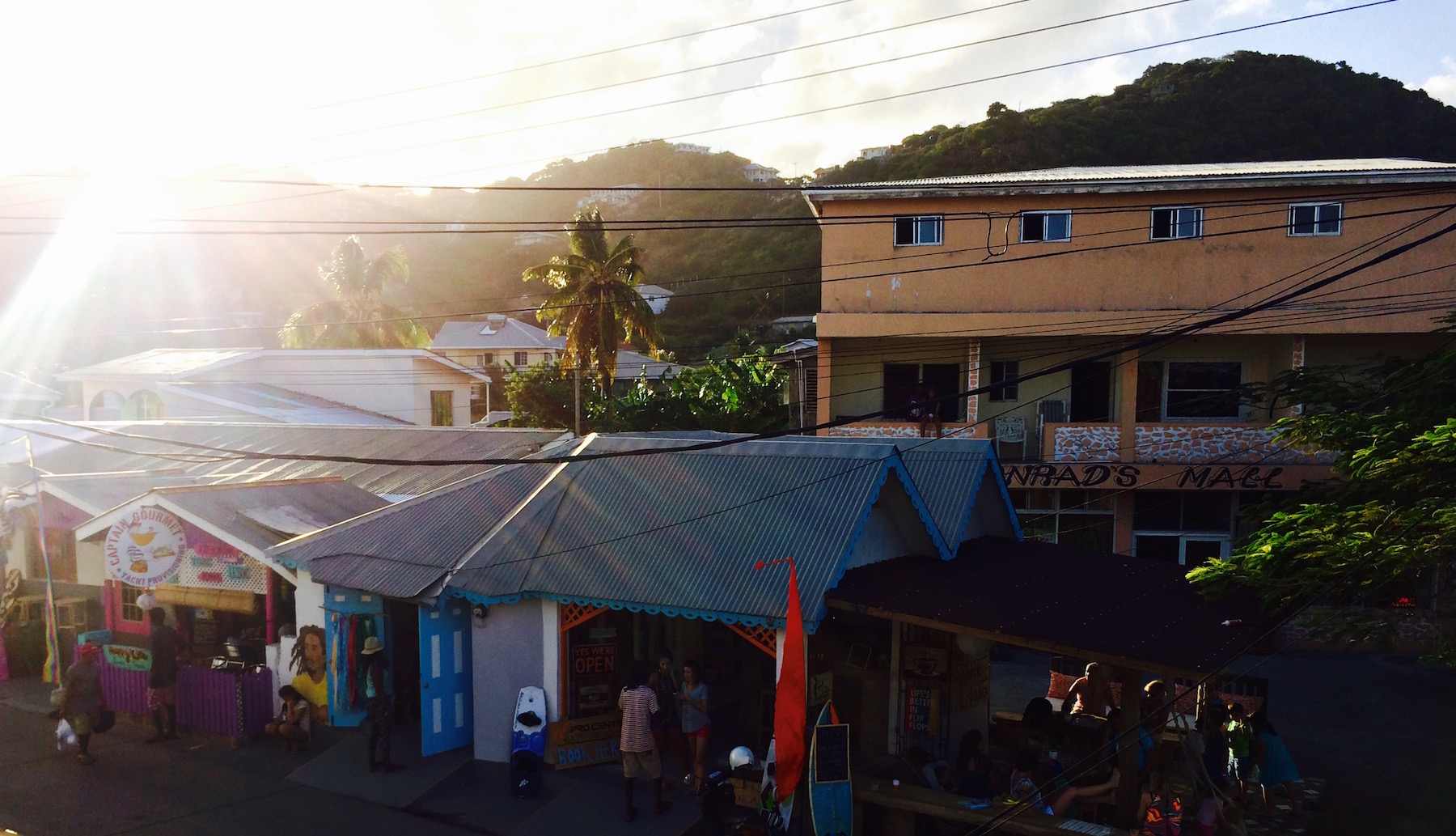 The last night was full moon. The guy putting on the drinks and food was the owner of one of the local bars and told us there were always hundreds of people. He expected over a thousand so we were excited. It was being held at the Kite Surfing School on the beach right next to us so we watched the build up. There were some amazing surfers in LED suits flying around but we decided to stay on board as the view was better from the boat and there didn’t seem to be that many people there, hardly the hundreds expected.

The wind continued to howl for the four nights we stayed. I think this is effecting what people are up to as its very hard to visit places without good protection. Some mornings were especially gusty with huge fronts hammering us. 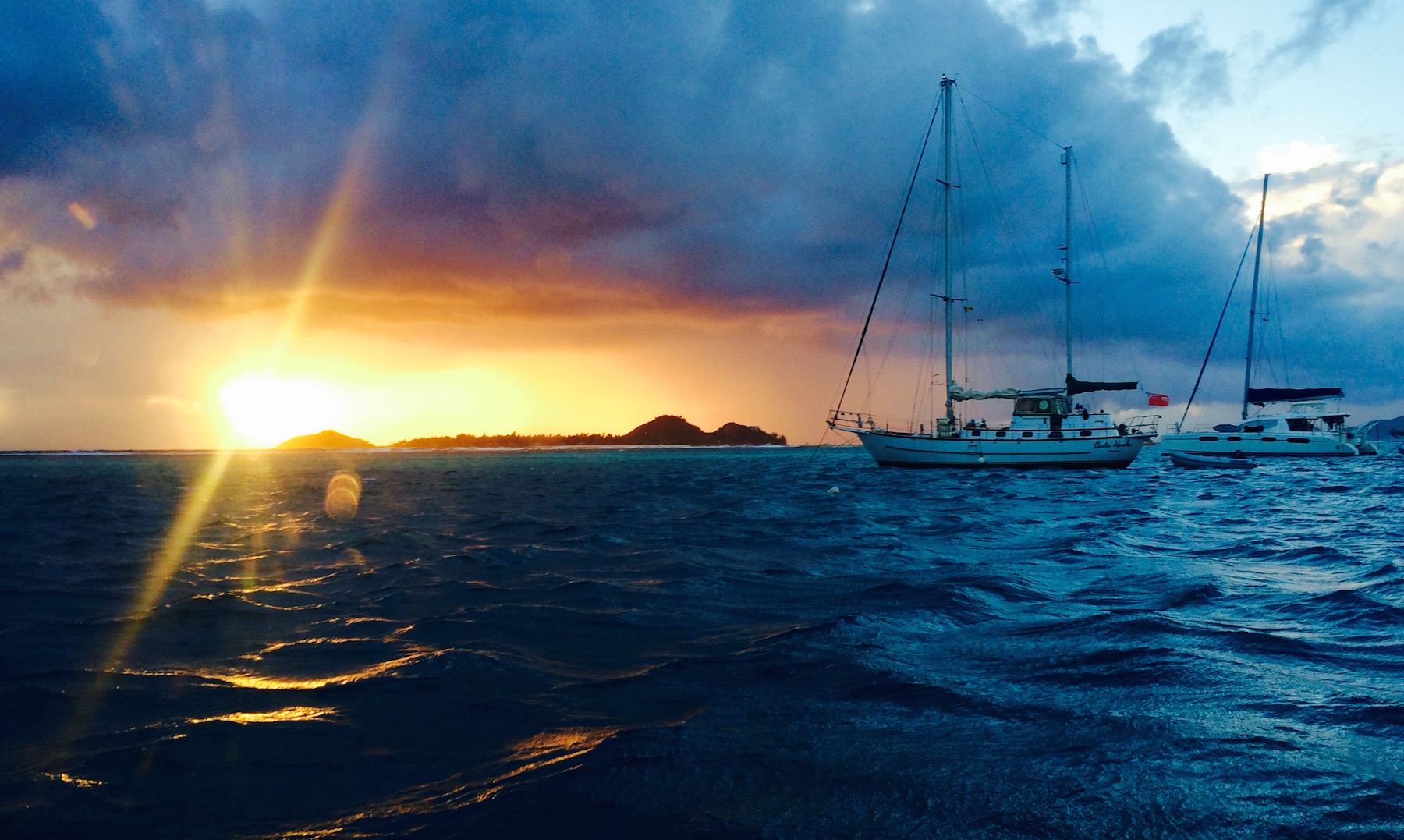 In the end though we decided to slip the lines and sail over to some smaller islands we’d heard about as we’d pretty much done Union Island end to end.